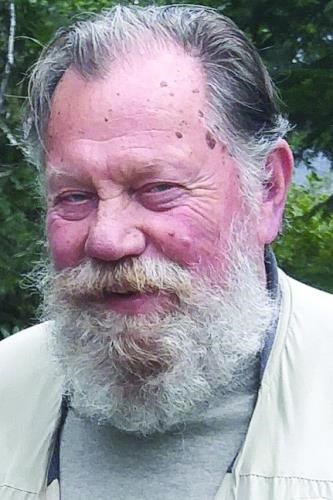 Terry LeRoy Ward, of Ocean Park, WA, entered the presence of his Lord on July 12, 2021. Terry fought a long battle with heart failure, living his last years powered by an LVAD heart pump. He spent his final days, at home, surrounded by his family.

His memory will forever be treasured by his wife of 35 years, Bonnie Ward, and his family: Andy & Cindy Howe of Prosser, WA (Arthur, Alex, and AJ), Jason and Christine Ward, of Wasilla, AK (Michelle, Samantha, Jillian, Emily and Richard), Brenda and Paul Crofton, of Gresham, OR, Karen Ward, of Prosser, WA (Jacob, Robert and Megan), Challis and Jen Ward, of Kennewick, WA (Kristine, Hailie, and Aubrie), Terra Sampson, of Pasco WA (Jane and William). He also cherished his eight Great-grandchildren.

Terry was born 5/12/1947 to Armon and Millie Ward, in Cottage Grove, OR. He spent his childhood in the woods and waters surrounding Lakeside and Coos Bay, OR. In 1966, he married his first spouse, Nancy McDonald. Their union was blessed with three children. Terry was a Viet Nam Veteran, having enlisted in the U.S. Navy in 1966. He served in the Seabees Construction Battalion in Viet Nam. He continued his life's career as a Heavy Equipment Mechanic and Welder. He worked at the Hanford Nuclear Reservation, overseas in N. Africa, Halton Tractor in Longview & Portland, and other logging and manufacturing positions. In 1986 he married his current wife, Bonnie Van Dyke. They made a home for their large blended family in Prosser, WA. They later relocated to Longview, WA, where they lived for many years, eventually retiring to their vacation home in Ocean Park six years ago. Terry loved digging clams, walking on the beach, spending time with his family, and hot rods His faith was the directing force in his life. His playful sense of humor surrounded him with laughter, especially during game nights with friends. Children gravitated to him, to his delight. This special man graced our world.

Terry Ward's life will be celebrated on August 7th, 2PM, at Abernathy Assembly of God Church, 702 Abernathy Creek Rd., Longview, WA. He was a longtime member and Board Member of the Abernathy Church. The service will include an opportunity to share memories.