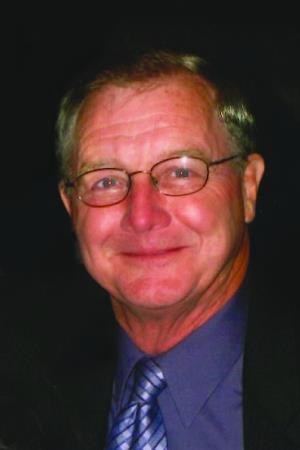 Long time Rainier resident, Tomey (Tom) Ray Greer, age 74, lost his battle with cancer on January 30, 2021. He passed at home, under Hospice Care, with his family by his side. Tomey was born on March 11, 1946 in Seattle, WA to his parents Dale & Ceceil (Freerksen) Greer. He graduated from Warrenton High, in Warrenton, OR, in 1965.

In April of 1966 he joined the U.S. Navy. On completion of Boot Camp he opted to go to submarine school in New London, Connecticut. He was then assigned to the USS Bugara, stationed in San Diego, California, where he served the rest of his 4 years, of which included 2 tours to the VietNam waters. On Sept. 2, 1967 Tom married Anne Sold. They have two sons Ron and Greg (wife Tara), a grandson Kody and a granddaughter Keara.

Upon being discharged from the Navy in 1970 Tom & Anne moved to Rainier, OR. There he obtained employment at Reynolds Metals in Longview, WA and became a journeyman millwright, retiring after 30 years of employment.

Tom enjoyed hunting, fishing, photography, wood working, and loved cutting fire wood. Some of the most special times in his life were golfing with his grandson, Kody and looking forward every year to going hunting with his boys, Ron, Greg, and Kody, along with his other hunting partners, Alan, Ron & Dennis. Tom was an active and well-respected member of several Masonic lodges and the Grand Lodge of Oregon for which he was awarded the very prestigious position of Honorary Past Grand Master. He was also a member of Al Kader Shriners, Scottish Rite and Knights Templar of Oregon. In addition, Tom was an active volunteer in his Rainier community as a member of NBVM Catholic Church and the Rainier Cemetery District.

Tom is survived by his wife, Anne, of 53 years, his sons, daughter-in-law, and grandchildren. One sister Betty (Dewie) Lafevers, two brothers Terry (Darlene), and Richard (Eva) Greer. Several nieces and nephews. Tom was preceded in death by his grandparents, parents, and two sisters; Noreen (Tootie) Sold & Janet Doney. Since his death his only living sister, Betty Lafevers, passed away July 7, 2021.

Published by The Daily News on Jul. 30, 2021.
To plant trees in memory, please visit the Sympathy Store.
MEMORIAL EVENTS
Aug
14
Memorial service
1:00p.m.
Rainier High School auditorium
WA
MAKE A DONATION
Please consider a donation as requested by the family.
MEMORIES & CONDOLENCES
1 Entry
I am so sorry for your loss, I was an apprentice under Tom at Reynolds. He taught me a lot. I really liked working with him. He was a good man!
Marty Kjose
Work
July 31, 2021
Showing 1 - 1 of 1 results