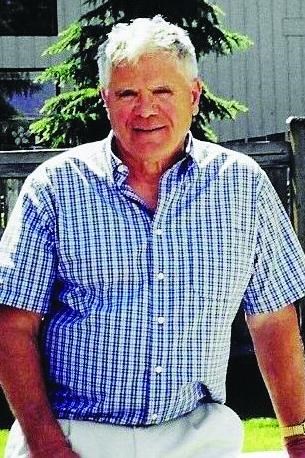 Bill was preceded in death by his wife, Marilyn. He is survived by sons Steve Linden (Carol) of Maricopa, AZ, Tom Linden (Lorna) of Tumwater, WA, his daughter Lori O'Neill (Bob) of Yakima, WA, seven grandchildren and eleven great grandchildren.

Bill enjoyed a 36-year career with Weyerhaeuser, working in Everett, Aberdeen, & Longview. He retired to Brinnon, WA on Hood Canal in 1995.

No services are planned at this time.

Published by The Daily News on Sep. 8, 2021.
To plant trees in memory, please visit the Sympathy Store.
MEMORIAL EVENTS
To offer your sympathy during this difficult time, you can now have memorial trees planted in a National Forest in memory of your loved one.
MAKE A DONATION
MEMORIES & CONDOLENCES
4 Entries
I was in your parent´s wedding as a bridesmaid, you three children were all born when you lived in Everett. Our families had many great times together. At your dad´s last high school reunion, we reconnected, spending most of the time talking zabout you , his children. He was proud of each of you, we corresponded after that and had planned to meet in Seattle for lunch. Then the pandemic. Your dad was a "good" man and I admired how he had led his life. Family was everything to him. Hope you three remember all the good times. SHIRLEY MORROW
Shirley Morrow
Other
September 20, 2021
My sincere condolences to the Linden family with the passing of Mr. Linden. Our family, the Anderson's, had many wonderful times with the Linden's. Skiing at Mt. Pilchuck and camping trips to Camano Island State Park. I will never forget Bill banging on pots and pans in the early morning hours at the Camano campground trying to get the crows to pipe down. Marilyn and my mother led our cub scout pack. After ski trips to Pilchuck, we always had a burger dinner at the Hilltop Drive-in on our return to Everett. What fun days with the Bill Linden family. Rest in peace Mr. Linden.
Neil Anderson
Friend
September 11, 2021
My condolences to the family. Bill and my brother Bill Gall grew up and graduated from Everett High together. As Bill Gall's little sister, I have fond memories of playing at the family home on Rucker Avenue.
Mary Gall Murphy
September 9, 2021
Condolences to the Linden family for the loss of Bill. He and Marilyn were first introduced to me at Hoodsport's St. Germain Church, where we discovered our shared Everett roots (Trinity Episcopal Church, Everett High School, Rucker Avenue). Bill's efforts at both St. Andrew's House and St. Germain were significant, meaningful and much appreciated. I'm grateful that our paths crossed and offer prayers for Bill's and Marilyn's everlasting peace.
Matt Hornyak
Friend
September 8, 2021
Showing 1 - 4 of 4 results