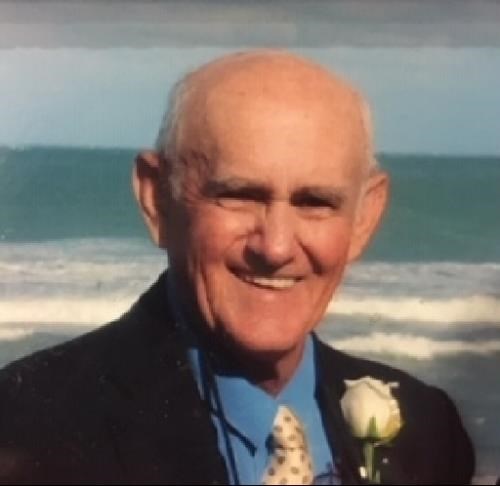 Alan "Al" E. Malkasian, 80, passed away on August 10, 2019 at Cape Cod Hospital surrounded by his loving family. Born in Worcester, MA on October 31, 1938, he was the son of the late Hagop and Caroline (Freeland) Malkasian. He is survived by his dedicated wife of 57 years, Barbara (Harrington) Malkasian, his 3 daughters: Christine and her husband Larry Smith of Harwich, MA, Lynn and her husband Paul DeVore, Jr., of Beltsville, MD and Kathy Malkasian of South Dennis, MA. He is also survived by his brother Neil Malkasian of Whitefish, MT. His pride and joy were his 8 grandchildren: Laura, Alison, Shannon and Kyle Smith; Rachel and Anna DeVore; and John and Jenna Richard.

He was raised in Auburn, MA and graduated from Auburn High School in 1956. He earned an Associate Degree in Industrial Engineering from Worcester Junior College; Bachelor's Degree in Business Administration at Nichols College; as well as earning his Master's in Education at Worcester State College. He was a Math Teacher for 33 years and retired from Bay Path Regional Vocational Technical High School in 1999.

His biggest passion in life was baseball. He signed as a Pitcher with the New York Yankees in 1961, and drafted and played for the LA Dodgers from 1962-1965. He continued his pitching career with the Boston Parks League for 16 years, retiring with a pitching record of 64-29, and was inducted into their Hall of Fame. He coached baseball in high school, Nichols College, American Legion, and the South County Orioles. In 1985, he was voted the New England Division III Coach of the Year. He was instrumental in bringing the Stan Musial Semi-Pro Baseball League to Worcester County in 1977. He continued his love of baseball by umpiring high school and college baseball games, American Legion, and the Stan Musial League, as well as in the Cape Cod Baseball League.

He loved Cape Cod and spent memorable summers in Wellfleet at Schuster's and now Harborside Village. Upon retiring, he moved to South Dennis, MA and was an active member of the Dennis Men's Golf League and wintered in Florida at Hutchinson Island.

He enjoyed sailing, reading, golfing, gardening, clamming, watching baseball, especially the Red Sox, and attending his children and grandchildren's activities. He loved his grandchildren and was their beloved "Gumpie". On his 80th birthday, his message to the family was that "Family is what matters most".

In lieu of flowers, gifts in memory of Al may be made to support Dr. John Stone's IgG4-related Disease Research at Massachusetts General Hospital. Gifts can be mailed to the Mass General Development Office, 125 Nashua Street, Suite 540, Boston, MA 02114-1101.

So many happy memories of Al Malkasian and his amazing Wife, Daughters, Son in Law, Grandchildren and their Grand Parents.

Family is what Matters Most....This Malkasian Family is Proof of This.

Thinking of you all each and every day.

Annie Roy Ronayne Brendan, Hannah & Catie ❤
Annie Ronayne
August 31, 2019
Coach Malkasian , A great family man, coach and mentor . Thanks for all your support and guidance. I just wish I could have hit your fast ball . The young men you coached were truly blessed to have you as a coach . Job well done rest in peace .
David Matte
David Matte
August 21, 2019
Sorry to hear of his passing. Neighbors for years in oxford ma. Love to Barbara and Lynnie Chrissy and Cathy. May he rest in peace.
MAureen Cunningham Brule
August 17, 2019
My heart and prayers go out to you and your family.
Stephanie Kasheta Molbeck
August 16, 2019
Sincere condolences to the Malkasian family. I was fortunate to have played for coach Al Mal during my years at Nichols College 81'-85'. He was an outstanding coach and wonderful caring person. The 85' season was truly special. Thanks for the memories. Rest in peace.
Steve Johnson
August 15, 2019
My and Al's paths crossed when I played Stan Musial ball for the Natick Knights and Framingham Town Club when we battled against his Orioles. And then again when I coached the Framingham State team against his Nichols teams. Al always showed class, was humble, and very candid. I learned a lot as a young player and then as a coach by watching him manage his teams. He was a tremendous competitor with an equal work ethic. I always enjoyed the times I ran into him after the years of competition. I had to express my condolences to Al's entire family. God bless.

Bob Sannicandro
Sagamore Beach, MA
Bob Sannicandro
August 15, 2019
Sorry to hear about the loss of Mr. Mal
I was a student of his in High School and my Dad was a teammate of his at AHS. Great man with a great love of baseball!
Rest in Peace.
Julie Bennett-Carmel
August 14, 2019
My name is Bill Morrissey. I am Bill Burgess's grandson. I remember Al when I was a kid and I knew he was a great baseball player. Sorry for your loss.
Bill
Bill Morrissey
August 14, 2019
Though it has been years since seeing you, I feel the loss...and this planet's loss is Heaven' gain. My sympathies to all.
Pat Siddall
August 14, 2019
My deepest condolences to the Malkasian family. I was fortunateto be part of coach Al Mal 's award winning season 1985 Nichols College baseball program which earned coach Al his Coach Of The Year for Division lll. He was a tremendous coach, mentor and friend. Coach Al was truly a great man, gentleman , well respected and admired. He will be missed . Rest in Peace. Nichols Baseball Class 1985
Michael chesna
August 13, 2019
Coach " Al Mal" Thanks for the memories. I was lucky enough to play baseball for him as part of the Oxford Orioles team in the late 70's. His love for the game was second to none. Great coach and great man. He gave up a lot to Coach and mentor players. I will always have a place in my heart for Coach 'Al Mal".
ken LeBlanc
August 13, 2019
I loved Mr. Malkasian in in High School and math was my least favorite subject so that's saying something. I never knew about his pitching career. I knew he loved baseball! He was a great teacher and an encouraging and kind teacher. My sincerest sympathies to his family.

Janine Picard Aguilar
August 13, 2019
To The Family of Alan Malkasian:

I am very sorry about the passing of Alan.
He was a Fine Gentleman and was well respected by Athletic Directors, Coaches, Officials, and Student Athletes.
He will be missed, but his spirit will live on.
My Thoughts and Prayers are with you.
John J. Gibbons Jr.
Retired Athletic Director
Clinton High School
Clinton, Mass.
August 13, 2019
I remember Alan from Auburn H.S. He was a great athlete then and a friendly classmate. What a wonderful life! So sorry
for your loss.

Janet (Gelinas) Joy, Milton, WA
August 13, 2019
Sorry about the passing of a great coach, person, just to name a few of his traits as a awesome man. Al taught me my curve ball and trusted me start on his baseball teams and as a youngster when I was nervous playing with many great ball players. Took me aside and in my ear told me not to let up in the game of baseball and that he enjoyed watching me play. So I followed Al wherever he was coaching. So proud to have known him.
paul lindstrom
August 13, 2019
A humble man, a gentleman, a privilege to know him. Our sympathies to his family. Blessings,
Jennifer and Stephen P. Johnson
Jennifer Johnson
August 13, 2019
One of my favorite teachers in High School. Rest in Peace Mr. Malkasian.
jill thompson
August 13, 2019
As an alumni of AHS and a baseball player for the school, Alan Malkasian was a legendary figure in the annals of auburn sports. I had the opportunity to meet him at a conference for educators long after his and my years with the "Dandies" A gentleman and always an inspiration to those of us who followed in his footsteps. My condolences to Alan's family. Bill Rand Class of 65 AHS
August 12, 2019
Sorry to hear the passing of Coach Al. I was one of the many Nichols Bison who benefited from Coach Al's time and interest, teaching us all about baseball and life. Al was a great coach, and better man! I am thankful for my time with Coach. Thoughts, prayers and condolences to Malkasian family at this time of loss.
Dave Rice
August 12, 2019
Prayers of comfort and love in the days ahead. Your Dad left a wonderful legacy and he knows his family loves him dearly.
Joyce Conlon
August 12, 2019
Kathy and Lynn,
So sorry to here about your dad. Please know that I am thinking of you both and your family.
Jean Robbins-Sweet
August 12, 2019
Great Man and a Great Coach sorry to hear the news, my prayers to his family!
BRIAN REYNOLDS
August 12, 2019
Mrs. Malkasian - "Coach Mal" gave me my true passion for the game of baseball....took me down to Norwich CT when I was 19 to play with the big boys - I caught many games with him on the mound, teaching me the proper way to call a game - showing me the only way he knew how to love & respect it. I've often thought of him while coaching high school ball down here in Naples. My condolences to you and your family for your loss.
Dave Blanchard
August 12, 2019
We wish to extend our deepest sympathies at this difficult time.
The Staff of Doane Beal & Ames Funeral Home
August 12, 2019