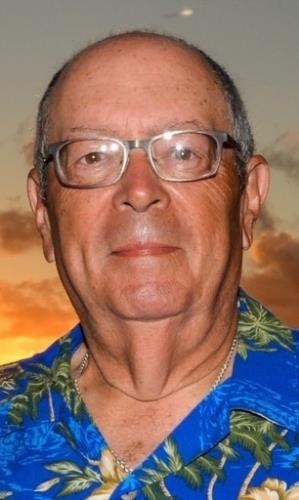 PHOENIX, AZ - Alan P. Zabarsky, 68, of Phoenix, passed away February 16, 2016 with his loving family by his side. Born June 10, 1947 in Worcester, Massachusetts, Alan graduated from Worcester Polytechnic Institute with a degree in Electrical Engineering. Following graduation, he was recruited out of college by Bell Labs who immediately sent him to Columbia University where he acquired his Masters' Degree. He then spent the majority of his career at Motorola where he retired after a successful career in Wireless Technologies as an Executive Vice President. He spent the last 17 years in Arizona and loved to spend summers in Verdant Pine, AZ outside of Payson.

Al will be greatly missed by his wife Temie of 47 years; their son Adam and his wife Chelly; two beloved granddaughters, Simone and Ella, all of Berkeley, CA; his mother, Blossom Zabarsky and his sister, Marsha Zabarsky both of Massachusetts; his brother-in-law, Jay Kaminsky of Newington, Connecticut and several nieces and nephews. Alan was preceded in death by his father, Charles and his sister, Donna Kaminsky.

A Memorial Service will be held at 4:00 p.m. Saturday, February 20th at Messinger Mortuary, 7601 E. Indian School Road in Scottsdale. If so desired, memorial contributions may be made to Hospice of the Valley (Sherman Home), 1510 E. Flower Street, Phoenix, AZ 85014 or the Lustgarten Foundation for Pancreatic Cancer Research. You may visit www.messingermortuary.com to leave the Zabarsky family a condolence.

Published by Worcester Telegram & Gazette from Feb. 17 to Feb. 18, 2016.
To plant trees in memory, please visit the Sympathy Store.
MEMORIAL EVENTS
Feb
20
Memorial service
4:00p.m.
Messinger Mortuaries
7601 E. Indian School Road, Scottsdale, AZ
Funeral services provided by:
Messinger Mortuaries
MAKE A DONATION
MEMORIES & CONDOLENCES
14 Entries
I just found this out, a year late. I am so sorry to hear of your loss, Temie. Hugs to you and your family.
Dani Woods
Neighbor
February 20, 2017
Temmie,
Jack and I just heard of Alan's passing , my God I am so so sorry,
Have been thinking of you since my dads passing also , please know we are here , and please when able I would love to speak
With you, our hearts are with you and your family
Much love ,
Cousin Linda an jack
November 5, 2016
Dear Temie,
I'm so sorry to learn of Alan's passing. My memory takes me back to your teenage years as a wonderful babysitter for my three boys around the corner from your home in Worcester.
Hopefully thoughts of your happy and loving years with Alan will be a comfort now and in the future.
Sincere condolences to you and your family.
Ann Greenberg
February 20, 2016
Temie. Bill and I are very sorry for your loss. You are in our hearts with prayers for strength and comfort from your family and friends.
Camille Koertner
February 19, 2016
Temie, much love and prayers. Sorry to hear of Alan's passing. Our thoughts r with you and your family. Best regards, Mary Lou Myers and Jill Alberts
February 19, 2016
Temi, Adam, and family
On behalf of all your cousins from Worc, please know we are all so very saddened to learn about Alan's passing. We are all thinking and praying for you at this most difficult time.
Much love to you, Elaine, (Steve, Hindy, Marc and Dena Medoff)
February 18, 2016
Temie, Blossom and family I am saddened by the loss of Alan, my dear cousin. I have such fond memories of our childhood and young adult days. Both Diane and I send deepest condolences.
Love
Eileen
Eileen Smith
February 18, 2016
Blossom and family. Sorry to hear about the passing of Alan. Thoughts and prayers to you and your family. Ruth-Ellen and Edna Burack
Ruth-Ellen Flanagan
February 18, 2016
Hi Temie,
Bonnie and I are so sorry to hear of Alan's
passing. He was one super guy. Where have the years gone. You were truly blessed to have Alan as your better half.
With fond memories
Bonnie and Alan Cooper
February 18, 2016
To the family:
May you find peace at this difficult time from the God of all comfort and experience that peace of God that surpasses all understanding.
February 18, 2016
Glad that he had time for himself. A stalwart has passed on.
Robert Fennell
February 18, 2016
Shelley and I are very sad to hear that Alan has died. We have fond memories of Alan from our school days in Worcester.
Robert Rappaport
February 17, 2016
Temie, so sorry for your loss.
Diann and Barry Dickman, Tamarac,Fl.
Diann Dickman
February 17, 2016
I am shocked and saddened that Alan has died. We were friends in Worcester in the 1960's and he was smart and funny. I knew he would be successful in his life as he surely was. I am so sorry he has died.