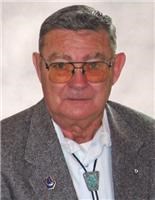 Andrew was born in Clinton to the late Otto and Martha (Drysdale) Munter. He attended local schools and ultimately graduated from Clinton High School. Andrew began his life long career with the Norton Company in Worcester from where he worked as a master machinist, mechanic and consultant over nearly four decades before retirement. Andrew was a consultant for Architectural Innovations for a number of years, with daily conversations with Mr. Ray Renzoni, who deserves much of the credit for always being available as our father's devoted confidant & truly good friend in his later years. He devoted his life to God and country as a member of the First Parish Church in Berlin and as a volunteer for the Army National Guard "Yankee Division." Andrew served his community as a volunteer firefighter for over thirty years and accredited EMT for the Town of Berlin as well as Chief of their Rescue Squad for over nineteen years. Andrew was an active board member for the Berlin Retirement Community. He held membership with the Berlin Board of Trade, Trinity Lodge A.F. & A.M., Military 101 Club, Norton Machine Tool Division Retirees, AMX Club of New England, the NRA and Massachusetts Firefighters Association. Andrew was an award winning gardener, classic car enthusiast, expert rifleman and avid outdoorsman. He took pleasure in fishing off the east & west ends of the Cape Cod Canal and time spent at his summer home in Mashnee Village. Mr. Munter received an honorary award from the U.S. Coast Guard for saving the life of a stranded boater whose craft had jettisoned him into the swift currents of the canal. He devoted himself to his community & volunteered his time to help others in any capacity required. Andy always enjoyed others company & cherished his days with family and friends. Andrew was a life member of this country's greatest generation who embodied the words respect, honor & courage. He was always willing to help others when they needed it the most. He volunteered countless hours to be active in his community. Andrew never waited for someone else to fill the breach. He believed that it was what you accomplished in life that counted most. We can only hope to live up to his high standards.

A funeral service is to be held at 10:30 AM on Tuesday, October 4, 2011 at the First Parish Church of Berlin, 24 Central St., with burial to follow at North Cemetery, Highland St., Berlin. Calling hours will be held on Monday, October 3, 2011 from 5 until 7 PM in the Philbin-Comeau Funeral Home, 176 Water St., Clinton. Memorial contributions may be made in memory of Andrew A. Munter to the American Diabetes Association-330 Congress St. Suite #501, Boston, MA 02210. Online condolences may be placed at

To plant trees in memory, please visit our Sympathy Store.
Published by Worcester Telegram & Gazette from Sep. 30 to Oct. 2, 2011.
MEMORIAL EVENTS
No memorial events are currently scheduled.
To offer your sympathy during this difficult time, you can now have memorial trees planted in a National Forest in memory of your loved one.
GUEST BOOK
1 Entry
I met Andy at the Lester Ross Kids Fishing Derby many years ago and forged a friendship that I will forever cherish. I spent many evenings in the Munter's den planning Berlin Board of Trade and Derby business, we more often than not got sidetracked talking about so many things, Andy, Blinky, Ray, Harry, and Florence filling us with her peanut butter bars. Those were great times. Great people. I will always remember Andy fondly.
Joan Butler
October 8, 2011