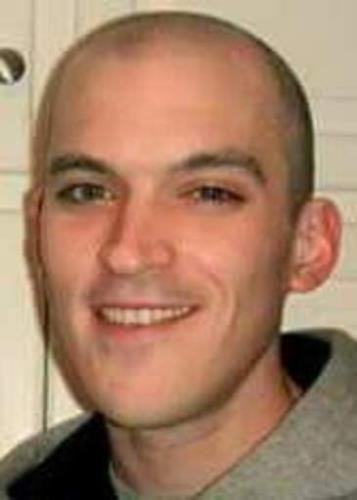 David was born in Leominster on April 3, 1982. He was raised in Westminster and was a 2001 graduate of Oakmont Regional High School. Shortly after 9/11, David joined the US Navy and served our country for seven years. He received several medals and decorations during his service. Following his honorable discharge, David was hired by the Department of Defense as a Computer Analyst.

David enjoyed working, computers, biking and running. He will be sadly missed by all who knew and loved him.

In lieu of flowers, memorial contributions may be made in his honor to Fisher House Boston, P.O. Box 230, South Walpole, MA 02071.

To plant trees in memory, please visit our Sympathy Store.
Published by Worcester Telegram & Gazette from Mar. 28 to Mar. 30, 2016.
MEMORIAL EVENTS
Mar
30
Calling hours
5:00p.m. - 8:00p.m.
Sawyer - Miller - Masciarelli FH - Westminster
123 Main Street, Westminster, MA
Mar
31
Funeral
10:00a.m.
St. Edward the Confessor Church
10 Church Street, Westminster, MA
Mar
31
Burial
St. Joseph Cemetery
, Fitchburg, MA
Funeral services provided by:
Sawyer - Miller - Masciarelli FH - Westminster
MEMORIES & CONDOLENCES
13 Entries
There are no words to tell you how sorry I am for your loss. Dave was a hardworking good, kind person that was dedicated to his job and cared deeply about the mission. I'll always remember him as super Dave, the IT guy who always saved the day. Dave will truly be missed.
Amy Palacio
April 7, 2016
What a lovely smile! Though I do not know this young man, I have a son his age and there are no words that can be said to express my heartfelt condolences for the loss of this brave young man. To all of the Cormier family may our God heal your broken heart and David, thank you for your courageous service and may you rest in peace!
April 1, 2016
There are no words in the world that will console parents grieving the death of a child.

Even though we are at a loss of words, we pray that God will bless you with all the strength one needs to make it through this hard time.

May the soul of your child rest in everlasting peace.
Every Parent ~
April 1, 2016
I had to look twice when I saw this! My deepest condolences. You are all in my thoughts and prayers during this difficult time.
Heidi (Smart) Gammel
March 31, 2016
Dennis and Maria, So sorry to hear of the passing of David. Our boys have great memories of growing up with David on Ashburnham St./Westminster Hill Rd. Our thoughts and prayers are with you and your family during this difficult time. Keep all your great memories close to your heart and David will watch over you everyday. Love and miss you. Rest in Peace David!!! Thank you for serving for our country David.
Ronnie & Marshall Searles
March 31, 2016
Maria and family, I am so sorry for your loss. I remember you sharing stories about David at work that reflected how proud you are of him and how much you love him. I am so sorry for your loss.
Kristin Lampson
March 31, 2016
My prayers are with everyone touched by David's passing. I'm so very sorry for your loss.
...Denise O'Loughlin
March 30, 2016
Take comfort in knowing that now you have a special guardian angel to watch over you.
March 30, 2016
My condolences. Dave was a wonderful guy who I could rely on for IT help at NR. He will be missed. But I know he's watching from above.
Lesley McKeel
March 30, 2016
Dennis and Maria,
I am saddened at the news of your son's passing You will be in my thoughts, and I will remember David in my Masses.
Father John Horgan, Pastor Emeritus St. Denis Ashburnham
March 29, 2016
Thank you for serving our country. May your family find comfort in their faith and may you Rest in Peace.
Dr.Timothy Hoffman
March 29, 2016
I am so gonna miss you Super Dave-as we knew you..my Tuesday's wont be the same..your Secretary..
Ingrid French-Scott
March 28, 2016
Dennis & Maria. My prayers have been continuous since I heard of David`s death. My heart goes out to you and your family for your loss. I will continue to pray each day for David, your family, and those who loved him.May his soul rest in the merciful arm of Jesus!
Deacon Bill & Marianne Griffin, ofs
March 28, 2016
Showing 1 - 13 of 13 results