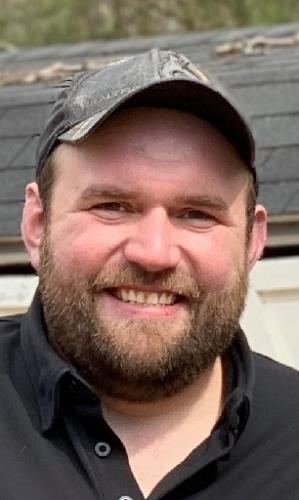 He leaves his parents, David W. Provo, Jr. and Barbara Anne (Provo) of Spencer; his sisters, Dr. Jessica S. Provo and her fiance Brian Hunn of Willmington, NC, Megan T. Bloniasz and her husband Jake of Douglas, MA and Christy L. Minton and her husband Aaron of Spencer; his paternal grandmother, Susan L. Provo of Spencer and maternal grandmother, Theresia Provo of Worcester; his nieces, Addison, Taylor, Wendy, Rebecca; his nephew, Sawyer and his most cherished person in the entire world, his son, Korbin Cheras.

Dave was a long time electrician. He was born in Colebrook, NH, later graduated from David Prouty High School in Spencer and attended Worcester State College. A beloved son, grandson, father, brother, uncle and friend...he was as generous, kind-hearted, and loyal as a person could be. His vibrant personality, sense of humor, and love of family and friends will leave a void in the hearts of the people he leaves behind.

To plant trees in memory, please visit our Sympathy Store.
Published by Worcester Telegram & Gazette from Aug. 12 to Aug. 13, 2019.
MEMORIAL EVENTS
No memorial events are currently scheduled.
To offer your sympathy during this difficult time, you can now have memorial trees planted in a National Forest in memory of your loved one.
Funeral services provided by:
J.Henri Morin & Son Funeral Homes
GUEST BOOK
10 Entries
So sorry to hear of your loss, hugs and peace!
Diane Fillion
September 15, 2019
David, Barbara and girls I am so sorry to see this. I remember him as a baby. You are in my prayers.

You are all in my thoughts and prayers.

I am quite taken back by the news of his passing.

I write this with such a heavy heart...

I know there are no words that will ease the pain. I hope you feel surrounded by much love as you move forward through this.

May God bless you in this time of sorrow. If there is anything you need, do not hesitate to reach out.

TRR
The Russo's
August 15, 2019
Christy and family,
I am so sorry for your loss. You are all in our prayers and thoughts.
Celeste and Gary Webb
Celeste Webb
August 14, 2019
Our deepest sympathies go out to you and your family. Our hearts are saddened by your loss and are thoughts and prayers are with you. Please accept our condolences at this most challenging time.
Kelly and Jeffrey Hayes
August 14, 2019
My heart is broken thinking of the pain and loss your family is going through.

David smiled each and every time I saw him. I will always carry the memories in my heart of that big beautiful smile.