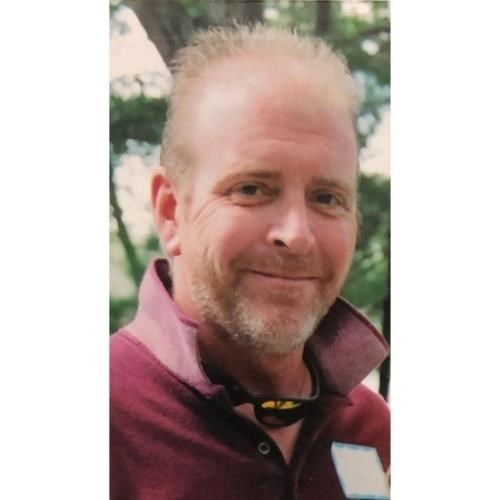 Sturbridge/Auburn - David George Rhodes, 58, passed away unexpectedly on June 9, 2020. David was born in Worcester and raised in Oxford.

He leaves his children Danika L. Rhodes and Tyler H. Rhodes of Auburn; a grandson Colton Rhodes; his mother Barbara Rathel Mangelinkx and step-father Robert Mangelinkx of Worcester; his step-mother Helen Rhodes of Quinebaug, Ct; his sister Diane Rhodes Gregoire of Holland; his step-sisters Linda Neff and Sue Regis of Charlton; his former wife Jann Rhodes of Auburn; his nephew Leo Gregoire of Holland; many aunts; uncles; nieces; nephews; cousins and friends. David was predeceased by his father George Dana Rhodes; and his brother-in-law Leo P. Gregoire. He will be fondly missed by all.

In 1987, David became a member of the Teamsters Local 170 while employed as a driver for R.A. Dansereau Trucking. He later worked many years for Millbrook Distributors, which later became UNFI Inc., before becoming a feeder driver for UPS. Being part of the Teamsters brought much pride to David. He served three years as a Trustee and was an active member who volunteered and participated in many events. He especially enjoyed Holidays With Heart with his son.

David enjoyed family gatherings, camping in Vermont, summers in Maine and ocean sunsets. Recently David discovered his love for crafting and decorating with a rustic flair.

David had a deep love for his family and friends, and never hesitated to lend a helping hand. In lieu of flowers, donations can be made in his memory to Veterans Inc., 69 Grove Street, Worcester, Ma. 01605.

A graveside service for David will be held on Friday, June 19, 2020 at 1:00 pm at the Holland Cemetery. For everyone's health and safety, masks must be worn and social distancing must be observed. Due to the unprecedented state of affairs, a celebration of life will be held at a later date, when a social gathering of friends and family can be enjoyed.

Beers & Story Palmer Funeral Home has been entrusted with the arrangements.

To plant trees in memory, please visit our Sympathy Store.
Published by Worcester Telegram & Gazette from Jun. 14 to Jun. 17, 2020.
MEMORIAL EVENTS
Jun
19
Graveside service
1:00p.m.
Holland Cemetery
Funeral services provided by:
Beers & Story Funeral Home
GUEST BOOK
11 Entries
My condolences to Dave's family. He was one of my favorite people and loved seeing him occasionally over the years at Herbie's, when I was there with my family.
Rhonda Rosenquist
Friend
June 16, 2020
Shocked and Sad to hear about Daves passing. My Teamster Brother and friend. My Prayers to his children and family . Rest In Peace
Jim Shea Auburn ma.
Friend
June 16, 2020
My condolences to Dave's family. Dave was a friend and one of the good guys. Will miss the smile and banter when we would meet up. Gods speed brother
Mike Armendo
Friend
June 16, 2020
You will be sadly missed. A true gentlemen and a soul of which was of a kind, compassionate and great man! RIP Dave
Brenda (Dickinson) Benoit
Friend
June 16, 2020
To all of David's family,
I am deeply saddened by his passing. We recently reconnected on FB and we were sharing pictures and stories and catching up about family. For those that do not know, David and Diane were a part of the Newton Ave./Federal Hill gang...we all grew up together and had many wonderful times together as children. I was so happy to read he led a happy and full life and constantly bragged about his children and how much he loved them chatting with me. He was a great guy and he will be missed by so many people. My prayers and thoughts are with you all...
Debra Pinkham
Friend
June 15, 2020
May the love of friends and family carry you through your grief. RIP Dave.
Art Johnson
Friend
June 15, 2020
My sincere condolences to David's family. We knew each other growing up but only recently discovered that we were cousins. David was always kind and thoughtful. Ready with a smile. He will be missed by all who knew and loved him. May he rest in peace and live forever in our hearts.
Deborah L Leenutaphong
Family
June 15, 2020
Prayers for David!! R.i.P.god bless !!
Carl gentile local 170
June 14, 2020
Sorry to hear of David's passing. May the memories you have help you thru this difficult time. David was a good Teamster.
David MCCarthy(Teamster Brother)
Friend
June 14, 2020
Dear Barbara, Bob, Helen, Diane, Leo and family:
We were so shocked and saddened to hear about the sudden passing of David. We have fond memories of the many years we spent with him as a member of our family. You are in our thoughts as you go through these difficult times. Diane, we are appreciative of all the help you have given Jann, Tyler and Danika during these past days. Although we cannot physically be there with you on Friday, our thoughts and hearts will be. Love to you all.
Lynn and Michael Abruzzise
(Jann's sister and brother-in-law)
Lynn and Michael Abruzzise
Family
June 14, 2020
Dear Tyler, Danika and Jann:
We will always cherish the memories of the many happy and fun family times we shared together with your Dad (Tyler and Danika) and former husband (Jann). From the infamous "what the blank is fuchsia" question asked during the wedding planning by Jim, the color blind best man, to the "Bose pool parties" at Mom's that turned into endless nights of rounds of Pitch as well as other favorite card and table games. We can never forget, although we might like to, the hilariously out of tune version of Sweet Home Alabama sung Karaoke-style by David, Michael and Jim at their favorite watering hole. And then there were our adventures of multiple trips tubing down the Deerfield River, sitting by campfires in the many campgrounds we visited, having to dive into your grey pontiac when the mother bear came to our campsite to steal John's box of bread and green peppers, enjoying the beaches and our tiny summer homes in Maine, and especially spending holidays together, in particular the Christmas we all decorated T-shirts and were asked to pose for the "silly" photo and only David and I (Lynn) actually made silly faces. Although David has left this world, he will forever be with those of us who knew and spent time with him.
Love you all so much.
Auntie Lynn and Uncle Michael
Lynn & Michael Abruzzise
Family
June 14, 2020