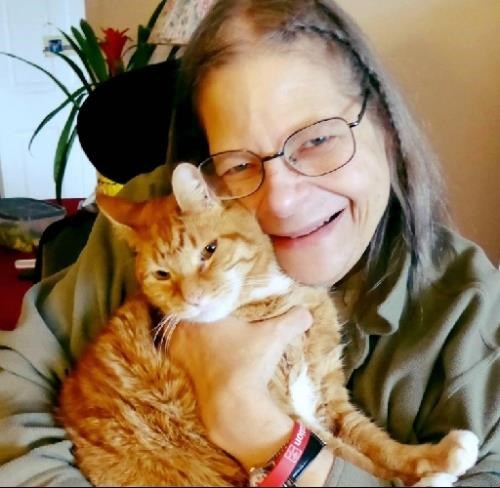 Debbie was born on Dec. 24, 1952, in Bloomington, Ind., and grew up in Madison, Wis., and Newton, Mass., daughter of Louis Hirsch Orzack and Maressa Hecht Orzack. She graduated from Newton North High School in 1971, received a B.S. from the University of Massachusetts at Amherst in 1975, an M.S. in biology from Rutgers University in 1983, and an Education Certification in Science from Montclair State University in 1986.

During college, she studied at the Marine Biological Laboratory in Woods Hole, Mass., following in the footsteps of her grandfather, Columbia University professor Selig Hecht. A high school biology teacher in New Jersey and Massachusetts, Debbie later became a committed disability advocate, while battling her own physical disabilities. She served as a member of the Massachusetts Task Force on Emergency Preparedness and People Requiring Additional Assistance. She testified in 2008 before the Massachusetts legislature, and advocated for accessible cabs in Worcester. She also served as a board member of Community Legal Aid of Massachusetts.

In 2006, Debbie received the prestigious Corey Nelson Award for her disability work from the Center for Living & Working. She won the award for her work with the Massachusetts-based organization Rights, Equality and Dignity for the Disabled at a meeting in which Sen. Ted Kennedy was also honored.

Debbie was an environmental activist and community builder. She edited newsletters and brochures, including for the Perkins Farm Conservation Area and the Northfield Conference. She published articles over the years on nature, animal rehabilitation, and disability issues. She wrote a children's book on dragons as well as memoirs of her experiences as a person with disabilities.

In 1993, she was part of Jon Kabat-Zinn's groundbreaking pain management meditation seminar at UMass Medical Center, a program featured on Bill Moyers' PBS show "Healing and the Mind."

Debbie was a loving and vital force in her family and community, and especially enjoyed the new, accessible trend of participating online, from home. She loved animals and always had a cat or a reptile living with her. She loved teaching all she knew about animals and the ocean to her nieces and nephew.

In the early 2000s Debbie proudly became an adult Bat Mitzvah. She was active in Temple B'Nai Shalom as a member of the choir and the social action committee. Debbie was passionate about Judaism and her family history. She also enjoyed attending the Northfield Conference that emphasized spirituality, community and music. She loved to sing.

Family and friends gathered for shiva on Jan. 16, and a Celebration of Life will be held at a later date. Donations in Debbie's memory can be sent to the Disability Policy Consortium in Massachusetts (www.dpcma.org/), or Temple B'Nai Shalom in Westborough, Mass. (www.cbnaishalom.org).

To plant trees in memory, please visit our Sympathy Store.
Published by Worcester Telegram & Gazette from Jan. 30 to Jan. 31, 2021.
MEMORIAL EVENTS
No memorial events are currently scheduled.
To offer your sympathy during this difficult time, you can now have memorial trees planted in a National Forest in memory of your loved one.
Funeral services provided by:
Boston Cremation
GUEST BOOK
4 Entries
We had a lot of fun doing arts and crafts projects at my house. Debbie was great company for me during a tough part of my life.
Helen
January 31, 2021
Baruch Dayan HaEmet. Debbie and I were friends during highschool 40+ years ago. Unfortunately, we lost touch after my family moved to Minnesota from Newton. During high school she suffered much from several orthopedic surgeries. I hope that her family will find much solace in her sweet disposition and beautiful smile. She was a lovely person.
Jennie Starr Brochin
Friend
January 31, 2021
Knowing Debbie made my life better. I will miss her dearly. My condolences to her family. My prayers are with you.
Ashley A Bosse
January 31, 2021
She is now resting in peace may god be with you and your family you are all in my prays always remember the good times you had with her
Lorraine Butler
Acquaintance
January 30, 2021