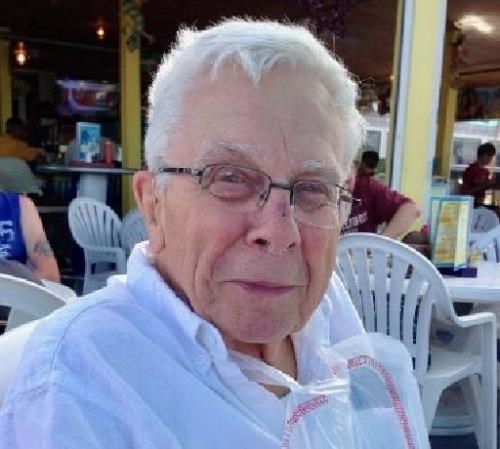 WEST BOYLSTON/STERLING - Donald E. Wilson, 94, passed away on January 21, 2021 at the Rose Monahan Hospice Home in Worcester. The son of Harold and Susan Inez Wilson, Don spent his childhood in Quincy and graduated from Lowell High School while World War II was raging.

Don proudly served in the US Army Air Force during the war. He graduated from Bates College, married Priscilla Jackson (now deceased), and worked for Wyman-Gordon and other local businesses. In his thirties Don transitioned to his real passion, public school teaching. He earned his Master's Degree in Education at Worcester State while working full time.

Don devoted decades to teaching K-5 classes in Bellingham, with a focus on special education. Throughout his career Don was known as a gifted and imaginative teacher, inspiring children and mentoring colleagues in his district. At age 60 Don became a pioneer in the use of personal computers and technology in the classroom, a love that continued throughout his life.

Don was a devoted father and grandfather; family was the center of his life. He and Priscilla lovingly raised 7 children in Northborough and West Boylston; and embraced the sons and daughters-in-law who helped expand their family to 21 grandchildren and 8 great-grandchildren.

In retirement Don blossomed. He and Priscilla enjoyed cruises and European travel, shared activities with extended family, and vacations in New England. They took spontaneous trips to the coast in search of fresh lobster. He volunteered for his local cable TV station. Don became an unpublished poet, and devoted hours to writing, photography, sketching and watercolor painting. He loved his iPad and his Kindle; created his own music playlists, wrote a blog, and was comfortable using high-tech assistive devices to help with impaired vision and hearing. A remarkable member of the World War II generation.

As a widower Don joined the First Church in Sterling and became an active participant in the Voyagers Club, weekly watercolor classes and other church activities. He also joined the Sterling Senior Center and shared his "gift of the gab." He quickly became a beloved member of the Sterling community.

To plant trees in memory, please visit our Sympathy Store.
Published by Worcester Telegram & Gazette from Jan. 23 to Jan. 24, 2021.
MEMORIAL EVENTS
No memorial events are currently scheduled.
To offer your sympathy during this difficult time, you can now have memorial trees planted in a National Forest in memory of your loved one.
Funeral services provided by:
Miles-Sterling Funeral Home & Tribute Center
MEMORIES & CONDOLENCES
Sponsored by Miles-Sterling Funeral Home & Tribute Center.
3 Entries
My condolences to the extended Wilson clan for the passing of your patriarch, Donald. I was fortunate to enjoy some memorable conversations with him, not the least of which was solving the mystery of the missing "Rs." Donald had a way of engaging that will be sorely missed. I am wishing healing for you, Lynnellen
Lynnellen Miles
February 1, 2021
So sorry to hear of Don's passing.I enjoying being his barber and talking with him.He loved his family very much.
Karen
January 24, 2021
Dear family, my love & deepest sympathy to you all. So fortunate I got to participate in so many memories of my own with your parents. They were the best, so caring and did they love you all. I, like you all, will miss my friend. My prayers go out to you all. RIP my friend & thank you for being who you were. Loved you!
Patricia Barrie
January 23, 2021
Showing 1 - 3 of 3 results