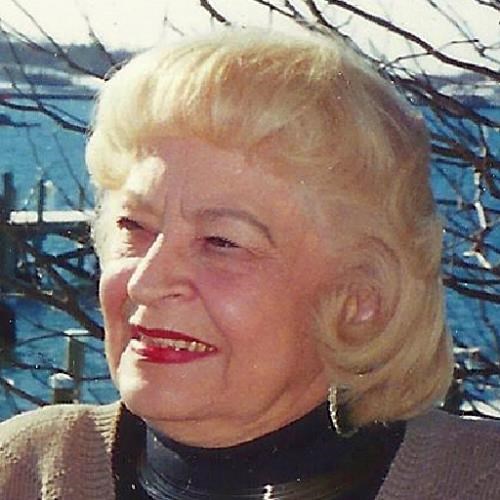 Born in Lynn, Massachusetts, on September 2, 1927, she delighted those around her with her music, her artistry, and her imagination. She was the youngest of three children born to Edwin A. and Clara C (Dembowski) Zalneraitis.

Dorothy grew up in Morningdale, and attended the little two room schoolhouse there, which still stands. By the age of four she was playing the piano far beyond her age level, and by the time she was twelve, she was giving lessons from the parlor of her home. She provided piano accompaniment to many events during her grade school years, and was voted "Class Pianist" at Commerce High School in Worcester. In 1945, she played the piano solo in the school presentation of Repartee, which was the first time this composition was ever played in a Worcester School, due to the difficulty of the piano piece. She attended Boston University, and played piano for many of their productions and functions. While at BU, she was offered a place with the Boston Ladies' Symphony Orchestra travelling repertoire. Dorothy was the pianist for the Gloria Healey School of Dance for more than twenty-five years, providing piano accompaniment to group classes every Saturday, and showcased as the solo pianist for the yearly dance recital.

Throughout her life, anywhere she found a piano, she would sit down, and as soon as her fingers lovingly caressed the keys, crowds would gather in admiration, always asking for more. She played 'til the day she died.

Dottie was the editor of the former State Mutual Life Assurance Company's House Organ "The State Mutual Light" during her five years of employment there. She also designed and illustrated every issue she edited. She painted the windows of her offices there to reflect the seasons and holidays, and her window painting became something of a showcase at State Mutual. Her art was delightfully imaginative, and she employed her talent in many venues throughout the course of her career and life.

She was Office Manager for Dingman, Fauteux, Architects for seven years, and in 1972, began her career as Office Manager for Lamoureux, Pagano, Architects. She held that position for twenty-five years, during which time she painted renderings of the buildings designed by the partnership. Many of these are still showcased in the offices of the renowned Worcester architectural firm.

She also served as Executive Secretary for the Central Massachusetts Chapter of the American Institute of Architects for twenty-five years, and as Secretary for the Worcester Chapter of the Construction Specifications Institute for seventeen years. In these positions, Dorothy used her artistry to illustrate and embellish their printed materials, which she wrote, designed, and edited, including comics and illustrated quips.

Dottie's artwork became highly sought after for many years after she created her famous "Birth Certificates". These framed, poster-sized watercolors were personalized for each child, and she often had waiting lists for these delightful creations.

Dottie retired in 1997 and spent time doing volunteer work for local agencies. She once again shared her love of music and art as a "friendly visitor" for elderly in need, a position which allowed her to use her talents to brighten the lives of those with whom she kept company and assisted. In addition, she visited various retirement homes, playing the piano for sing alongs; with her talent and youthful energy, the residents adored her!

Dorothy loved to travel, and did so her entire life. In her early years, she traveled throughout New England, New York, Pennsylvania, the eastern Great Lakes Regions, and eastern Canada. She traveled with her husband and children throughout the United States, Canada, and Mexico, taking bi-annual driving vacations to numerous destinations throughout the Americas. She spent a good part of the summer of 1977 travelling by motorcycle, car, and ferry throughout Great Britain, much of Europe, and the Mediterranean. In the 1980s, she enjoyed wonderful adventures in California, and continued to travel all over Florida with Ed. She and Bob explored the Caribbean and Central America during their many years together, and made lasting friendships during their frequent travels. She continued to make a yearly trip to Hampton Beach with her family, and last summer her time there was one of her happiest.

Dottie gave birth to twin sons in 1956, Edward F. and Edwin J., both of whom died in infancy. She was predeceased by her sister Emily Zalneraitis Loomer, her brother Herbert B. Zalneraitis, her husband of forty-one years, Edward F. Fassett, and her husband with whom she spent twenty-two years, Robert L. Russell.

Dorothy donated her remains to the University of Massachusetts Medical School, for anatomical and biomedical research. There are no calling hours, however a celebration of her life will be held in her honor on Sunday, April 28th, 11:00 am, at 44 Chamberlain Parkway, Worcester. Family and friends wishing to remember Dottie are welcome to attend.

Published by Worcester Telegram & Gazette from Apr. 24 to Apr. 26, 2019.
To plant trees in memory, please visit our Sympathy Store.
MEMORIAL EVENTS
Apr
28
Celebration of Life
11:00a.m.
44 Chamberlain Parkway
Worcester, MA
MAKE A DONATION
MEMORIES & CONDOLENCES
3 Entries
So (alas) it's been two years since the passing of my lovely Auntie.
I regret so much that I was not able to know her better - beyond my childhood.
This obituary described many of her lovely qualities - and of her life experiences that were previously unfamiliar to me.
I offer my deep condolences to Dot's children, my cousins Diane and Eddy Joe.
Robin Hart-Cordell
Family
April 18, 2021
With great sorrow I have (belatedly) discovered the passing of my Aunt Dot (my mother's sister).