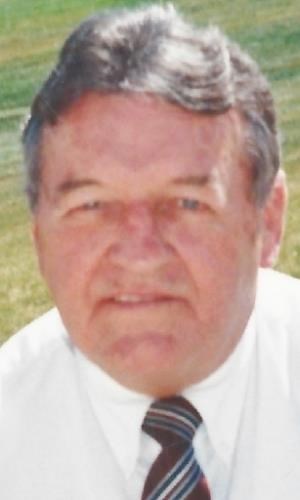 WORCESTER - Edmund Lincoln "Linc" Tivnan, 92, of Worcester and Harwich, a retired Commander in the U.S. Navy, died peacefully in his Worcester home, surrounded by family, on Tuesday, June 13, 2017.

His son, U.S. Navy Senior Chief Petty Officer Robert E. Tivnan died in 2014. He was also predeceased by his brothers, Joseph and Eugene Tivnan and his sisters, Nancy Pedersen and Elizabeth Ann Deely.

Linc was born in Worcester, son of Joseph and Beatrice I. (Miller) Tivnan and was a life-long resident of Worcester.

After graduating from the former Classical High School in Worcester, Linc enlisted in the U.S. Navy. He trained as a pilot and earned his wings of gold as a Naval aviator, including programs at Middlebury College in Vermont and the University of North Carolina. He was training for special combat missions in the Asiatic-Pacific as a pilot of a carrier-based Douglas SBD Dauntless dive bomber when World War II ended.

Following three years of active duty, Linc continued his military service as a pilot in the U.S. Naval Reserves, where he flew the Grumman AF-2 Guardian and S-2 Tracker in anti-submarine warfare. He was flying primarily out of NAS South Weymouth and was commanding officer of OPCON 14Z5 NAS Brunswick, presented with the Noel Davis Trophy. He retired in 1975 after 32 years of service in the Navy. Linc loved his country and was fiercely proud of his service in the Navy.

Linc also graduated from Clark University in Worcester, where he was a member of Kappa Phi.

Linc was senior sales executive at Sani-Mate Supply, Inc. in Worcester for 29 years, retiring in 2004. Previously, he had worked for the Cristy Drygas Co. and Paper-Trading Co., and the Worcester Chamber of Commerce.

Linc was a member of Our Lady of the Rosary Church, The Reserve Officers Association, The American Legion, and the Heritage Foundation.

Linc was an avid alpine skier and a former president of the Worcester Ski Club. He coached baseball in the Tris Speaker Little League for many years, and was a Deputy Sheriff of Worcester County. He enjoyed the beaches of Maine and Cape Cod.

Linc's family wishes to thank his caretakers, Donna, Judy, and Lucy, and the staff of the VNA Hospice program.

So sad to hear of your loss.....Liza and I send our best to you and your family.
Tom Horgan
September 1, 2017
He was a fine man and head of a fine family.
Wayne Thomas
June 19, 2017
It was a privilege to have known such a fine person as Mr. Tivnan. My condolences to the Tivnan family.
Michael Gaucher
June 19, 2017
To the Tivnan Family,
Growing up on Beverly Rd. provided me with fond memories of Mr. Tivnan. I remember him as a kind spirited man who always took time to interact with the kids on Beverly Rd. May the many happy memories of you husband, dad & grandfather give you comfort in the days ahead.

With my deepest sympathy,
Susan (LaMonica) Franchi
June 19, 2017
Tom, our condolences your dad has passed on. Least not to forget how fortunate we are to have them this long. With all your dad's attributes let's not forget sailing skills. still sorry bout scratching the sunfish!
Best to all of you
P. Mags
P Magnuson
June 18, 2017
I always enjoyed being at Mr. Tivnans house for Christmas parties. At the time I didn't know I was a quest of a Worcester legend, a WWII veteran and an enlisted man who became a Commander. Those parties were so fun I even lost my wallet with my military ID in the snow running to a car. My prayers are with the Tivnan family.
John Adams
June 16, 2017
I am very sorry for your loss. I know there are no words to say to make you feel better. Another great man is now in heaven watching over you all. Love maureen
Maureen Butler
June 16, 2017
Maureen Butler
June 16, 2017
Prayers go out to you Jean in the loss of your husband. My prayers to your children in the loss of their dad. May Linc forever be at peace.
Your neighbor
Nancy-Jo LaMonica
June 16, 2017
Our thoughts and prayers are with all of the family - may you find peace and comfort during this difficult time. Love and hugs to Bobbie and Tom and your Mom (Tom) too.
Ellen Mueller
June 16, 2017
My family was blessed to grow up with the Tivnan family on Beverly Road. What an amazing, caring, loving father Mr.Tivnan was. Always had a kind word and gentle smile. May you rest in peace Mr. Tivnan.
Rosie Russell-Dunn
June 16, 2017