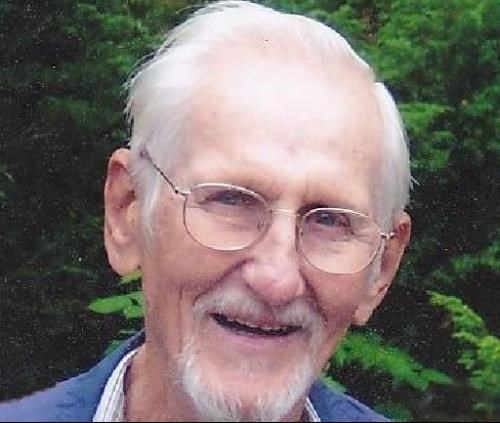 STERLING - Edmund "Slim" Wronski, 100, of Sterling passed away on October 17, 2020 at his home, accompanied by his daughter Jean, granddaughter Emily and caregiver/companion Liberty Benson.

He was predeceased by his wife Helen (Wiinikainen) Wronski who died in 1993, son-in-law Michael Thomas, four brothers Harold, Chester, Myron, and Edwin. Born to Polish immigrants Joseph and Salomea (Nosel) Wronski at the family farm, which is now Stillwater Farm of Massachusetts Department of Conservation and Recreation.

Edmund worked at the family farm. A shoulder injury prevented him from joining the service and he was a factory worker in Fitchburg. After he married his beloved wife Helen, he worked at Crompton and Knowles in Worcester as a machinist, then as a laborer for the Sterling DPW water department. He was an avid fisherman at local ponds and streams, especially the Stillwater River, behind his house, where he often landed supper for the family. His hand tied fishing flies and rods and his knowledge of creating them were shared by many local sportsmen.

A member of St Richards of Chichester Church in Sterling, he will always be remembered as Johnny Appleseed in his three cornered hat, ruffled shirt, and knee-high socks, handing out lollipops at the Apple Fiesta.

After retiring, he learned wood carving. He taught bird carving in Holden and he was a member of Central Mass Carvers Club in Fitchburg. His love for birds and wildlife was expressed by the many bluebird and duck houses he made and put up around the Stillwater Farm.

Due to the current pandemic, the funeral service was limited to immediate family at St. Richards of Chichester in Sterling, and interment was at Hillside Cemetery in Sterling on Thursday, October 22. Donations in his name can be made to the National Audubon Society. <https://www.audubon.org/how-to-help>

To plant trees in memory, please visit our Sympathy Store.
Published by Worcester Telegram & Gazette from Oct. 22 to Oct. 23, 2020.
MEMORIAL EVENTS
No memorial events are currently scheduled.
To offer your sympathy during this difficult time, you can now have memorial trees planted in a National Forest in memory of your loved one.
Funeral services provided by:
Miles-Sterling Funeral Home & Tribute Center
GUEST BOOK
2 Entries
I have many wonderful memories of fishing and visiting Slim. My wife Peggy and I have made a donation to the Audubon Society in memory of Slim. Larry and Peggy Kuettner
Lawrence Kuettner
Friend
November 8, 2020
Jean,
Our deepest sympathies on the loss of you dad.
You are always in our thoughts and prayers.
Anne (Vaillancourt) Fleet
Anne Marie Fleet
Family
October 23, 2020