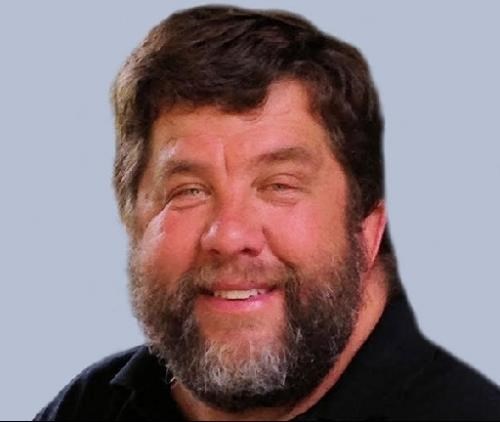 HOLDEN - Eric J. Johansen, 59, passed away peacefully surrounded by his family on Saturday, January 16, 2021 at UMass Memorial Medical Center. Eric was born in Oakland, California the son of the late H. William Johansen and Barbara J. (Willis) Johansen and lived most of his life in Holden.

Eric was a 1980 graduate of Wachusett Regional High School and received a bachelor's degree in physical geography and cartography from Clark University in Worcester. While at Clark, Eric began accompanying his dad, a biology professor, on Marine Biology expeditions to Bermuda, continuing long after his graduation. Industrious and hard working from a young age, Eric earned money in high school and college by working part-time at Friendly's Ice Cream and recruiting friends to help paint houses in the Holden area. By the time he graduated college, Eric had a base of loyal customers and began E.J's Painting Co. With his readily recognizable red truck with the pink bumper adorned with "Think Positive." Eric began his 43-year career as a painting contractor with his first company name being Slap, Dab and Drip.

In 1991 at St. Andrew Bobola Church he married his best friend and soul mate, Lois Pakulski of Dudley. They lived in Holden where they raised sons, Clayton and Bennett, and where Eric became one of the town's most revered residents. A devoted father and loving husband, Eric was a role model and leader of his family in kindness, conscience and justice. He enjoyed attending his sons' sporting and scouting events, joining them for ice fishing and skiing trips, and sharing stories of his own adventures with them. He shared his passion for community and his dreams for the future wholeheartedly with his family. He and Lois looked forward to building their dream home on Lake Waushacum in Sterling where they owned land for many years.

Generous with his time, resources, his heart and ideas, Eric's extensive community engagement included a plethora of activities. He was a Holden volunteer firefighter, served on the Holden Council on Aging, the Oriol Foundation, and the Public Safety Committee. He was president of White Oaks Land Preservation and a longtime supporter of Wachusett Greenways. Eric was a lifetime member of the Holden Nimrod League where he socialized with his fishing and hunting buddies and served on the Executive Board as a trustee. He was a Master Mason and a member of Rufus Putnam Lodge of Masons in Rutland.

Beginning in 1995, one of Eric's favorite contributions to the town was his highly anticipated role as "Santa", riding on a fire truck down Main Street to the town hall where he greeted excited children and their families. Santa also made guest appearances at the Holden Senior Center's annual Christmas party. With a love for Holden and its people, Eric made daily contributions from the small and unnoticed to the expected and grand, causing people like his dear friend, Paul Falcone to note, "not a day would go by that Eric wouldn't be doing something to help someone." Whether building the town ice skating rink each winter, or assisting with the Boys Scouts of America Troop 182, or assisting in coaching some of the boys' sports teams, Eric brought the same enthusiasm, energy and dedication.

For his generosity to the town, Eric was the recipient of numerous awards from organizations including the Holden Women's Club, Holden Grange and the Wachusett Area Chamber of Commerce. Eric and Lois were recognized for their community spirit and awarded the "Good Neighbor Award" from the Holden Democratic Town Committee. Eric also served on Holden's 275th Anniversary Committee.

Eric loved nature and traveled extensively to Australia, New Zealand, Japan, South Africa and Alaska. He hiked Mount Rainier with his Dad twice and visited 49 of 50 states. He drove cross country more than 20 times with family, friends or on his own to see the country. A great joy of his was introducing his family to America's National Parks. Along with local streams and lakes, Eric enjoyed fishing in Vermont for many years with his guys who unfortunately passed before him. He also spent time in Maine and Alaska and his annual fishing trip with lifelong friends to Cape Cod Bay for stripers. Everyday Eric enjoyed breakfast at the 122A Restaurant with the "Breakfast Club," where he also planned their bimonthly evening adventure.

With a passion for connecting people, Eric fostered friendships wherever he went, generating unity and collaboration in a selfless, nonjudgmental, unassuming manner.

He will be lovingly remembered and missed by his wife of 29 years, Lois A. (Pakulski) Johansen; two sons, Clayton B. and Bennett J. Johansen both of Holden; a brother, Ray Johansen of Nantucket; a sister, Cori Beth Johansen of Wilmington, NC; and relatives in California. Besides his parents, he is predeceased by his brother, Brian Johansen and stepmother, Frances Johansen.

Relatives and friends are invited to visit with Eric's family from 4 to 7 pm on Friday, January 22, at Miles Funeral Home, 1158 Main St., Holden. For the safety of family and friends, social distancing and masks are required. A funeral service honoring his life will be celebrated privately on Saturday at the funeral home. Eric's service will be available for viewing later Saturday on the Miles Funeral Home website. Out of love and concern for the safety of Eric's family and friends, a gathering celebrating his life will be held at a later date and time to be announced. In lieu of flowers, memorial donations may be made to The Josh Thibodeau Helping Hearts Foundation, c/o Clinton Savings Bank, 200 School St., Clinton, MA 01510, or Wachusett Greenways, P.O. Box 121, Holden, MA 01520. To share a memory or offer a condolence, please visit

To plant trees in memory, please visit our Sympathy Store.
Published by Worcester Telegram & Gazette from Jan. 19 to Jan. 22, 2021.
MEMORIAL EVENTS
Jan
22
Visitation
4:00p.m. - 7:00p.m.
Miles Funeral Home
1158 Main St, Holden, MA 01520
Jan
23
Funeral service
Miles Funeral Home
1158 Main St, Holden, MA 01520
Funeral services provided by:
Miles Funeral Home
GUEST BOOK
16 Entries
Eric was a Kind Courteous and Giving. A wonderful Husband Father and Friend a Good Man. He will be missed by everyone that knew him.My thoughts and prayers are with his family. I can see him with his hunting buddies now and watching over his family I am so sorry for your loss.
Susan Oberg Jacobvitz
January 26, 2021
Great gentleman, always positive. My condolences! Great loss to the entire Holden community. Rest in peace Sir.
Martin
January 24, 2021
Eric was a great man and will be sorely missed by all who knew him. Since his early years as a paper boy in our neighborhood, his smile has brightened his path wherever he went. Our sincere condolences to Lois and the boys. Eric will never be forgotten. Rest in piece dear friend, until we meet again.
Sue and Dave Gallagher
January 22, 2021
Eric will be missed greatly for his smile and heartwarming greetings. Rest in peace.
Jack Namiotka
January 22, 2021
Dear Lois, Clayton and Bennett, This Obituary is a wonderful tribute to a remarkable man and a true friend. What more can we say except that we will miss Eric and never forget him! Please accept our sincere condolences.
Doug and Beryl
January 22, 2021
Sincere condolences to Eric´s family at this difficult time. Eric painted our house inside and out. He was a great guy and community member. He will be missed.
The Farrows
January 21, 2021
We met Eric when he painted our aholden home. He came to look at the job with little Clayton-then a toddler. Holden has lost a special citizen. I know he will be watching over his family and his town. With our sympathy.
Janet Cyganski
January 21, 2021
Eric was a stand up guy. He painted my house and we got to chat. Always positive and happy. He got me hooked on the activities at the Holden Senior Center. He will be missed and always in my prayers
judith anne pickett
January 20, 2021
We are so very sorry for your tremendous loss. Eric was an amazing person and Kevin knew him very well through the Nimrod League of Holden. He will truly be missed.
Laura and Kevin Chviruk
January 20, 2021
So sorry to hear about Eric's passing. Got to know Eric thru high school. Always a gentleman. He had great personality. Rest in peace Eric.
Glenn L. Egan
January 20, 2021
Eric has been a part of my life for as long as I can remember. It is hard to picture Holden without him. He and Lois were such good friends and neighbors to my grandparents, Leroy and Connie Mayo. I am grateful for every single interaction with Eric and grieve his loss with his family, friends and community.
Cathy Nicastro
January 20, 2021
Our Community has lost a great Neighbor. I can't remember all the things he did for me. My prayers go out to the Family. Rest well, Eric.
Howie Gelles
January 19, 2021
Eric was one of nicest people I have met, always had a smile. I did some work for him and helped him making cider. We lost a great guy. I am so sorry for your loss.
Bill LeMay
January 19, 2021
Served with Eric on the Holden Fire Department. He was always ready to help someone and always had a smile. He will be truly missed by all. Prayers to his family.
David and Rachel MacPhee
January 19, 2021
My sincerest condolences to the entire Johansen family at this most difficult time. I met Eric many years ago and always considered him a good friend. Rest in peace.
Stephen Rosen
January 19, 2021
My love to you, Lois. Ginny Woodbury
VIRGINIA G WOODBURY
January 19, 2021