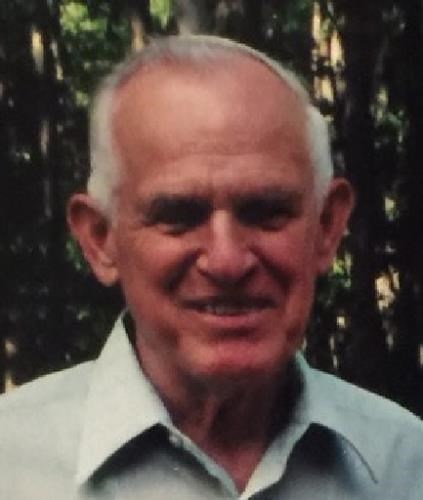 Southbridge - Eugene R. Remian, 95, formerly of Dennison Dr., passed away on Tuesday, Nov. 12th 2019, in the Southbridge Rehabilitation and Healthcare Center, after an illness.

He leaves many nieces and nephews. He was predeceased by his four brothers, Joseph Remian, Walter Remian, Andrew Remian and Henry Remian and his two sisters, Sophie Krupinski and Florence Komorek. He was born in Southbridge the son of Vincent and Mary Ann (Boduch) Remian. He was a graduate of Mary E. Wells High School where he played baseball, basketball and football. Eugene was a US Army Air Corps Veteran of World War II, serving in 881st Bomb Squad division as a tail gunner in a B-29 Bomber. He was a member of a B-29 crew that flew 35 missions and over 500 combat hours over Japan from the start of the war to the finish, the only B-29 to successfully do so. After the war he graduated from Holy Cross College in Worcester with his bachelors degree and later earned his masters degree from Boston University.

To plant trees in memory, please visit our Sympathy Store.
Published by Worcester Telegram & Gazette from Nov. 14 to Nov. 15, 2019.
MEMORIAL EVENTS
Nov
18
Calling hours
9:30a.m. - 10:30a.m.
Daniel T Morrill Funeral Home
130 Hamilton St, Southbridge, MA
Nov
18
Funeral Mass
11:00a.m.
Notre Dame Church of the St. John Paul II Parish
446 Main St., Southbridge, MA
Funeral services provided by:
Daniel T Morrill Funeral Home
MEMORIES & CONDOLENCES
Sponsored by Daniel T Morrill Funeral Home.
2 Entries
Mr. Remian was my teacher in the 70s at Shepherd Hill, as well as my father's teacher in the 50s at Cole Trade. What an amazing and storied life, well beyond the teaching, with the WWII facts. He never whispered a hint of that when I knew him so many years ago. He is simply an amazing man. As we say in the Navy: fair winds and following seas, Mr. Remian.
Kevin LeBlanc
Student
November 26, 2019
Hands down one of the best teachers I had the pleasure of learning from back at Shepherd Hill a long time ago. One day after breaking up a fist fight he encouraged us to join the YMCA and take up boxing and even showed us a few moves. He always challenged us to always be our best no matter what we did. Godspeed Mister Remian. Learned to love you then and always will..............!
Felix the Cat
November 15, 2019
Showing 1 - 2 of 2 results