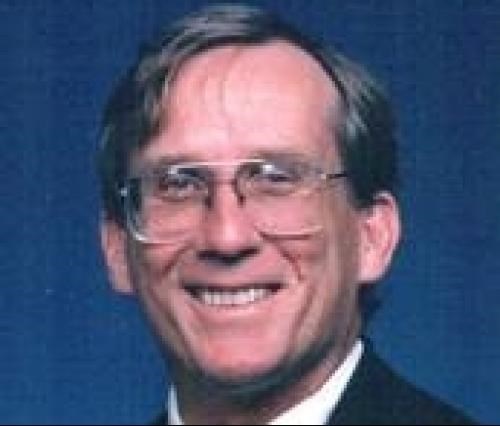 Worcester - Professor Tuck Amory of Worcester, MA, died on Sunday Sept 29th, 2019, after a long and courageous battle with cancer. Born in Manhattan, NY, and raised in Manchester, MA and Beverly Cove, MA, he was the son of Francis I. Amory Jr., of Beverly, MA, and Edith Anne Beadleston Amory of Easthampton, NY.

Professor Amory graduated from the Hill School in Pottstown, PA, where he was valedictorian of his graduating class and captain of the tennis team. He received his AB and MAT degrees from Harvard University, where he was heavily involved in Phillips Brooks House, an influence that permeated his whole professional career. Later, he re-ceived an MS in Social Work from the Boston University School of Social Work.

A quiet warrior for social justice, Professor Amory worked 10 years for the MA Department of Youth Services at the Shirley Industrial School, the Lyman School for Boys, and the Worcester Secure Treatment Unit as a teacher, coun-selor, and clinical director. He also worked for early community-based treatment programs including the Lowell Police Athletic League, Nuva Inc. in Gloucester, MA, and The Sanctuary in Cambridge, MA.

Later, Professor Amory was engaged in a dual career in higher education and psychotherapy. He taught for two years at Boston State College, and then for 35 years in the Urban Studies Department at Worcester State University. He also co-founded the Master's Program in non-profit management and coordinated it for over 20 years. In 1985, he received the college's Distinguished Service Award, followed by the Teaching Excellence award in 2007, and the Extraordinary Dedication to Worcester State University Award in 2008.

Professor Amory also co-founded Psychological Counseling Services with Dr. Edward I. Haupt. For over forty years, he saw thousands of clients for individual, couples and family therapy. He was cited on Talk of The Nation on PBS for innovative clinical approaches to the treatment of obsessive compulsive disorders and other challenging conditions. He was also a long term board member of Family Services of Central Massachusetts, First Night Worcester, Arts Worcester, and the Mary Dolphin Art Gallery at Worcester State University.

He was a four season Boston Sports fan, who loved gardening, crossword puzzles, throwing parties, having hetero-geneous friends, teaching, and giving psychotherapy. He was also a long term member of Worcester Bohemians. A voracious reader, his favorite author was Yeats. Tuck leaves us with this quote: "Think where man's glory most begins and ends, and say my glory was I had such friends."

He will be remembered fondly by many students and clients for his caring service and teaching. Many of his students went on to complete graduate degrees at the finest institutions nationally and internationally, including Oxford, Cambridge, Harvard, Yale Medical School, University of California Berkeley, Stanford, Brown, WPI, and his alma mater Boston University.

He is survived by his wife Amanda M. Amory (nee Guyett), his son Matthew Amory, his daughter Sarah Amory Welch and her husband Andrew, his brother David Sears Amory and his wife Peggi, his sister Hope Amory Bachelder and her husband Robert, grandchildren Hunter and Raine Amory by Matthew, and Lily and Charlotte Welch by Sarah, Amanda's sister Corinne Norris and her husband Greg, his nieces Lindsey Bachelder Graziano and Caroline Bachelder and nephew Sam Bachelder by Hope and Bob, his nephew Jesse Amory by David and Peggi, and his nephews Mitchell and Nicholas by Corinne and Greg.

Published by Worcester Telegram & Gazette from Oct. 3 to Oct. 4, 2019.
To plant trees in memory, please visit the Sympathy Store.
MEMORIAL EVENTS
Oct
26
Memorial service
2:00p.m.
Worcester State University in the Sheehan POD Dining Area
MA
Funeral services provided by:
Miles Funeral Home
MAKE A DONATION
MEMORIES & CONDOLENCES
Sponsored by Miles Funeral Home.
11 Entries
I drove by his house today after a Dr's appt and thought of the great classes i had with him at WSC. To my sorrow I've found this page. Like many have said, he pushed you hard in class, expected you to be prepared but unlike many, he gave a World Class Education to those who were there. I'll always remember your laugh Tuck and may God Bless You for Blessing us.
jack frain
October 30, 2019
Tuck was such a presence in Worcester. Everyone seemed to know him. His smile was ever-present, and his intelligence was notable. I will always remember listening to him speak philosophically about life, and specifically about his struggle with cancer. This occured at a family gathering after a memorial service for my Aunt Emily. Tuck began talking, and he was so focused on telling his story. Eventually the gathered family members stopped conversing and all turned toward Tuck to listen. It was truly an exceptional moment for us all.

We are grateful to Amanda (my cousin) for providing the opportunity to get to know Tuck over the years. Tuck always said of Amanda that she could do anything she put her mind to - and that is true!

We send our heart-felt love to Amanda and Tuck's family.

Love,
Brenda and Bob
October 11, 2019
I was one of many who called Tuck a Hill School classmate. Sincere condolences from my family to a classmate and friend from 1959 through 1962.

Jim Weiskopf
October 9, 2019
Tuck was more than the most inspiring professor I ever took a class with, he was a good friend. He counselled me when I needed professional counseling, challenged me when I needed to be challenged, and had drinks at the Sole Proprietor when it was time to unleash a bit of stress. He was a leader, a teacher, a fighter for what's right, and a great friend. His influence will carry on with everyone he taught and befriended throughout the years.
Ken Gottleib
Friend
October 7, 2019
Sophocles says that "evening must come to see how splendid the day has been" For Tuck evening has come and to have known him you know that he led a splendid life. I was fortunate enough to share office next to him some 25 years ago at WSU. He remained my friend through thick and thin. He was dedicated, so very loyal to his friends and a lovely human being. God Bless you Tuck.
Kevin Cahill
October 5, 2019
He was an amazing man that touched so many minds and hearts at WSC / U . Now he touches the stars and galaxy. God be with you Amanda, Family & Friends. Sending Peace, Prayers, Hope & Love along with our deepest condolences.
Love,
John Ellsessar
John Ellsessar
October 5, 2019
The following was the quote that appeared next to Tuck's photo in The Hill School Yearbook the year he graduated. Some things (and people) never change.

"You hear that boy laughing? -- You think he's all fun;
But the angels laugh, too, at the good he has done;" - Oliver Wendell Holmes

May Tuck's soul rest in the peace and love of his Creator whom he served so well on this earth.

Frank Orban - Hill School and Harvard Classmate and lifetime friend.
Frank Orban
October 4, 2019
I will miss Tuck. I first knew him as my professor in the Masters program in Human Service Management. He was a demanding professor who expected the best from each student. He was a tough grader and had a lengthy reading list. I learned from him that one has to be great in life not average if you are to help others. This has helped me as a psychotherapist for the past twenty-three years. He along with Harold Langlois inspired me to transcend who I was personally and professionally. I also knew Tuck as a friend and treasure the late night talks at the Boynton (sometimes with Neil Brophy) that filled me up with the desire to remain vital. His was a life well lived.
Stephen Stathis
October 4, 2019
I had Tuck as a professor at WS. He was an amazing man with an incredible mind. He was challenging and brilliant! He gave me a whole new viewpoint of how to think and see things differently. I became a different person because of him and I will always be grateful. May he rest in eternal peace.
Nancy Peris
October 4, 2019
Tuck was the most engaging Professor I ever had, and I've thought of him often over the years. Loved his classes. He certainly was a brilliant, vibrant man who was continually learning and encouraging others to do the same. Education was not a spectator sport in Tuck's classes. He demanded that his students be prepared-and he would hold each one accountable-in every class! Woe to those that were not prepared! And being prepared didn't mean you were off the hook either! You'd better be prepared to share and defend your opinion. And when you did, you won his respect. I think that is what all of his students wanted. Because Tuck didn't take his job for granted, he wanted his students to be educated and to engage in the world around them. I learned a lot from Tuck, and I am grateful to have been in several of his classes. Hoping to see him on the other side some day!
Cathie Barrows
October 4, 2019
Both Arthur and I will miss Tuck a great deal. He was so very helpful and kind - helping us deal with our daughter's cancer. We have known Tuck for perhaps 40 years. All three of us have attended art shows together at the Sprinkler Factory and ArtsWorcester and at the art gallery at WSU. So many of his students loved him. It is remarkable how many people Tuckhelped in his life...going out of his way to visit those who had serious problems. We shall miss him terribly. He was a saint who walked the earth.
Arthur Roberts
October 3, 2019
Showing 1 - 11 of 11 results