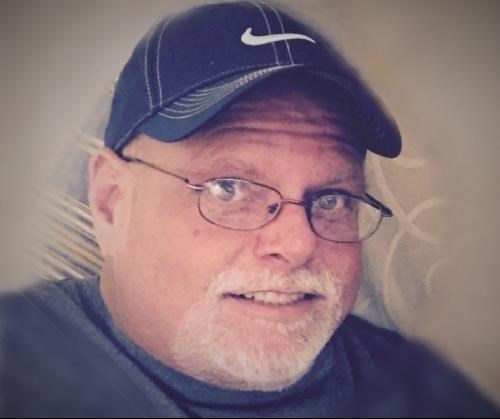 WORCESTER - Gary D. Killeen, 60, of Worcester, died unexpectedly on July 2, 2021 at St. Vincent Hospital. Gary, a native of Worcester, was the youngest son of the late George E. and Norma V. (Towns) Killeen.

Gary had a long career in hospitality and food service, most recently at Quail Hollow Golf & Country Club in Oakham. Throughout his career he consulted with several restaurants across the country. He most proudly was the executive chef and co-owner of Thymes Square on the Hudson in Worcester with his sister Jean. During his time at Thymes Square, Gary made countless friends and it afforded him the opportunity to work side by side with many family members, including his sister Jean, nieces Christie, Reaghan, and Paige, and his mother, Norma Killeen. Norma was more than a mother to Gary; she was his best friend and co-conspirator in life. For many years, Gary was the primary care giver for Norma, until her death in 2015.

Gary found a way to love everyone in his life including his many nieces, nephews, grandnieces and grandnephews, all with whom he shared a special bond. His friends were like his family and there are too many to name. Those who knew Gary, loved Gary-and it was mutual; family and friends were his purpose.

He was a 1979 graduate of St. John's High School in Shrewsbury and attended Assumption College. He was an avid golfer, and a proud and opinionated New England Patriots and Boston Red Sox fan. For decades his fantasy football team, PYT4Eva, fought for a championship but continuously fell short.

There will be a calling hour on Friday, July 9, at 11 a.m. at the Athy Memorial Home, located at 111 Lancaster St., Worcester, followed by a prayer service in the funeral home at noon. Burial will be private.

In lieu of flowers, donations may be made to the YWCA of Central Massachusetts (https://ywcacm.org/donate).

Published by Worcester Telegram & Gazette from Jul. 6 to Jul. 7, 2021.
To plant trees in memory, please visit the Sympathy Store.
MEMORIAL EVENTS
Jul
9
Calling hours
11:00a.m. - 12:00p.m.
Athy Memorial Home
111 Lancaster St, Worcester, MA
Jul
9
Prayer Service
12:00p.m.
Athy Memorial Home
111 Lancaster St, Worcester, MA
Funeral services provided by:
Athy Memorial Home
MAKE A DONATION
MEMORIES & CONDOLENCES
Sponsored by Athy Memorial Home.
23 Entries
George and Judy - So sorry for your loss. Gary was a talented chef and we had many a delicious meal at Thymes Square. Our thoughts and prayer are with you. Steve and Mary Minor
Mary Minor
July 19, 2021
Rest In Peace my friend Love your forever "lil fireball"
Molly
Friend
July 12, 2021
Many conversations about family and especially moms. You´re together again and that will never change. Rest In Peace my friend. Doc
Doc
July 9, 2021
God Bless
Joe & Kathy Sharry
July 8, 2021
Saint Johns Class of 1979, Condolences to the Killian family. Great Guy!!!
Bill
July 8, 2021
Jean, George, and Mark, so sorry to hear about the passing of Gary. He always carried a smile and offered a kind word; I can still hear his laugh. The Killeen family was the standard of kindness on Burncoat Street. Everyone has a fond memory and impactful story about your mom and dad, they passed their caring for others on to all of you. We are thinking of you during this difficult time.
Jay Gardiner
July 8, 2021
Many good times and memories. Condolences to the Killian family.
Kevin Flynn
Friend
July 7, 2021
George,Im very sorry to hear of Gary's passing.I remember him when he was kid coming to watch your basketball games at St.John's gym.I'm sure he will be missed by everyone.May he rest in peace.
THOMAS J.MARSELLO JR.
July 7, 2021
My condolences to the family ..... Gary and I were in the 1979 class at St John´s .... And in the same home room .... As always, he was an all - around good guy .... Helpful, friendly and good natured ..... peace to you Gary and God bless your family during this time
David Lanoie
School
July 7, 2021
Our condolences to the Killeen family. Had a lot of good times over the years with Gary, May he rest in peace
Bill and Lisa Hilli
July 7, 2021
George, I offer my condolences to you and you're family at this time of need. Gary was a good man and an even better friend. He will be truly missed. RIP brother. Johnny Y
John Yanczewski
July 7, 2021
George, sorry for your loss, I will remember Gary in my prayers.
Sal Degon
July 7, 2021
My sincere condolences to the Killeen family. Prayers to all of you during these difficult times. May Gary rest in eternal peace.
Anthony Petrone
July 7, 2021
Gary, together we enjoyed a lot good times, laughs, music, beer and food. Thanks for all of it. Rest in Peace.
Pete Bove
July 7, 2021
I have only wonderful memories of working with Gary. I am so sorry for your loss. He will be greatly missed.
Allison Galvin
Friend
July 7, 2021
Our most sincere sympathies to the Killeen and Bik families in this difficult time. May Gary´s memory always be for blessing.
Paula and Dennis Selvitella
July 7, 2021
Rest easy my friend. God Bless you and the Killeen family.
Jim Trainor
July 7, 2021
R.I.P.
Beau Sharry
Friend
July 7, 2021
So sorry for your family loss.
Lee Jarvis
Other
July 7, 2021
We loved Gary and were honored that he and his Mom considered us members of the family. He was a talented chef. And a really sweet guy. He will be missed by lots of people, including Drew and Maggie and me. Peace for his family.
Betsy Astolfi
July 7, 2021
Our sincerest sympathies to the Killeen family. We had the please of enjoying many meals prepared by Gary. Rest In Peace
Charlie & DIANE TOOMEY
Other
July 6, 2021
To All of Gary´s family, so sorry for your loss. We lost a great man and great friend! Mike Germain
Mike Germain
July 6, 2021
Burncoat Street has lost one of the very "best". He was a warm and wonderful friend to many and will be forever missed.
Tim and Liz Bibaud
July 6, 2021
Showing 1 - 23 of 23 results