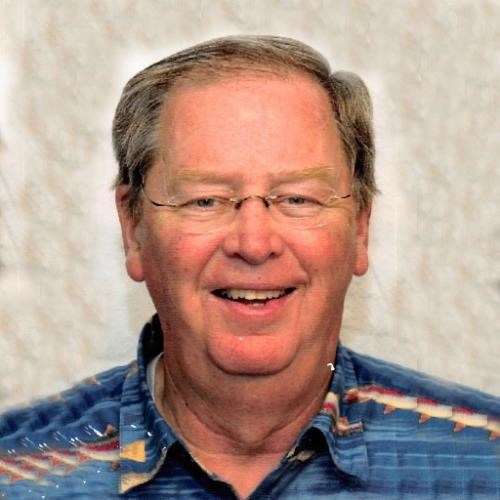 Lancaster - Glenn M. Rosander, 77, passed away peacefully at home on Thursday, April 23, 2020 after an illness. He was born in Bremerton, WA, the son of Martin A. and Alice N. (Ramey) Rosander and had lived most of his life in New England before moving to Lancaster in 2006.

He leaves his loving wife of 44 years, Donna M. (Golden) Rosander; his daughter, Stacey L. Rosander and her husband, William Thornley of Maynard; his brother, John Rosander of Thailand; two grandson, Liam and Nathan Thornley; and nieces and nephews. He was predeceased by his sister, Julie Salisbury.

Glenn graduated from Washington State before enlisting into the Air Force in 1968. He proudly served his country for twelve years before being honorably discharged in 1980. From his time with the Air Force until his retirement in 2012, he worked as an Engineering Manager for Digital Equipment, Inc, Carrier, Carnegie Mellon University, Booz Allen Hamilton and Raytheon. He was an avid fisherman with a passion for photography and technology

Due to the national health crisis, funeral services for Glenn will be held at a future date to be announced. In lieu of flowers, memorial contributions may be made to Parkinson Foundation or Dana Farber Cancer Institute. Arrangements are under the care of the Miles-Sterling Funeral and Tribute Center, 100 Worcester Road, Sterling. To share a memory or offer an online condolence, please visit

Published by Worcester Telegram & Gazette from Apr. 25 to Apr. 26, 2020.
To plant trees in memory, please visit the Sympathy Store.
MEMORIAL EVENTS
To offer your sympathy during this difficult time, you can now have memorial trees planted in a National Forest in memory of your loved one.
MAKE A DONATION
MEMORIES & CONDOLENCES
1 Entry
I worked with Donna Rosander at Digital. It is with deep sadness that I send my condolences for your and your family's loss.
Jon. Belanger
Coworker
October 4, 2020
Showing 1 - 1 of 1 results