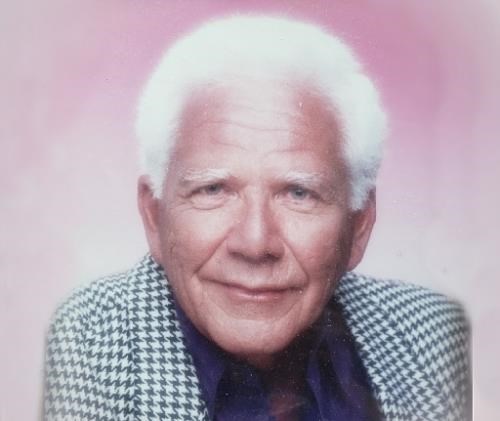 James was born in Haverhill, the son of the late Nicholas and Francesca (Dimitriadou) Eliopulos. His parents immigrated to the United States from Greece settling in Haverhill and then in Worcester.

Known for his intellect and respected by both his colleagues and clients, James was a great problem solver, a compassionate attorney and strong leader. He was proud of his Greek heritage. His interests were many, from traveling the world to playing tennis and skiing. But most of all his lifelong passion was music, from playing the violin to attending concerts. He was a pioneer audiophile creating acoustics to mimic the sound of a live performance in his home.

Raised in Worcester, MA he served towards the end of World War II as a Seabee in the United States Navy and was stationed on Johnston Island. After the war, he served in the Air Force Reserve from 1952–1966 and was honorably discharged as a captain.

James received his bachelor's degree in biology from Clark University and law degree from Boston University. While attending law school, James met his wife on a blind date in Boston through mutual friends. He was immediately taken with the vivacious, outgoing and creative, Helena. Both Greek-American, they were married in the Greek Orthodox church in Watertown and relocated to Northborough where they built their house and raised their four children.

From a young age, his mother, inspired him to do well in school and to pursue advanced degrees, while simultaneously developing his musical talent. He will be greatly missed by his family.

He was one of the founding/senior partners of Burke, Ellis, Minor & O'Neill/Ellis & Associates Law Offices in Worcester, MA and retired in 2016. James also served as the Chairman of the Board of Health in Northborough.

A service in celebrating James' life will be held at a later date.

At his request, in lieu of flowers, donations in his memory can be made to WGBH/Boston (www.wgbh.org/support/donate).

To leave a note of condolence for James' family or to share a fond memory, please visit www.brittonfuneralhomes.com

To plant trees in memory, please visit our Sympathy Store.
Published by Worcester Telegram & Gazette from Oct. 24 to Oct. 25, 2020.
MEMORIAL EVENTS
No memorial events are currently scheduled.
To offer your sympathy during this difficult time, you can now have memorial trees planted in a National Forest in memory of your loved one.
Funeral services provided by:
Britton-Shrewsbury Funeral Home
GUEST BOOK
2 Entries
Dear Mrs. Ellis, Jamie, Nick, Kathie (and family), Sabrina & Lora: May your hearts soon be filled with wonderful memories of joyful times together as you celebrate a life well lived. Mr. Ellis was a wonderful man and boss. He will be sorely missed by many.
With Sympathy, Lynn, Kenny & Family (Angell)
Lynn-ann Angell
Coworker
October 28, 2020
I’m sorry to hear of Mr Ellis‘ passing. He was very kind to our family and I have fond memories of having fun at his Northboro home and the ski trips when I was a kid. He will be missed. My best to the family.
Jon Kentros
Friend
October 26, 2020