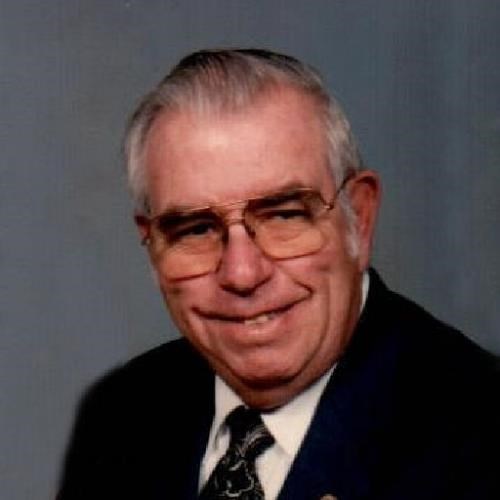 Holden - James E. Hill, Sr., 90, a lifelong resident, passed away on Sunday, August 15, 2021 at Dodge Park in Worcester after an illness. He was born in Holden, the son of Ernest and Mildred (Mellen) Hill.

James graduated from Holden High School and Franklin Institute of Technology in Boston. After completing his education, he proudly served his country in the U.S. Army during the Korean Conflict. James worked for the Town of Holden for 28 years retiring as the head mechanic in 1995. Previously, he worked at Chaffins Garage. He was a member of the Holden Baptist Church; the Greendale Retired Men's Club and served on the auxiliary fire department in Holden for 45 years. He also enjoyed fishing and woodworking projects making toys and birdhouses.

A private committal service will be held at Grove Cemetery in Holden. In lieu of flowers, memorial contributions may be made to the Holden Assoc. of Fire Fighters, P.O. Box 90, Holden, MA 01520. Arrangements are under the care of the Miles Funeral Home, 1158 Main Street, Holden. To share a memory or offer an online condolence, please visit

Published by Worcester Telegram & Gazette from Aug. 17 to Aug. 18, 2021.
To plant trees in memory, please visit the Sympathy Store.
MEMORIAL EVENTS
To offer your sympathy during this difficult time, you can now have memorial trees planted in a National Forest in memory of your loved one.
Funeral services provided by:
Miles Funeral Home
MAKE A DONATION
MEMORIES & CONDOLENCES
Sponsored by Miles Funeral Home.
2 Entries
Sorry to hear of this, Pete. Condolences to you, Tanya, and the entire Hill family.
George & Karen Shea
August 19, 2021
To the Hill family, sorry to hear the sad news! He was one of the greats in town! Again sorry for your loss! Gary UPS Brueggemann
Gary UPS Brueggemann
August 17, 2021
Showing 1 - 2 of 2 results