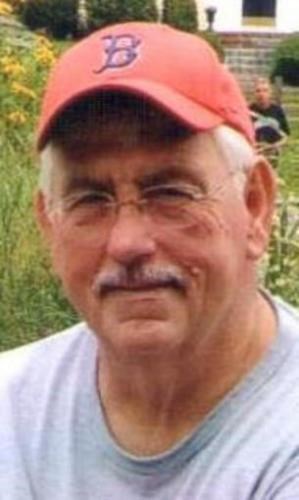 FITCHBURG - John Francis Dzerkacz, beloved husband, father, and Pa, entered into eternal life on May 8th, 2017. He was born on December 15th, 1948 in Concord, MA, the son of the late John and Jessie (Reska) Dzerkacz. John attended Maynard Elementary School and graduated from Xavier High School in Concord, MA in 1966. He continued his studies at Boston College, then joined the U.S. Army Reserves and was honorably discharged at the rank of Staff Sargent. He received his Bachelor's Degree in Psychology/Sociology from Framingham State College in 1973. He went on to continue his education at Boston College earning a Master's Degree in Education in 1974 from the Special Education Program, specializing in learning disabilities.

John became employed at Montachusett Regional Vocational Technical High School, in Fitchburg, MA as the Director of Special Education, a position he held there for 20 years. In 1994, he became Principal of Monty Tech, a position he held for nine years, after which he became Business Manager there until he retired in 2007. He dedicated his life to education, finding great fulfillment in guiding others, and was especially proud of the "Bulldog Pride" program he helped to initiate.

John loved being with his family and taking care of everyone. He was overjoyed to be a grandfather, and loved every minute he spent with Ava, Zoey, and Johnny. John also loved spending time on Cape Cod, fishing, hunting, gardening, being outdoors, and a good Red Sox game. He was known for his sense of humor and was always giving advice and trying to teach lessons.

His strong faith which he shared with his family, has always been his strong foundation. He had a special love of the Eucharist, and a devotion to the Blessed Virgin Mary, especially loving the rosary.

To plant trees in memory, please visit our Sympathy Store.
Published by Worcester Telegram & Gazette from May 9 to May 10, 2017.
MEMORIAL EVENTS
May
11
Calling hours
4:00p.m. - 7:00p.m.
Brandon Funeral Home - Fitchburg
305 Wanoosnoc Rd. , Fitchburg, MA 01420
May
12
Funeral Mass
9:30a.m.
Saint Bernard's Parish at Saint Camillus Church
333 Mechanic St., Fitchburg, Massachusetts
May
12
Burial
Saint Bernard's Cemetery
Funeral services provided by:
Brandon Funeral Home - Fitchburg
MEMORIES & CONDOLENCES
Sponsored by Brandon Funeral Home - Fitchburg.
19 Entries
It was almost 5 years ago that John gave a few of us a papal crucifix, I still carry it in my pocket everyday! ‘Derk’ will never be forgotten...
Paul M Rossi
Friend
May 3, 2021
George
May 14, 2017
thomas campbell
May 13, 2017
I had the honor and privilege of having John as my prinicipal when I first started teaching at MT. He was truly dedicated to the students and the school. My deepest sympathies to all of his family.
Scott Zibel
May 12, 2017
John was a good friend in high school; always positive and cheerful. In our few encounters since high school, I knew him as a man of conviction, deep faith and generous heart. His love of God, commitment to family and thoughtfulness of others is an inspiration to all of us who had the privilege to know him.
David Chandonnet
May 12, 2017
John and I with my brother Peter were altar boys together with John. We shared many memories. He was always known for his strong faith. We jokingly referred to him as "Friar Tuck". We shared many a fishing day together in search of the big one that got away. It is with much sadness that I received word of his early demise. May the God of his faith console you and family on your loss, Judy. John will always be in my prayers
Jim Pronko
May 11, 2017
Dear Judy, I am so sorry to read this about John. Without success, until today, I have been trying to find you. Think of you every May 10. You and your family are in my prayers and heart. I hope you have good friends around you. Lovingly, Kathy Nash Schneider ([email protected])
May 10, 2017
Many of us had a deep bond with John due to his kindness to everyone and always his sense of humor. I am so saddened by his passing. My prayers are with you all.
Peter Nolan
May 10, 2017
Sarah, Very sorry to hear of your loss. You and your family are in my thoughts and prayers. Cheryl
Cheryl LePain
May 10, 2017
John was a good friend during my days at Xavier and was well liked and respected by all. A soft spoken man with a deep heart, it is with great sadness that I read of his passing but also joy because I know how much he honored our father in heaven and I am sure he is close by with our savior praying for all he left behind. he will not soon be forgotten.
george logan
May 10, 2017
It has been 55 years since John first graced Xavier High School, its teachers and its students with his presence and for that we are truly blessed.

John made education his life's challenge and ambition. As a student, a scholar at BC, a tender special education director at Montachusett Regional, or a creative administrator at Monty Tech, John never ceased expanding the limits the successful delivery of educational opportunity and achievement to those who he touched.

Throughout his life John was "gifted." Not in any silly "report card" way. Rather John had the profound gift of channeling all his personal efforts to evolving into an amazing human being.

He had to work tirelessly, he had give it his all. And he did. In class, things did not come easy for John. He was not gifted. At Xavier he worked hard, as he used to make clear to me: "I'm not a 'Brain' like some of the smart as....es around here." But I love Xavier and I will make it. And he did.

Never forgetting his challenges and the need for hard work deep seated in every educational adventure, he lived the life of a teacher keenly perceptive of all educationally challenged students' needs and committed to seeing their dreams actualized.

In talking with him last summer he told me about his health challenges but reminded me that he has been blessed knowing his life achievement was that of helping others evolve through effort and hard work, especially challenged students. John was blessed to be a
"Good Teacher."

A Man of Faith. A Man who worked hard. A Quiet Man of passion. A Teacher dedicated to the dreams of the non-gifted. John was
a Good Teacher's Student of students.

Given his huge presence and his major achievements it seems a contradiction to impose this image on him. . .

John was my "Teacher's Pet."

I send my warmest prayers, thoughts and blessings Judy, John, and Sarah. Your dear husband and father now enjoys the Fullness of the Risen Life.

Charlie Hegarty
Charles M. Hegarty
May 10, 2017
I was deeply saddened to learn of John's passing. While we both grew up in Maynard, I did not know John until we became classmates at Xavier. John was a serious student but also had a good sense of humor. I was not surprised to learn that he had found his vocation as an educator. Through both his work and his friendships, he touched many lives. He will be missed

To his his family I offer my prayers and sincere condolences for their loss.
Frank Catania
May 10, 2017 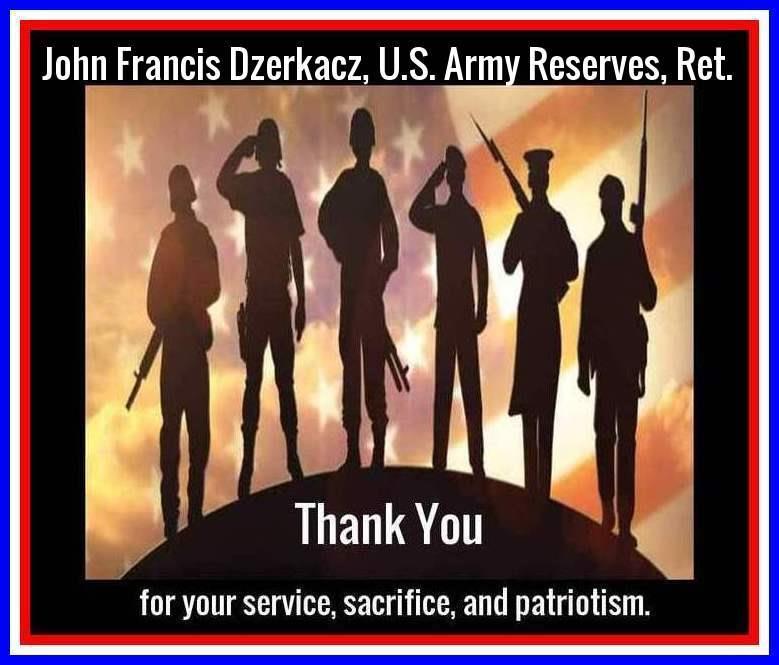 Though our grateful nation mourns with you in your loss, we can only feel a small part of the loss you are experiencing.

In deepest sympathy.
A Grateful American
May 10, 2017
It seems like just yesterday that Derk and the rest of us were roaming the hallways & the classrooms at Xavier as part of the first graduating class. I do not think many of us understood that we would be seniors for four years!

Derk was quite intelligent, but more importantly he had a good heart and it showed. Even though my career has taken me all over the world I remember him very fondly!

Hud
Hudson Warren
May 10, 2017
John was the other "Polack" in our class. we were close all throughout school and I will forever treasure those memories of him
Dr. Andrew Blairsville
May 10, 2017
Dr Andrew Linial
May 10, 2017
Dear Judy and Family,
I was fortunate to have known John during our adolescent years at Xavier High from 1962-1966. John was always outgoing, kind, humorous, and generous of spirit.
I was not surprised that John spent his career in helping others in need. During his illness, I learned from him of his love and dedication to his family and faith. God Bless You All.
Paul Rossi
May 10, 2017
Mr. Dzerkacz Was a Great help to me at Monty Tech. I have few Learning Disabilities that he helped me work with. I graduated high up in rank Class of 78 and went on to college at OK State.