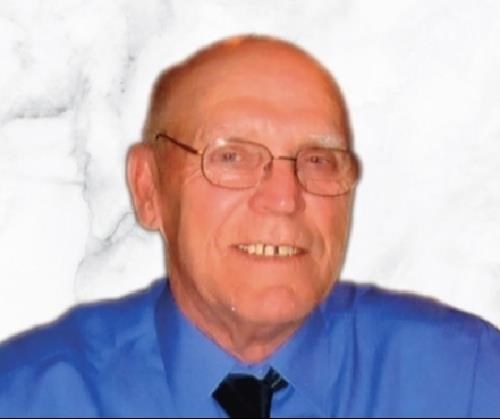 He is survived by his wife, Nancy T. (Ciampaglia) Sleeper, with whom he would have celebrated 50 years of marriage on August 24th; three children: John D. Sleeper and his wife, Stephanie, of Leominster, Amy E. Moro and her husband, Keith, of Worcester, and Lori A. Sleeper, and her companion, Jose Machuca, of Lancaster; five adoring grandchildren: Brian Sleeper, USMC, Matthew Sleeper, Juliann Sleeper, Jack Moro, and Travis Moro; two sisters, Susan Masciarelli, wife of the late Cam, and Martha Gause, both of North Carolina; many nieces, nephews, and their families. He was predeceased by his brother, David Sleeper, who died in 2017, and two nephews, Daniel Schmidt, and James Gause.

Jack was born in Clinton, and raised in Lancaster, son of the late Ralph A. and Pauline B. (Bedell) Sleeper. He was a graduate of Nashoba Regional High School, Class of 1965. The following year, Jack enlisted with the US Marine Corps, and was deployed to Vietnam. A proud, humble, and selfless Marine, Jack never spoke openly of his time in combat, but was a highly decorated Veteran, receiving many commendations for acts of heroism in Vietnam, including the Bronze Star with Combat V, the Silver Star, the Navy Commendation with Combat V, and the Vietnamese Cross of Gallantry, among others.

From his return home from the Marine Corps in 1969, until his retirement in 2003, Jack worked as a Carpenter for the Local 107.

A member of Immaculate Conception Church, Lancaster, and the American Legion, Jack was a hardworking man, who always put family and friends first. He enjoyed the simple pleasures in life – his daily coffee with Doug, Glen, Vic, and Wes; and his annual reunions with "Charlie Co. First Recon," his USMC Brothers and fellow combat veterans. Above all else, he cherished time spent in the company of his wife, children, and grandchildren.

Published by Worcester Telegram & Gazette from Aug. 10 to Aug. 12, 2018.
To plant trees in memory, please visit the Sympathy Store.
MEMORIAL EVENTS
Aug
13
Calling hours
5:00p.m. - 7:00p.m.
McNally & Watson Funeral & Cremation Service
304 Church Street, Clinton, MA
Aug
14
Funeral
McNally & Watson Funeral Home (Procession to Church)
304 Church Street, Clinton, MA
Aug
14
Mass of Christian Burial
11:00a.m.
Immaculate Conception Church
809 Main St., Lancaster, MA
Funeral services provided by:
McNally & Watson Funeral & Cremation Service
MAKE A DONATION
MEMORIES & CONDOLENCES
Sponsored by McNally & Watson Funeral & Cremation Service.
21 Entries
My name is Paul St Jean. I met John at the North Hampton VA Hospital while attending the PTSD program. We became good friends, staying in touch long after the program ended. I used to catch it from John as I was Navy man, Hospital Corpsman. I want to say Rest In Peace John. I miss our trips to Dunkin Donuts in the morning
Paul St Jean
Friend
June 17, 2020
Dear grampie, Hi❤I miss you and love you sooo much!! And you are missed by hundreds I just want you to know I just had a birthday and it was my first without you!! I had a hard day today missing you today was my party ❤I missed you so much and got something of yours a wallet from Alaska it was the best gift you know why cause it was yours! Anyway bye love you❤❤❤❤❤❤❤Love always,
Travis xoxo
Travis Moro
March 10, 2019
Memories cloud with time but I remember Sgt. Sleeper. I served in Company C at the same time but unfortunately I didn't know him well. In fact, didn't know his first name - only Sgt. Sleeper. I recall him being rather mild mannered, perhaps an unusual trait for a warrior. I know in reading his citation for the Silver Star that he saved many lives that day. No higher praise can be said of a fellow Marine. R.I.P Sgt. Sleeper.
William 'Bill' Hill
September 30, 2018
Some are natural leaders. Sgt. John Sleeper was one.
I had the privilege to have had him lead our Marine patrol
with great distinction.

Semper fi, David Mack
David Mack
September 5, 2018
Your legacy of service to family, friends, and country stand as an example to all of us, of what it means to live a life in service to a higher principle . Your memory will live on in those who knew you. You made the world a better place and showed us all that what is most important is not the length of ones life but instead the quality of the life lived. You will be missed by all who knew and loved you. The world has lost one of the good ones. Rest In Peace Jack!
Condolences to Nancy and the entire Sleeper family. We love you all!
Love the Harris Family.....
Joanne Harris
Friend
August 14, 2018
Dear Nancy, please accept my condolences on your loss. Thinking of you, and your family.
Larry Johnson
Larry Johnson
Coworker
August 13, 2018
Dear Jack, Nancy and family,

Godspeed and safe passage, Jack. Your passing has left a hole in our hearts that can never be filled. Although you left us way too soon, you were a brother veteran and the best friend a guy could ever hope to have. I will always treasure the myriad memories and all the good times that you, Nancy, Linda and I had together. You were one of the most selfless, even-tempered and nonjudgemental people I have ever known; always there when I needed a helping hand. I am your bud forever and I love you. Peace and solace to you, Nancy. Jack will live in our minds and hearts until we are all together again in the Hereafter. I know that when my turn comes to enter God's Kingdom, Jack will be reaching way, way down to help me over that last hurtle, just like he did for his brother Marines in Vietnam.

Glen (the "Squid") and Linda
Glen McEntire
Friend
August 13, 2018
Amy, I am so sorry to hear about your Dads passing. He sounds like he was quite a guy and a real war hero. I hope that all your fond memories will provide you with comfort in this time of sorrow.
Bob Gardner
Coworker
August 12, 2018
so sorry for your loss. Please accept my sympathy to you & your family. I didn't know Jack but have heard that he was a great guy. Stay strong..
Pauline Dillon
Friend
August 12, 2018
Our sincere condolences to you ,Nancy, and your family. We remember John at Croyden Street on your Sunday and holiday visits. As long as he remains in our thoughts he will always be near.
Love Louie and Mary Felice
Mary FELICE
Family
August 12, 2018
So sorry for your loss, John and I worked together so many times and remember John as such a great guy to be with. John will be missed by many of us
Kevin Lavin
August 12, 2018
My deepest sympathies to John's family. I was privileged to know and serve with John in Charlie Co. 1st Recon Bn. in Vietnam. He was a quiet, confident and reassuring presence . He will be missed by his Marine Brothers.
wayne parker
August 11, 2018
With deepest and heartfelt sympathy to John's family. I was privileged to know and serve with John in Vietnam. A quiet and strong presence . He will be greatly missed by his Marine brothers.
Wayne Parker
August 11, 2018
Nancy, Amy, John D, and Lori and the entire Sleeper Family,
Please accept my heartfelt condolences on the loss of John. He was quite the man - soft spoken, quiet, competent, and a gets things done / make things happen kind of guy. I served with John in Vietnam as part of the the 1st Recon Bn. Charlie Company, USMC. Know that a part of me has also been lost to this world, but know that you now have John in heaven cheering for each of you to be the best you can be - as he did - and that he is in a much better place.
Semper Fidelis, Sleeper family,,,,,,and OoRah, John
John F. Smolen, USMC
John Smolen
Military
August 11, 2018
My deepest heart felt condolences to John's family. Although we never knew each other personally, we served in the same unit together in Vietnam. Johns reputation was legendary when I was there. Hero's of this caliber gave us a lot of pride. Semper Fi Sgt Sleeper.
Dan Sweeney 1st Force Recon Bn
Daniel Sweeney
August 11, 2018
We are so sorry for your loss. We didn't know him, but we heard so much about him thru his son John. How proud of an man he was, for serving our country and raising such an beautiful family. You will be in our thoiughts and prayers. God Blees.
Ronald Millman
Acquaintance
August 10, 2018
Keith, Amy and kids, Beth and I are so sad to heat of the loss of Jack. He was the definition of a humble American hero, Semper Fi. I always remember Phil saying what a special person he was. Our condolences to your family. Our thoughts and prayers are with you.
Stephen and Beth Moro
Family
August 10, 2018
Our hearts go out to your family. Thoughts and prayers
Robert&Rowena Lafountaine
Friend
August 10, 2018
Jack was a great man. We all loved having him as a patron of PepperMill. We send our deepest condolences.
Pamela,Stacy,Stephanie, Jacob and Jim PepperMill
August 10, 2018
Our wonderful friend, we will miss you and will treasure memories of times we spent together.
David and Lois Linville
Friend
August 10, 2018
Oh Nancy, so very sorry to hear about your husband. May all of your precious memories sustain you during this difficult time. May he Rest In Peace.