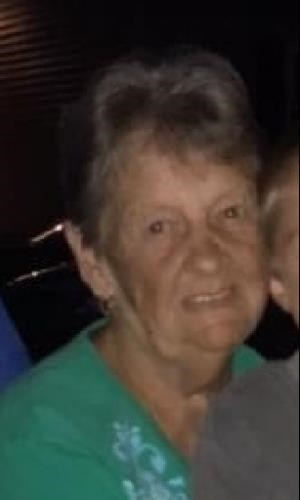 Worcester - Judith A. (Ball) Fitzgerald, 75, of Worcester, died Tuesday, April 13th in UMASS Memorial Hospital – University Campus. She leaves her three sons, Todd Fitzgerald who was her caretaker and with whom she lived, Sean Fitzgerald and his wife, Susan of Auburn, Raymond Fitzgerald and his wife, Andrea of Charlton; her sisters, Barbara Miller of Milford and Cheryl Banfill and her husband, Francis of Worcester; six grandchildren, Kennedy, Kerri, Raymond III, Colin, Owen and Megan; three great grandchildren, Lilah, Liam and Alhiana; and four nephews, Lucas, Jake, Cole, and Bryce. Judith also leaves, Bob Roy, PJ Roy, and Chris Roy who were like sons to her and her beloved bird, Fitzy.

She was born in Worcester the daughter of George and Lillian (Mullins) Ball. Judy worked at Clark University for many years as a housekeeper. She was an avid Patriots fan. Judith enjoyed spending time at Hampton Beach, playing cards and bingo. Most of all, Judith relished the time she spent with her family.

The family would like to thank the staff of the ICU Critical Care Unit at UMASS Memorial Hospital for the compassion and care they gave Judith.

Funeral services and burial will be private and at the convenience of the family. O'CONNOR BROTHERS FUNERAL HOME, 592 Park Avenue is assisting the family with arrangements.

To plant trees in memory, please visit our Sympathy Store.
Published by Worcester Telegram & Gazette from Apr. 14 to Apr. 15, 2021.
MEMORIAL EVENTS
No memorial events are currently scheduled.
To offer your sympathy during this difficult time, you can now have memorial trees planted in a National Forest in memory of your loved one.
Funeral services provided by:
O'Connor Brothers Funeral Home Inc
GUEST BOOK
Sponsored by O'Connor Brothers Funeral Home Inc.
8 Entries
Very Sorry for your loss. Our family has been blessed with Judy and All of your family as our neighbors. May Prayers and Sweet Memories Comfort All of You. God Bless.
Barbara Gelinas
April 17, 2021
Sorry for your loss she knew me since I was born and watched me when I got out of school wonderful lady will miss her may she Rest In Peace
Christina Tassone
April 17, 2021
So sorry for your loss. Many fond memories with Judy .
AnnMarie Kelley
April 17, 2021
Rest in peace Aunt Judy. Love Your Niece Charlene
Charlene O'Brien
April 16, 2021
So sorry for your loss , our thoughts and prayers are with you
Debbie and Jim Bolivar
April 15, 2021
My sincere sympathies to Sean & the Fitzgerald family on the loss of your mother. Peace and loving memories to those she leaves behind.
Freddie Potenti - Ionic BC
April 15, 2021
So sorry for your loss to Cheryl and the family May she Rest In Peace
Jean Burbo Ortiz
April 15, 2021
Thinking of you all during this very difficult time.
Lisa & Bill Grigaitis
April 14, 2021