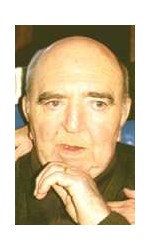 He leaves his wife of 53 years, Margaret Farrey (McMaster); his children: Kathleen Flanigan, Brian Farrey, David Farrey, Eileen Peltier, and Matthew Farrey; his grandchildren: Patrick and Meaghan Flanigan, Allison and Madeline Farrey and Marta and Olivia Peltier; and his sister, Maureen Farrey. He also leaves behind his daughter-in-law, Debra Farrey and son-in-law, Craig Peltier and nineteen nieces and nephews. He was also well loved by his brother and sisters in-law in his extended McMaster family. His brother, Thomas Bernard Farrey died in 1954 and his sister, Geraldine Smith died in 1996.

Leonard was born in Worcester May 3, 1931, the son of Thomas Farrey and Louise Farrey (Leonard.) He graduated from South High School in 1950, Worcester State College in 1954, and received a Doctorate in Educational Administration from the University of Massachusetts at Amherst in 1979. He served in the United States Marine Corps from 1954 to 1956, achieving the rank of First Lieutenant. Rather than pursue a career in the Marine Corps, he chose to return home to marry his college sweetheart Margaret McMaster, start a family, and pursue a career in education. His 46 year career in education began at Oxford High School in 1956, where he taught History, was director of guidance and served as assistant principal.

In fall 1965, he began a 37 year career at Worcester State College when he was appointed an assistant professor and then promoted to associate professor in 1968 in the Department of Education. He then served in several key administrative roles, including Director of Counseling Services, Coordinator of the Graduate Program in Counselor Training and Chairman of the Academic Policies and Procedures Committee. He was an innovative administrator and educator who established and was the first director of the counseling center, designed the first off campus Masters degree program at Fort Devens for military personnel, developed and implemented the College Level Examination Program (CLEP) in Worcester, and created the college's first diagnostic testing and developmental skills programs for freshmen. In 1979, after several years of rigorous part-time study he completed a doctoral program. In 1980, he was appointed to the rank of full professor in the school of Business Administration, where he taught for 22 years. He was awarded the Faculty Distinguished Service Award in June 1984.

Dr. Farrey was a member and leader of numerous professional associations committed to advancing teaching throughout Massachusetts such as the American Personnel and Guidance Association, the Association of Counselor Educators and Supervisors, the State College Task Force on Developmental Skills, and the National Vocational Guidance Association. He was also the first chairman of the Worcester Consortium Counselor Association. Dr. Farrey was known as a caring and compassionate teacher who loved to teach and work with students of all ages and backgrounds. His commitment to teaching touched the lives of thousands.

He was an avid reader of history, a lover of yard sales, Old Sturbridge Village, and his pipe. He was a "hands-on" manager of the family home who was just as likely to swing a hammer, build a wall, or hang sheet rock, as he was to write a dissertation or grade a paper. Beloved by his friends and neighbors for his gregarious personality he will be missed by many. The family would like to thank the staff and residents of Notre Dame Long Term Care Center for their loving support and compassion for Leonard in his final years.

Published by Worcester Telegram & Gazette from Oct. 19 to Oct. 20, 2010.
To plant trees in memory, please visit the Sympathy Store.
MEMORIAL EVENTS
To offer your sympathy during this difficult time, you can now have memorial trees planted in a National Forest in memory of your loved one.
MAKE A DONATION
MEMORIES & CONDOLENCES
18 Entries
Dear Farrey Family: I was saddened to hear about Mr. Farrey! I remember listening to his intellectual discussions while he sat in the tv room. His memories will last forever!! You will be missed Mr. Farrey, but I am better for having met you!! Rest in peace!! Love from Dawn, Madison, and Brian
Brian Hurley
October 20, 2010
Dear Margaret,
All of us at ND Hospice join you in giving thanks to God for the life of Lenny. We keep you and your family in our prayer at this time. Peace
Mary Beth Robinson
October 20, 2010
Dear Margaret & Family,
My thoughts & prayers are with you & family in your time of grief. may all your memories bring you comfort.your friend Lori at Chartwell's @ Worcester State.
Lori MacDougall
October 20, 2010
Maureen, please accept my deepest sympathy for the loss of your brother. May God bless your entire family and extended family. From your Ascension classmate
Vivian Pickett Peluso
October 20, 2010
Leonard will forever live in all those he taught. We celebrate his life and everything he accomplished, but sadly mourn his passing... our deepest sympathy.
Duane and Bonnie Davis
October 20, 2010
Dear Margaret and Family,
I hold you all in my heart during this time of loss.
May it Comfort you to know that Leonard is now at Peace
Diane Kolsun
October 19, 2010
The Lord gives us all varied talents. Len was blessed and used his gifts well to improve lives of many. He was a faithful servant.
May the Peace of the Lord strengthen all who mourn.
Edwin A. Boger, No.Prov. RI
October 19, 2010
Dear Margaret and family,
I was sadden to learn of Len's death. I am so sorry. He was the favorite and loved legend at WSC. He knew everyone, was so gracious and would always take the time to smile and say hello and if time permitted, chat for a minute. He loved you and your accomplished children and grandchildren and was so proud of all of you. He will be missed.
God rest his nurturing and honorable soul.
Kathleen Allard Madaus
October 19, 2010
I am so sorry to hear of your loss. Our thoughts and prayers are with you. May your memories give you peace in this time of sorrow.
Love, Amy, Ed, Colby,and Makayla Beck
Amy Beck
October 19, 2010
Margaret and family. My sincere condolences at the passing of Len. I remember our trip to San Diego with the two of you with much fondness. May you and find peace during this difficult time.
Dale & Carly Sanborn
October 19, 2010
"Semper Fi" my friend and colleague. God bless the entire family for their loss.
Gary Young, Ph.D. Professor Emeritus
October 19, 2010
Dear Margaret, Please accept my sympathy on the passing of Lenny. He was a credit to education, the Marine Corps and especially to you.

Bill Hebert
William H. Hebert
October 19, 2010
Dear Margaret and family:
We send our deepest condolences to you all. Len was an outstanding educator and a very caring person. He will be missed on so many levels. We will keep him in our prayers.

Art and Elaine Tateronis
Elaine Tateronis
October 19, 2010
Margaret and family
Sorry to learn of Len's passing,
Our deepest sympathies are extended to you at this time.
Sincerely Jean and Paul King
Jean King
October 19, 2010
Please accept my heartfelt condolences Margaret, Brian, Debra, Allie, Maddie, & the rest of your family. My thoughts are with you.
Lauren Leigh
October 19, 2010
Len was a good man, who served so many in a variety of ways. He will be missed.
Maureen Power Urban Studies WSU
October 19, 2010
My condolences to the family of Dr. Farrey. He was a favorite professor of mine at Worcester State. I will never forget his "pearls of wisdom". He taught his students much about living a good decent life, which is really the secret to being a good business person. His lectures were peppered with stories from his vast experiences in readings, current events, military service and family life. What a great man. He will be missed.
Cathy Peloquin Sadler
October 19, 2010
Thoughts and prayers for the family. Dr. Farrey was a good professor.
October 19, 2010
Showing 1 - 18 of 18 results