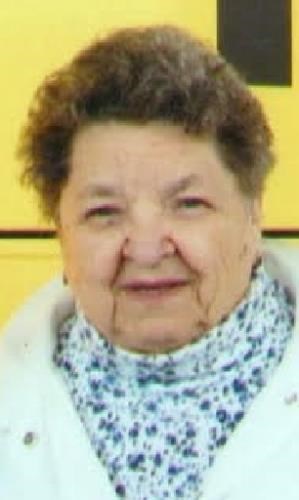 LEWISTON, ME - Madeleine H. Beaulieu, 86, died on Saturday, January 5, 2019, at Central Maine Medical Center, with her family by her side. She was born in Lewiston on June 28, 1932, the daughter of Alphonse and Juliette Benson Beaulieu. She graduated from St. Louis school in New Auburn in 1947 and from Edward Little High School in 1951. She attended Bates College for three years and then transferred to the University of Maine in Orono graduating in 1956 with a B.S. in Education. She then received a Master's in Education from the University of New Hampshire in 1956. Madeleine began her teaching career in Saugus, MA in 1956 where she taught college math at the high school for eight years and then went to Medford High School for the next three years. She then went to Clinton, MA and taught for twenty five more years at the high school. Upon her retirement in 1992 she returned to Maine living in the family home in Lewiston. She joined the Lewiston Senior Citizens and eventually became the treasurer and the trip leader. She also belonged to the local chapter of AARP, as treasurer until its closing; Holy Cross Seniors; and the Sabattus Seniors. She was also a member of the DKG Alpha NU chapter, a society for women teachers, in MA; the MASS Retired State Employees and the Androscoggin Retired Educators Association (AREA). Madeleine enjoyed sports playing USVBA volleyball, skiing and skating. She was the first girls' volleyball coach at Clinton High School winning its district in 1976. She also enjoyed music, attending many of the concerts at Bates College and the Franco American Heritage Center. She loved to travel in the states, Canada and Europe, taking cruises and bus trips, especially to Daytona Beach, FL. She is survived by cousins and a sister-in-law, Thelma, and by many nieces, nephews, grandnieces, and grandnephews. In addition to her parents she was predeceased by her three brothers, Leon, Julian and Robert Beaulieu and a special grandmother Wilhelmine Benson and two special aunts, Jeannette Wing and Blanche Benson. Visitation will be held at the Albert & Burpee Funeral Home, 253 Pine Street, Lewiston, ME, 04240, on Monday, January 14, 2019 from 11 AM - 12:30 PM, a Mass of Christian Burial will be in the Lower Chapel of St. Peter's Church at 1 PM. Interment will be at St. Peter's Cemetery. In lieu of flowers, donations may be made in her memory to, Donald M. Gay Scholarship Fund; Edward Little High School, attention; Diane Nadeau, 77 Harris Street, Auburn, ME, 04210. Condolences and donations may be found online at www.albert-burpee.com.

To plant trees in memory, please visit our Sympathy Store.
Published by Worcester Telegram & Gazette from Jan. 14 to Jan. 15, 2019.
MEMORIAL EVENTS
No memorial events are currently scheduled.
To offer your sympathy during this difficult time, you can now have memorial trees planted in a National Forest in memory of your loved one.
Funeral services provided by:
Albert & Burpee Funeral Home
MEMORIES & CONDOLENCES
Sponsored by Albert & Burpee Funeral Home.
4 Entries
My deepest sympathy to the family at this time.
May God's Word bring you much comfort to endure missing your love one. Psalms 9:9,10.
January 20, 2019
Madeleine was one of the very finest teachers that I had while attending Clinton High School. She challenged me to do my best and she set very high standards that improved all of our mathematic skills. Definitely a memorable and impressive individual. My condolences to her family and friends.
John Grivakis
January 15, 2019
John Grivakis
January 15, 2019
I had "Miss Beaulieu" for Geometry at CHS in 1971! I still remember doing those "proofs"! When I remember my high school classes her's were some of the very best! I'm sure she's teaching in heaven.
RIP "Miss Beaulieu".
With sympathy to her family.
Janet (Waite) Cyganski
January 15, 2019
Showing 1 - 4 of 4 results