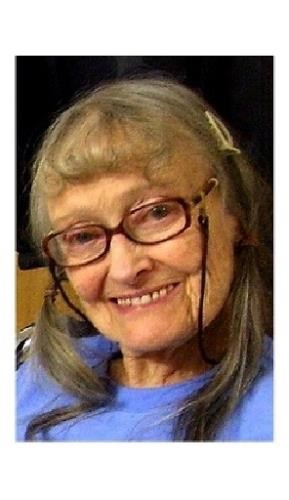 WORCESTER - Sixty-three years in a house she made a home for many, Martha Densmore dies at age 94.

Martha Lowell Densmore, whose life was marked by devotion to her family and abundant service to many Worcester area charities, died peacefully on Wed. June 26 at her home of 63 years. She was 94.

Mrs. Densmore believed hospitality and openness nurtured happy humans and healthy communities. She was "such a welcoming person" that people of all ages felt especially respected and valued in her presence.. The Algonquin Road home she shared with her late husband, William P. Densmore, (who died in 2013) was the site of dozens of events and meetings for civic, academic, political, education and health-care nonprofits over decades. She was a close reader of the city's newspapers, and a persistent, curious, incisive, probing yet humble observer of people and society.

The couple also opened their home to a succession of WPI and Clark University students who needed free housing. In exchange, students would help out around the house and yard. This represented a 40-plus-year run that produced endless evenings of conversation and debate around the kitchen wood stove, Martha and Bill counseled many of their guests about careers, relationships, and civic affairs.

"All the time I am impressed with Martha's generosity toward the world in general," her Bancroft School teacher Florence Cobb wrote in a 1933 report card of her then-age-9 student. "She seems to have instinctive understanding of other people's feelings. She is a sensitive little girl -- unusually sensitive to bits of beauty which many of us miss. A lovely person to be with."

Her love of animals of all kinds meant that her children and their friends ministered to creatures great and small --rabbits, mice, frogs -- especially dogs. She joined the board of NEADS, Inc (formerly the National Education for Assistance Dog Services) in Princeton and served on its board for several years in the 1990s, and then its advisory board..

Except for education at the Chatham Hall School, in Chatham, Va., and Smith College, from which she graduated in 1946 -- and a two-year stint as a personal secretary in Cambridge -- Densmore spent her entire life in Worcester. She could unfailingly navigate among the city's streets, artisans and shops in an era before digital maps or listings. She knew where to go for everything and knew scores of store and repair shop owners personally. As a child, she rode streetcars downtown from Salisbury and Forest streets, and cherished playing in open fields near her family's Burgess Road home. She accompanied her father to his construction-company job sites as a girl, and on fishing and hunting trips throughout Worcester County.

She said a summer working on a ranch in Montana almost convinced her to stay out West. Another summer during college, she supported "the (World War II) war effort" by picking vegetables on a Cape Cod farm.

She loved square dancing, singing, folk, show and big-band tunes. She was an accomplished pianist, able to improvise bridges between favorite tunes and embellish familiar melodies with idiosyncratic aplomb. She also volunteered as a "candy striper" at The Memorial Hospital, nurturing another interest -- in medicine. She loved her garden and spent many happy years designing and planting the yard.

She had a lifelong devotion to the craft of furniture restoration. For over 30 years, Martha attended weekly refinishing classes at the Worcester Center for Crafts, serving on the nonprofit's board in the years before it became part of Worcester State University. She worked with tools, glue, pumice, "elbow grease" and Norton-brand sandpaper to craft silky smooth finishes to countless desks, tables, and chairs for family and friends.

Mrs. Densmore also served on the boards of the former Worcester Ballet, the Worcester Garden Club and Worcester Smith Club, serving as their pecan sales chair and raising thousands of dollars annually for college scholarships. She was a longtime member of, the Greendale YMCA, the Comet Pond Association, the Junior League of Worcester, and Memorial Hospital Aid Society. She was a loyal contributor to the nonprofit Positive Future Network, (publisher of Yes! Magazine), Worcester's Center for Nonviolent Solutions, the Massachusetts Audubon Society, the First Unitarian Church and the Putney School.

Mrs. Densmore had deep -- and immigrant -- Worcester roots. Her father James B. Lowell, was the grandson, on his mother's side, of city police magistrate (police chief from 1866-1872) James M. Drennan -- who emigrated from Ireland at age 10. Her dad was also the grandson, on his father's side, of a Dutch-emigree Jewish millener, Moses Milkman, who changed his name to Alfred Spencer Lowell. Her father founded J.B. Lowell Inc., a city building contractor. Her aunt, Dorothy Lowell Salter, founded in 1937 what is now Salter College as a womens' secretarial school.

Her mother, Ethel Lucy Cox, was born and raised in St. Louis, attended Smith College in the East and moved to Worcester when she married James Lowell.

A celebration of Martha's life, and of Worcester, will be held on Saturday, Oct. 5 at 11 a.m. at the First Unitarian Church, 90 Main St., in Worcester, Mass., with a reception to follow. The family requests that donations in her memory be made to the Center for Nonviolent Solutions of Worcester, 901 Pleasant Street, Worcester, MA 01602, or to NEADS Inc of Princeton, 305 Redemption Rock Trail, Princeton, MA 01541.

To leave a message of condolence, please visit www.callahanfay.com

To plant trees in memory, please visit our Sympathy Store.
Published by Worcester Telegram & Gazette from Jun. 26 to Jun. 30, 2019.
MEMORIAL EVENTS
Oct
5
Service
11:00a.m.
First Unitarian Church
90 Main Street, Worcester, Massachusetts
Funeral services provided by:
Callahan Fay Caswell Funeral Home
GUEST BOOK
Sponsored by Callahan Fay Caswell Funeral Home.
3 Entries
SO SORRY FOR YOUR LOSS DEBBY. YOUR MOM WAS A GREAT GAL. PLEASE REMIND OF THE SERVICES. LOVE CHUCK COLEBROOK
CHARLES colebrook
July 3, 2019
May her soul Rest In Peace,Martha a lady with Good heart You will be remembered by many .liz kamau
Elizabeth Kamau
July 2, 2019
I am so sorry to get this news. I am flooded with happy memories of 10 Algonquin- learning to ride a two wheeler, playing with dogs, wonderful meals around the dining room table. Sending love to my cousins. This is a big loss. Aunt Marnie had a smile that would light up a room like none other. My condolences.
Susie Taylor
June 27, 2019