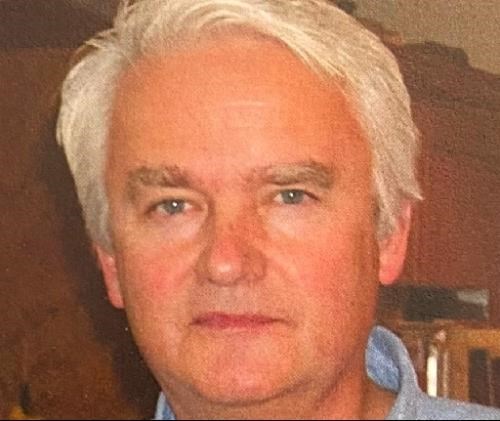 Marty was born December 16, 1955 in Katowice, Poland. He and his family moved to the U.S. in 1961 at 5 years old. He was always proud of his Polish heritage. He attended St. Mary's High School in Worcester and then Clark University, graduating in 1977. Later he completed his MBA in Business & Economics also from Clark University. In 1985, he opened his printing company, MBI Graphics & Printing, located in Southbridge. It was there that he'd meet his future wife, Jane Bacon. They married on June 19, 1993 and settled in Oxford.

The Banias moved to Webster in 2014 after selling their home in Oxford. While Marty had many joys in life, one of his favorites was spending time with his family on Webster Lake and their new home was the perfect place to entertain.

Marty achieved many athletic accolades in basketball and baseball in Worcester, including being inducted into the New England Basketball Hall of Fame.

Marty was preceded in death by his parents, Mitchell and Catherine Bania.

In lieu of flowers, memorial contributions and condolences can be made on our GoFundMe page at https://gofund.me/71b8efbf.

Due to COVID-19, celebration of life service will be postponed to a later date. Paradis-Givner Funeral Home in Oxford is directing the arrangements. To leave message of condolence, please visit

To plant trees in memory, please visit our Sympathy Store.
Published by Worcester Telegram & Gazette from Feb. 13 to Feb. 21, 2021.
MEMORIAL EVENTS
No memorial events are currently scheduled.
To offer your sympathy during this difficult time, you can now have memorial trees planted in a National Forest in memory of your loved one.
Funeral services provided by:
Paradis-Givner Funeral Home
GUEST BOOK
8 Entries
I am so sorry to hear of the passing of Marty- my sincere at condolences during this extremely difficult time.
Faith (Card) Nault
February 21, 2021
So sorry to hear this passing at such a young age, I lived up the street from Marty on Woodford Street on Vernon Hill. I can remember seeing him walking up the street dribbling his basketball on his way to Vernon Hill Park to play ball. A great kid with a terrific personality I´m a bit stunned I must say! May you rest in peace
John Haddad
February 21, 2021
We are very sorry for your loss. Our hearts are filled with sadness. We send all our love and deepest sympathy.
Kathleen and Bogdan Luczyk
February 17, 2021
Will miss seeing you go by in your pontoon boat. I especially loved it when you stopped bye. Marty always had a big smile and so enjoyed the lake.
Janet Nicholson
February 16, 2021
I have not seen Marty in years . I will always remember him as just a nice guy . Great ball player and a guy who enjoyed a good laugh . To his family ,my deepest condolences.
Joe Bisceglia
February 15, 2021
My deepest sympathy for you and your family for this great great loss. Marty will be deeply missed and may he forever rest in peace
Stanley Luczyk And family
February 15, 2021
My deepest condolences on the passing away of my great first cousin, Marty. With great sorrow, sadness, and sympathy, Mariola.
Mariola
February 14, 2021
Jane and Kristen, We are so very sorry to hear about Marty. Our thoughts and prayers are with all of you.
Judy & Harvey Dutil
February 14, 2021