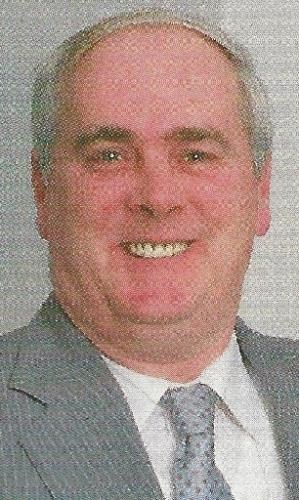 Paul leaves his wife of 49 years, Judith A. (Clark) Bellows; four children, Nicholas Chiarizio of Paxton, Lori Tomasino of Worcester, Mary Cicero of Leicester, and Karen Rolfe and her husband Martin of Paxton; a brother, Arthur N. Bellow III and his wife Joanne of Shrewsbury; twelve grandchildren; five great-grandchildren; and many nieces and nephews.

Paul was born in Worcester, son of Arthur N. Bellows Jr. and Mary F. (Reidy) Bellows. He grew up in Worcester, and later lived in Hardwick for many years, before moving to Paxton more than ten years ago.

Paul was a 1962 graduate of St. John's High School, then on Temple St. in Worcester.

Paul was the founder in 1982 of Healthcare Management Associates which was later renamed HMA Behavioral Health, Inc. He was the company's Chief Executive Officer for many years and later served as Chairman of the Board. Professionally, he was able to help hundreds of people on their path to recovery from substance addiction and mental health challenges.

Paul was a member of St. George's Church. He was former member and president of the Worcester Kiwanis International Club.

Paul was a fun loving person with a big heart willing to give of himself to benefit others. Beyond his kindness and generosity, he was also a skilled story teller. He will be greatly missed by his family and friends.

To plant trees in memory, please visit our Sympathy Store.
Published by Worcester Telegram & Gazette from Dec. 22 to Dec. 26, 2018.
MEMORIAL EVENTS
Dec
26
Calling hours
4:00p.m. - 7:00p.m.
Athy Memorial Home
111 Lancaster St, Worcester, MA
Dec
27
Funeral Mass
10:00a.m.
St. George's Church
38 Brattle St., Worcester, MA
Dec
27
Burial
Mooreland Cemetery
, Paxton, MA
Funeral services provided by:
Athy Memorial Home
MEMORIES & CONDOLENCES
Sponsored by Athy Memorial Home.
16 Entries
You'll be greatly missed Uncle Paul, thank you for many of the great Christmas parties in Worcester and 4th of July over in Hardwick. Those are some of the best memories as a kid being together with family. Till we meet again.
Justin Clark
December 26, 2018
Judy, we are so sad to hear of Paul's passing. He was such a nice man, and we enjoyed having you as neighbors and friends. You and your family are in our hearts and prayers.

Mike and Connie Triola
December 26, 2018
Paul, our dear friend you will be missed. Love and condolences to Judy and your entire family, Bob and Cheryl Benoit
Cheryl Benoit
December 26, 2018
Dear Judy & family So sorry for your loss. Prayers are with you. God Bless
Michelle Braconnier-Robinson
December 26, 2018
Dear Judy and Nick My thoughts and prayers with you and your family. I know Paul is in the arms of our Blessed virgin who he had a strong devotion. I was blessed to have cared for him the last too years with Judy and Nick. He enriched my life with his Knowledge and wisdom. I will miss our morning coffee. God Bless your journey until we meet again. Love Patty
Patricia Russin
December 26, 2018
Mary, I am sorry for your loss. You and your family are in my prayers.
Mary Dionne (Reidy)
December 26, 2018
I've always appreciated Pauls sharing during his illness from his home by phone, especially about his book, Divine Presence, which left an indelible mark of his Spiritul experiences on my soul.
I'm sorry for your loss Judy and Nikki. May our Lady of Fatima comfort you both during this time of mourning.
Sincerely yours with Jesus Crucified, Mary
Mary St. Michael
December 25, 2018
My deepest condolences. I had the pleasure to meet Paul back in 1992 when I joined Kiwanis. He made a quick and powerful impression on me. He was a man of great character,integrity and a thoughtful and giving person. We would always chat for a few minutes when he visited my business and I always seemed to learn a little something from him each time. But we would always share a laugh and he made my day a little brighter. He loved his family deeply and my thoughts and prayers are with your all at this time. God bless!
Nick Prifti
December 25, 2018
Judy and Family
So sorry to hear of Paul's death. He will be sorely missed by many. A " good guy " has left us but will continue to watch over you!!!
Charlie O'Connor
December 24, 2018
So sorry for your loss, Judy. Prayer for all of you...
Barbara Garbarczyk
December 23, 2018
Judy and family, I'd like to give you my prayers and my condolences on Paul's passing. Paul was one of the first people I met at the beginning of my journey he helped me many times by listening and giving advice my friend will be missed. May God watch over you all during this sad time and may He rest in peace.
Christine S.
December 23, 2018
Paul was such a friendly neighbor to have in Hardwick. We are so sorry to hear about his death. Thoughts and sympathies to you all.
Barbara and Robert Page
December 23, 2018
In Memory of Paul Bellows
R. I. P. Paul I and many others will miss you very much, thank you for being an awesome friend and giving me advice when I needed it.
Rosemarie Flynn
December 23, 2018
sad to hear of paul's passing. helped so many over the years including myself.
gerald buono
December 23, 2018
Our thoughts and prayers go out to you Judy and the family. Our days together on Hingham Rd will always be remembered as such a treasured time. With our heartfelt sympathy and love, Don and Pauline Fleury
Pauline Fleury
December 23, 2018
So sad to hear of the passing of Paul Bellows, who I met in October 1985. Put me through an "intake" and suggested I not pick up the first one! He referred me to Hi Noon (then at Pearl Street) where I was last week. Like many, I owe my life to Paul, and all the others I've met in the fellowship since !!!
Jeff Kendall
December 23, 2018
Showing 1 - 16 of 16 results