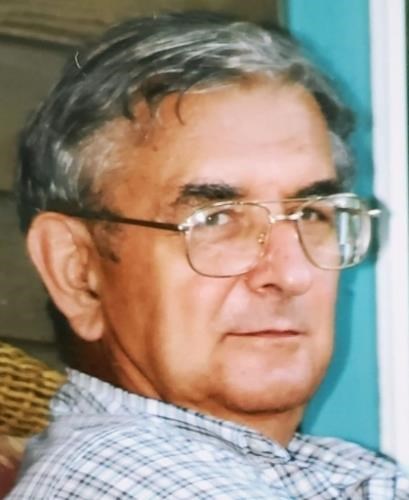 Raymond leaves behind his wife, Loretta (Philbrook) Beck of 52 years; his son, Raymond A. Beck and his wife Buffie (Morgan) Nault-Beck of Eastford; his two sisters, Faith (Marcy) Stucker of Arden, NC, Sister Nathana Marcy of Darmstadt, Germany; his grandson Bailey Nault, and many nieces and nephews.

Raymond was born in Stafford Springs, CT on March 27th, 1941 and is predeceased by his mother, Pauline (Warchol) Beck; his stepfather, Albert E. Beck; his father, Ellery L. Marcy and his uncle, Walter Warchol.

In 1959, Raymond graduated from Cole Trade as valedictorian where he also received the Director's gold "C" award recognizing him as the all-around ideal student in his graduating class. He also enjoyed playing the trumpet for the Southbridge High School band.

Raymond worked at Hyde Manufacturing, retiring after 43 years. There he met many of his lifelong friends including his loving wife Loretta. Raymond enjoyed their outings, Christmas parties, quarter-century club dinners and was on the bowling team.

All throughout his life, he loved to spend time on his Uncle Walter's farm where he helped care for animals and the gardens; it was his favorite place to be growing up. Later with a piece of landed gifted to him by Walter, Raymond built his own home where he could look out over the farmland with his family.

Raymond was a Red Sox fan, enjoyed collecting stamps and coins, woodworking and liked to work on his tractor and keep up the hay fields. He planted many flowers and vegetables with peonies, gladiolus and tomatoes being his favorites. At the end of the season, he would be seen with a salt shaker in one hand and a nice ripe plump red tomato in the other.

Raymond and his son enjoyed auctions, swap meets, and working on many projects together. He also enjoyed yearly visits to the Big E and vacations to Belfast Maine to visit friends and family. Although Raymond was an only child, he gained another loving family after marrying Loretta and leaves behind many who loved him. Along with being a kindhearted soul who never hesitated to help out someone in need, Raymond was a great husband and the best father a son could ask for.

Calling hours will be held on Friday, March 5th from 4:00pm-6:00pm, at the Belanger-Bullard Funeral Home, 51 Marcy St. Southbridge, MA. A funeral service will take place at 6:00pm.

An online guestbook is available at