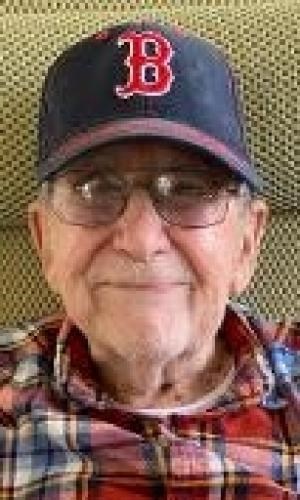 West Brookfield - Raymond S. Haire, 90, of West Brookfield, died on Tuesday, July 27, 2021 at Baystate Wing Hospital in Palmer. He has gone home to be with his Lord and savior Jesus Christ.

He leaves the love of his life, his wife of 54 years, Carol A. (Blais) Haire and his son and best friend, Wayne R. Haire of West Brookfield. He also leaves his sister, Bette-Ann Lussier of Ware, and many members of his extended family. He was born in Brookfield, son of the late Arthur E. and Fannie (Hall) Haire. He was predeceased by his brothers Arthur and Wayne Haire, step-father George Boynton, and brother-in-law Roger Lussier.

Shortly after his 21st birthday, Ray enlisted in the United States Army, serving in the Army Corp of Engineers during the Korean War. After his service, he worked as a Traffic Manager at the former McLaurin-Jones Co. in Brookfield and Ludlow Papers in Ware for 33 years, and then as a Renewal Specialist at Blue Cross Blue Shield for 10 years before retiring in 1994 to spend time with his loving family.

Ray loved dessert (especially vanilla cake with vanilla frosting), pot roast with mashed potatoes, iced tea, sitting on his porch with his family, watching television and movies in his recliner, reading the funnies in the newspaper every morning, taking a good nap, his cats, camping, mowing the lawn, cars, and watching the Red Sox and Patriots. Most importantly he loved spending time with his wife and son and was the best husband and father they could have ever asked for.

A Funeral Mass for Ray will be held on Monday, August 2, 2021 at 10:30am in Our Lady of the Sacred Heart Church, 22 West Main St., in West Brookfield. Everyone should meet directly at the church. Burial with military honors will be held in Pine Grove Cemetery in West Brookfield following mass. In lieu of flowers, memorial donations may be made to the Shriner's Hospital and St. Jude Children's Research Hospital.

Varnum Funeral Home, Inc., 43 East Main St., in West Brookfield is assisting his family with arrangements. An online guest book is available at

Published by Worcester Telegram & Gazette from Jul. 29 to Jul. 30, 2021.
To plant trees in memory, please visit the Sympathy Store.
MEMORIAL EVENTS
Aug
2
Funeral Mass
10:30a.m.
Our Lady of the Sacred Heart Church
22 West Main St.,, West Brookfield, MA
Funeral services provided by:
Varnum Funeral Home Inc
MAKE A DONATION
Please consider a donation as requested by the family.
MEMORIES & CONDOLENCES
Sponsored by Varnum Funeral Home Inc.
1 Entry
From all the members of Hayden Lodge and the Masons of Massachusetts, we offer our sincerest condolences to all that knew and loved Ray. He will be sorely missed by many. God speed brother Ray
Hayden Lodge
August 3, 2021
Showing 1 - 1 of 1 results