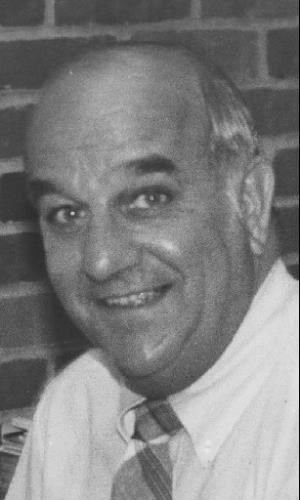 Southbridge - Raymond James Marino, 93, passed away peacefully on Thursday, April 23rd at Waterview Lodge in Ashland after a long illness.

Ray leaves three sons, Anthony Marino and his wife Christal of Uxbridge, Christopher Marino of Thomaston, ME, and Paul Marino of Hinesburg, VT; his two granddaughters, Mia Marino and Molly Marino; his two brothers, Mario Marino of Crofton, MD and James "Joe" Marino of Southbridge; his two sisters, Anna Marino and Mary Marino, both of Southbridge; as well as many nieces and nephews. He was predeceased by his brothers Albert Marino and Alfred Marino and by his sister Lucy Giacobbi. "Peewee", as he was called by his friends, was born on May 12th, 1926 to Antionette Marino. He grew up in the old Flats section of Southbridge, MA, the fourth of eight children. He played football and graduated from Wells High School before enlisting in the US Navy as a Radioman. He proudly served his country in both World War II and the Korean War but, like many of his generation, didn't talk about it much. The few stories he would share usually were around the extended stint he had spent at the Navy base on the isolated Galapagos Islands and all the things he did to occupy himself there.

After his service, he returned to Southbridge and graduated from the New England School of Accounting. Shortly after that he began working in the business office of Harrington Memorial Hospital. He would spend the next 40 plus years of his career there, eventually becoming the Chief Financial Officer and VP of Fiscal Services. He was happy when working and he could be found in his office at Harrington at all hours of the night and on weekends. He was proud to have helped it survive and continue to serve the area as an independent hospital at a time when so many other small community hospitals did not. He finally retired from Harrington in 2001.

When he wasn't working, he could be found playing tennis and racquetball with friends at the YMCA or running on the track at Southbridge High, something he continued to do into his late 70's. He most looked forward to spending weeks with his family in the summer down in Watch Hill, RI just relaxing on the beaches. He also spent some of his best times bringing his family to Celtics, Red Sox, and Bruins games in Boston. More locally, he greatly enjoyed just sitting in the stands at the Henry Street fields and watching his family play softball. An avid basketball fan, he especially loved rooting for the UConn women's basketball team later in life. And he was all smiles whenever his granddaughters Mia and Molly were around.

Due to current circumstances, a memorial service will be held at a later date.

Published by Worcester Telegram & Gazette from Apr. 24 to Apr. 26, 2020.
To plant trees in memory, please visit the Sympathy Store.
MEMORIAL EVENTS
To offer your sympathy during this difficult time, you can now have memorial trees planted in a National Forest in memory of your loved one.
Funeral services provided by:
Daniel T Morrill Funeral Home
MAKE A DONATION
MEMORIES & CONDOLENCES
Sponsored by Daniel T Morrill Funeral Home.
2 Entries
My sincere condolences to Chris, Tony, Paul and Mrs. M. While reading, I was reminded of spending time with the family at Watch Hill. I remember Mr. Marino taking us to the Y in town to swim or play basketball and then a stop at the K of C to shoot pool. Thanks for those memories Mr. Marino! Dave C
David Croke
May 1, 2020
Dear Tony, Chris, & Paul, please accept my heartfelt condolences on your dad's passing. I remember him always greeting me with kindness. We know somewhat of what you're going through, our dad passed away in Jan. Praying that Jesus gives you His peace. Much love, Diana "Dee" (Arpin)
Diana Barresi
April 25, 2020
Showing 1 - 2 of 2 results