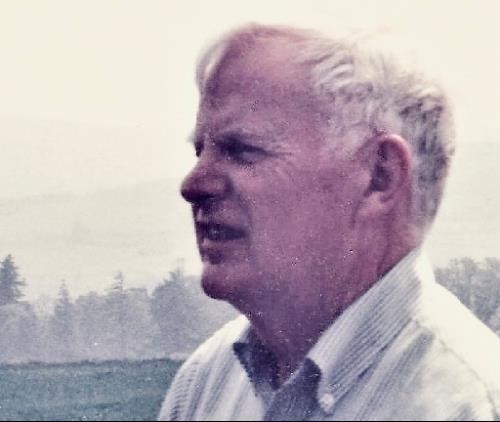 WORCESTER - Richard Wright Dearborn, aged 98, died peacefully at his home in Worcester on December 14, 2018. Born and raised in Cape Elizabeth, Maine, Dick secured an AB degree cum laude, Phi Beta Kappa, from Bates College in 1941, serving as class valedictorian, and an LLB degree from Harvard Law School in 1948. During WWII, Dick served as an officer in the US Navy on LST 53 at Omaha Beach during the invasion of Normandy on D-Day, June 6, 1944, and, two months later, in the invasion of Southern France. As part of Operation Iceberg, he served on LST 53 during the Allied invasion of the Pacific Island of Okinawa, Japan, on April 1, 1945. After the war, Dick undertook law practice with a major Wall Street firm before moving to Worcester in 1952 to join what became the firm of Mountain, Dearborn, and Whiting, where he remained a partner for more than sixty years. He specialized in the law of corporations, trusts, and estates and was a Fellow of the American College of Trust and Estate Counsel. He was appointed a governor of the Massachusetts Board of Bar Overseers and served on numerous corporate boards.

Over the years Dick served the Worcester community in innumerable ways, as a trustee and supporter of nonprofit organizations and a steadfast member of The Worcester Club for more than fifty years. Dick was an early President of the board of Preservation Worcester. As a trustee of the Worcester County Horticultural Society, he helped spearhead the drive to sell Horticultural Hall in Worcester and build a new public garden on an old hill farm in Boylston-now Tower Hill Botanic Garden. Dick was a passionate gardener, taking pride in his vegetable and flower gardens and in time becoming a noted connoisseur of local manure. Dick had a dry wit and was an avid solver of the Sunday New York Times acrostic and crossword puzzles. For many years he enjoyed travelling in Ireland to savor its gardens; wintering in Dataw Island, SC, and San Miguel de Allende, Mexico; and attending numerous social events and club meetings in Worcester and beyond. He loved poetry and donated his collection of first-edition books by Maine poets to Bates College. Dick was a member of the American Antiquarian Society, the St. Wulfstan Society, the Worcester Fire Society, and the Hundred Club of Massachusetts. He served in nonprofit leadership positions at the Worcester County Horticultural Society, the Museum of Russian Icons, Preservation Worcester, Children's Friend, and the Greater Worcester Community Foundation.

Calling hours will be held on Wednesday, December 19, from 4:00 to 7:00 pm at the Athy Memorial Home, 111 Lancaster Street, Worcester. In lieu of flowers, donations may be made to Tower Hill Botanic Garden or Preservation Worcester. A public remembrance will be held in the spring of 2019.

I'm so sorry for your loss. May you find comfort in knowing you took such
good care of him and that he passed in his own home surrounded by the people that he cared about most.
With my deepest sympathy,
Susan Franchi, RN
December 17, 2018
John and Family so sorry for your loss. My God be with you all at this sad time in your life.rember all the good times you had together. I'm sure you have lot's God bless.
Marlene Smith
December 16, 2018
Showing 1 - 4 of 4 results