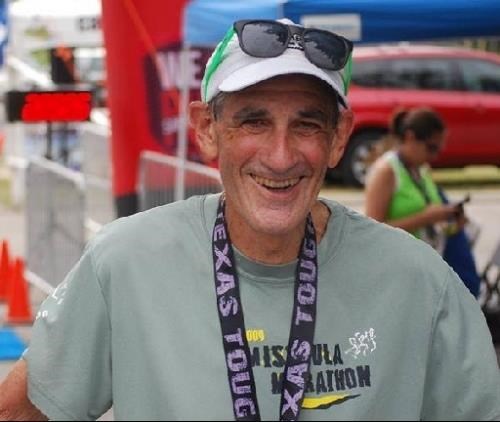 Richard was a 1959 graduate of Rogers High School in Newport, received his Bachelor's degree from Yale University in 1963, and received an M.A. from Harvard University where he did work in Art History and an M.P.A from UT San Antonio. He spent more than 30 years in museum administration, including as Director of the Worcester Art Museum, the Hood Museum of Art at Dartmouth College, and the Denver Art Museum. He later settled in San Antonio, Texas, where he was the first professional Director of the Alamo, and later The Director of Institutional Advancement at St. Philips College in San Antonio. He was a strategic consultant, restaurant reviewer, running coach, gallery director, and recently a painter himself. At age 65, when many people retire to a life of leisure, Richard realized a long-delayed dream of joining the Peace Corps, where he volunteered in Panama. Later, he helped many non-profits organize and obtain grant funding. He loved working with USAID on projects in Africa and Georgia (formerly part of the USSR). He particularly enjoyed substitute teaching at Keystone School and interviewing local high school applicants to Yale.

Richard started running in his thirties to prepare for a climb to the base camp of Mount Everest, and went on to run 173 marathons, including Boston, New York, and Capetown, South Africa. He coached many Team In Training participants and enjoyed continuing to win races in his age group. He came to New York to do the Avon Walk for Breast Cancer with "Team Teitz" in 2010 with his two daughters, son-in-law Travis, sister Alexis and friends. In 2011, he completed a sail across the Atlantic to the Azores of Portugal with his sister Louise Ellen Teitz and friends. He loved to travel and went so many places.

Richard was predeceased by his parents, Lucille Feinstein Teitz and Alexander George Teitz, and sister Alexis Dale Teitz. He is survived by his children Rebecca Ackerman, Jessica and son-in-law Travis Becker, and Alexander Teitz, beloved grandsons Joshua and Daniel Ackerman and Zachary and Samuel Becker; sister Louise Ellen Teitz, brother Andrew and sister-in-law Lois Teitz, and their daughters, beloved nieces Elizabeth and Alexandra Teitz. He also leaves with love his partner Ellen Spangler, her daughter and son-in-law Jessica and Bryan Taylor, and their son Jackson Taylor.

A celebration of Richard's life will be held in the Leeper Auditorium at The McNay, 600 N New Braunfels Avenue, San Antonio from 1:00 PM to 3:30 PM on August 13, 2017. Contributions in his memory can be made to the Keystone School in San Antonio and The Worcester Art Museum in Worcester, Massachusetts.

To plant trees in memory, please visit our Sympathy Store.
Published by Worcester Telegram & Gazette from Jul. 17 to Jul. 23, 2017.
MEMORIAL EVENTS
Aug
13
Celebration of Life
1:00p.m. - 3:30p.m.
Leeper Auditorium at The McNay
600 N New Braunfels Avenue, San Antonio, Massachusetts
GUEST BOOK
8 Entries
Will always remember you, Richard. Wonderful and kind person. Rest In Peace, friend.
Gunner Witten
March 22, 2018
Mr. Teitz was an absolutely remarkable man. The class of 2021 deeply enjoyed frequently having him as a substitute teacher. We all loved his fun ties and his energetic attitude. His smile and laugher always made everyones' day. We always appreciated his stories of his breathtaking adventures around the world. All the best to his family.
--The Keystone Class of 2021
Keystone Class of 2021
September 15, 2017
Heartfelt condolences are extended to your family at this difficult time. Seek the love and support God provides to help you cope during this time - Psalms 29:11
July 25, 2017
Richard was a scholar and a gentleman....he is already deeply missed. Our condolences to his beloved family.
Mimi Quintanilla & David Schmidt
July 24, 2017
What a wonderfully smart, friendly and engaging man. I will miss our lunchroom conversations at Keystone.
~ Bill Spedding, Keystone School
July 24, 2017
Rebecca--so sorry to hear about your Dad--Buddy Cusick
Buddy Cusick
July 20, 2017
May God's love comfort you all. John 3:16.
July 17, 2017
We are sorry to learn of the passing of Richard, but grateful for his service to our nation with the Peace Corps in Panama and The United States of America.