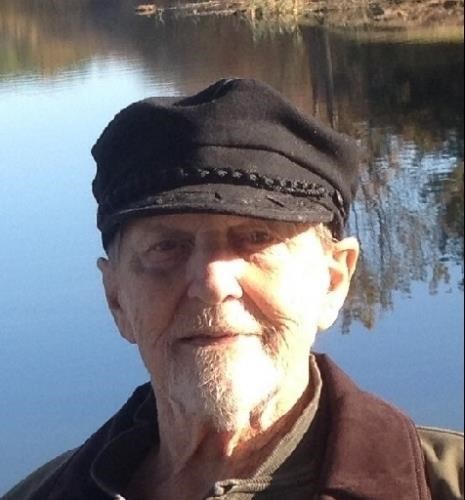 Washington, DC - Professor Roger E. Kasperson, 83, passed away peacefully at home in Washington, DC on Saturday, April 10th, after an illness. He leaves his beloved wife of 15 years, Bonnie Ram; his son, Demetri Kasperson of Southbridge; a daughter, Kyra Litschauer and her husband Crocker of Woodstock, CT and a grandson, Cameron Litschauer; a sister, Alice Blackwood and her husband Budd of Uxbridge.

Roger was born in Worcester the son of Carl Gustav and Ethel Mildred (Anderson) Kasperson. His childhood memories on a small farm in Northborough, Massachusetts in the 1940's and 50's revolved around tending to farm animals and working in gardens. From these humble beginnings, he received a sports scholarship from nearby Clark University in Worcester in 1955; he was the first in his family to attend college. He chose geography as his major, but with broad interests, Roger took courses in philosophy, literature and sciences. After graduating from Clark, Roger completed Master's and Doctoral degrees in geography at University of Chicago. Arguably, at that time, the University of Chicago's geography department was one of the most respected in the world.

Dr. Kasperson returned to Clark University as a professor in 1969. He has authored or co-edited 24 books and monographs and 150 peer reviewed articles. From 1993-1998, he served as both Provost and Vice President for Academic Affairs at Clark University. During Roger's long association with Clark, it became one of the top 'green' universities, universities that impact society, especially for social and environmental issues, and it is among the most innovative, according to Michael Greenberg, Distinguished Professor at Rutgers University. At Clark, Roger met his first wife Jeanne, who founded a specialized research library focused on risk analysis and together they co-authored many publications. She passed way in Sweden in 2002.

At Clark, Roger co-founded CENTED, the Center for Technology, Environment, and Development, serving as Director from 1978-81. The group consisted of experts ranging from physics, geography, philosophy and psychology. Upon his retirement, Roger was appointed as Research Professor and Distinguished Scientist. Roger was a giant in the fields of risk analysis and communication, global environmental change, vulnerability, sustainability, and resilience. He was an elected member of the National Academy of Sciences, the American Academy of Arts and Sciences, and the American Association for the Advancement of Sciences. From 1999-2004, Roger was the Director of the Stockholm Environment Institute.

According to Nick Pidgeon of Cardiff University (UK), "Roger Kasperson has been the leading light in our field of risk communication for over 30 years now. He was one of the first geographers to be elected as a Fellow of the U.S. National Academy of Sciences." Ortwin Renn (of the International Institute for Advanced Sustainability Studies in Germany) describes Dr. Kasperson over the many decades as a "role model for a dedicated, sincere and value-based scholar in the risk field."

Gifts can be made in Dr. Kasperson's name at this special memorial website https://alumni.clarku.edu/RogerKaspersonMemorialGifts.

Donations will be directed to the Jeanne X. Kasperson Research Library Endowed Fund at Clark University.

Funeral services and burial for Dr. Kasperson will be private. There are no calling hours.

To plant trees in memory, please visit our Sympathy Store.
Published by Worcester Telegram & Gazette from Apr. 15 to Apr. 16, 2021.
MEMORIAL EVENTS
No memorial events are currently scheduled.
To offer your sympathy during this difficult time, you can now have memorial trees planted in a National Forest in memory of your loved one.
Funeral services provided by:
Daniel T Morrill Funeral Home
GUEST BOOK
Sponsored by Daniel T Morrill Funeral Home.
1 Entry
Roger Kasperson was a true scholar and gentleman. It was a privilege to know him and work with him.
Gordon Thompson
April 20, 2021