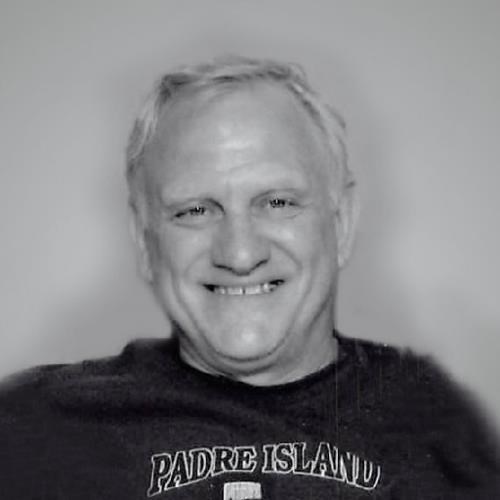 West Boylston - Roland L. (Woody) Woodill, 78, passed away suddenly on Monday, January 11, 2021 at UMass Memorial. Born in Worcester, he was the son of the late Leland and Beatrice (Beliveau) Woodill.

Roland is survived by his devoted wife of 25 years, Diane (Ferrante) Woodill; his daughters, Darlene Quiry of Paxton and Barbara Sambito and her husband, Tom of Holden; his step-daughter, Jessica Flint of Douglas; four grandchildren, Adam McCord, Rachel Sambito, Steven Sambito and Andrew Quiry; a cousin, Paula Marchand of Worcester; his sister-in-law, Dianne Woodill of Rochester, NH; and many nieces and nephews. He will be especially missed by his faithful friend, his dog, Toby. In addition to his parents he was predeceased by his older brother, George Woodill.

After graduating from Worcester Boys Trade High School, he proudly served his country in the United States Navy. Returning home, he became a Master Plumber and member of the Plumbers & Pipefitters Local 4 and worked for William F. Lynch. After certification, he went back to Boys Trade (now Worcester Voke) where he taught plumbing for 40 plus years, retiring as Plumbing Department Head in 2001. He was also the President of the Worcester Vocational Teachers Assn. from 1986 to 1996. Roland was an active member of the West Boylston community and served as the Plumbing and Gas Inspector for many years, and also served on the Board of Water Commissioners.

Roland will be lovingly missed and remembered as a kind and loving husband, father, relative, friend and avid animal lover. He was always someone to count on to say "yes" before the question was asked. He also served on the Board of Directors for Camp Putnam and made sure that every child had an opportunity for a memorable summer camp experience.

Relatives and friends are invited to visit with the family from 10 to 12 p.m. on Friday, January 15 in the Miles Funeral Home, 1158 Main Street, Holden. Appropriate Covid-19 protocol will be observed including the use of face masks and social distancing. A funeral service honoring his life will follow at 12 p.m. in the funeral home. Military burial will follow at Mount Vernon Cemetery, Church Street, West Boylston. In keeping with his love of animals, memorial donations may be made to a local animal shelter of your choice.

To plant trees in memory, please visit our Sympathy Store.
Published by Worcester Telegram & Gazette from Jan. 13 to Jan. 14, 2021.
MEMORIAL EVENTS
Jan
15
Visitation
10:00a.m. - 12:00p.m.
Miles Funeral Home
1158 Main St, Holden, MA 01520
Jan
15
Funeral service
12:00p.m.
Miles Funeral Home
1158 Main St, Holden, MA 01520
Funeral services provided by:
Miles Funeral Home
GUEST BOOK
12 Entries
Diane and Family, No one loved WBTHS & its successor, WVHS, more than Rollie. And no one fought harder for its students & teachers than he. That dedication will never be lost on those of us who knew him. I am proud to have been one of his colleagues. I am very sorry for his passing. RIP Rollie.
Walter Lodi
January 16, 2021
Diane and family, Very sorry to hear about the passing of Mr. Woodill. He was one of the greatest teacher's I ever had. He inspired so many of us to be the best we could be. They don't make may people like him anymore, I know he will be missed.
John Olivieri Class of 82
January 14, 2021
Very sad to learn about the passing of Mr. Woodill. I was fortunate to have him as a teacher (class of 83). Just wanted to express my condolences to the entire family. Great teacher and even a better guy! RIP Mr. Woodill.
Tom McConville
January 14, 2021
So sorry to hear about Mr. Woodill. He was a great teacher and great guy. taught me all about respect and work ethics. Class of 86 will miss him deeply
MICHAEL GORDON
January 14, 2021
So sorry to read this . Such a good guy . I wish peace and strength to his family and may God hold him in the palm of his hand.
Claire OBrien
January 14, 2021
So sorry for your loss I was a former student from the class of 98 "Woody" was one of the best teachers and mentors a kid could ask for
Brent Magerowski
January 14, 2021
There are some peoplein this world Who give life a special meaning,Woody you are just that person. You inspired your students with a work ethic and doing the best that they can, you were a great colleague and friend that will be missed Your picture with the Padra Island brought back good memories that we had together. Paulette and I can't attend due to our bought with Covid. We would like to send our love and prayers to the family
Marty & Paulette McGillicuddy
January 14, 2021
It was a great pleasure to know Woody and I have no doubt that he has touched many lives. His memory will live on through the many students he taught and inspired and through the colleagues he taught with. Rest In Peace.
Janis Tebo
January 14, 2021
Mr Woodill was one of my favorite teachers at Voke... I adored and admired him, he will truly be missed
Anthony Chivallatti
January 14, 2021
I am deeply saddened hearing of the passing of Mr Woodill , He was a great person the best teacher. I wouldn´t be the person I am today if it wasn´t for you Mr Woodill taking a liking to me and pushing me to be who I am today. With great love and respect R.I.P . My condolences to the entire family Neil DiGennaro
Neil DiGennaro
January 13, 2021
Diane, Darlene, and Barbara - Look at that sweet face and big smile. I am so sorry to hear this news. Just a couple of weeks ago, when we received 27" of snow, I thought about the Blizzard of `78 and getting "stranded" at your house (now that I´m a parent I can see how that might have been totally planned). And of course we can´t forget the cross country road trip in the height of our teen years. From the vantage of an adult, I now view that as an incredible privilege and the opportunity of a lifetime. As my mom said, there are a lot of memories and there is a long history. The words "hey kid" (in the way that our dads said it when they talked on the phone with each other) have echoed in my head since hearing of Woody´s passing last night. This is such a difficult time in so many ways. I hope that you can find comfort in one another and in the good friends who surround you all. Love, Lisa.
Lisa (Lenkarski) Pellitteri
January 13, 2021
Diane, Dee, Barbara and Jessica we have loss a great friend. We shared so many fun times and even some sad times. He was always there most of the time without even a phone call. He loved his girls. He so often talked his students and so proud to be able the share his knowledge with them. He will be deeply missed. R.I.P. Woody we love you and you will always be in our hearts.
Paul and Sue Lenkarski
January 13, 2021