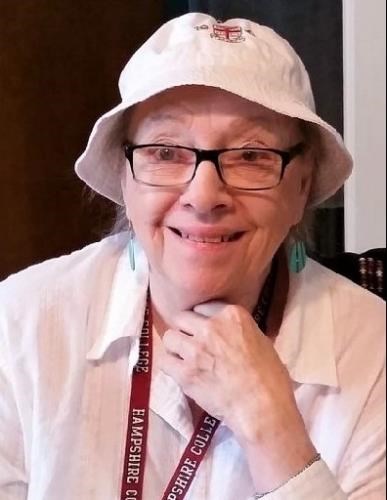 Worcester / Northampton - Ruth Janet Cooper passed away peacefully at the age of 93 on May 10, 2020.

Ruth is survived by her husband John Cooper, her daughter Rachael Graham and her two grandchildren Ondine Graham and Brent Graham. Her daughter Judith Ann Cooper, predeceased her in 2013.

Ruth was born to parents Fredrick and Bertha Itschner in Providence Rhode Island in 1927. Encouraged by her mother at an early age to study voice and piano, Ruth graduated with a BA in music from Pembroke College, Brown University in 1948. She went on to earn her Master's Degree in music from Colorado College in Colorado Springs. Ruth's career in singing and teaching voice lasted over 60 years. She began her career in New York City where she lived in "The Village" and met her husband John Cooper, an aspiring composer and pianist. Music was their life together, taking them from New York to India where they performed all over the country and taught at the Calcutta School of Music in 1966. Ruth and John moved from "The City" to live in Westchester county New York and then in California (which she did not like too much). They returned to the East Coast, settling in Massachusetts for many years in Worcester and later in Amherst.

Ruth was passionate about teaching voice and dearly loved her numerous students over the years. Ruth was a devoted mother, wife, and grandmother, putting the needs of her family before her own. Ruth loved birds, wild flowers, writing poetry and card games. She often sang her sentences! She loved languages, particularly German, French and Italian. She is dearly missed by her family and friends.

Private funeral arrangements have been entrusted to the care of the Shaw-Majercik Funeral Home, 48 School Street, Webster, MA.

A guest book is available at www.shaw-majercik.com where you may offer condolences or light a candle in remembrance of Ruth.

Published by Worcester Telegram & Gazette from May 27 to May 28, 2020.
To plant trees in memory, please visit our Sympathy Store.
MEMORIAL EVENTS
To offer your sympathy during this difficult time, you can now have memorial trees planted in a National Forest in memory of your loved one.
Funeral services provided by:
Shaw-Majercik Funeral Home
MAKE A DONATION
MEMORIES & CONDOLENCES
Sponsored by Shaw-Majercik Funeral Home.
0 Entries
Be the first to post a memory or condolences.