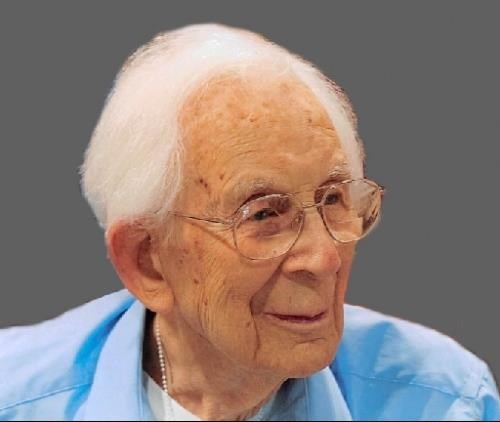 He leaves his son, Robert Dorfman and his wife, Miriam of Centerville, MA; his son-in-law, Steven Gould and his wife, Ellen of Chicago. He leaves grandchildren, Suzanne and Andrew Lampert of Chicago, Jeffrey Gould and his wife, Abby Ladd of Silver Springs, MD, Lindsay Dorfman of Bourne, MA, Jacqueline Manning of Brookline, MA, Stefanie Dorfman and Caroline Dorfman of Cotuit, MA; great grandchildren, Carrie and Eliza Lampert, Ariella Manning and twins, India and Graham Gould. He was predeceased by his daughter, Carol Dorfman Gould of Chicago who passed in 1995, brothers, Joseph and Edward Dorfman, and by his sister, Blanche Waldman.

Sidney graduated from the University of Maryland and was a veteran of WWII serving in the US Army in France and Belgium.

He was born in Washington, DC, a son of Hyman and Leah (Solomon) Dorfman and lived in Worcester for 73 years.

He had been an editor of the Worcester Telegram, an active member of Mount Pleasant Country Club of Boylston, Temple Emanuel Sinai and had been a docent at the Worcester Art Museum and the Henry Morrison Flagler Museum of Palm Beach, Florida. He had his own television show called "Sid Says," on a local TV station (WCCA). He was a life master bridge player and had been President of the Cavendish Club and a member the Jewish Community Center Bridge Club. He was an avid golfer and racquetball player and had been active in the YMCA and the Jewish Community Center.

Sidney was a prominent community theatre actor and starred in dozens of shows including "Norman, Is That You," "The Death of a Salesman," and "Who's Afraid of Virginia Wolfe." After moving to the Eisenberg Assisted Living in January 2015, Sidney formed the Eisenberg Players and became the resident writer, producer and entertainer. He wrote and produced plays, skits and short stories monthly to entertain the staff, residents and guests.

By his own accounts he stated that he was addicted to writing.

Sidney wrote many short stories, highlighted by "I Was Almost in the Movies," and "You Can Go Back," which was a finalist in the Worcester Magazine short story contest.

FUNERAL SERVICES WILL BE HELD AT 10:00AM ON WEDNESDAY, AUGUST 8TH IN TEMPLE EMANUEL SINAI, 661 SALISBURY STREET, WORCESTER UNDER THE DIRECTION OF RICHARD PERLMAN OF MILES FUNERAL HOME OF HOLDEN. Burial will follow in B'Nai Brith Cemetery.

Memorial Contributions may be made to the Sidney A. Dorfman Fund, with checks made out to, Eisenberg Assisted Living, 631 Salisbury Street, Worcester, MA 01609.

Published by Worcester Telegram & Gazette from Aug. 6 to Aug. 7, 2018.
To plant trees in memory, please visit the Sympathy Store.
MEMORIAL EVENTS
Aug
8
Funeral service
10:00a.m.
TEMPLE EMANUEL SINAI
661 SALISBURY STREET, WORCESTER, MA
Funeral services provided by:
Miles Funeral Home
MAKE A DONATION
MEMORIES & CONDOLENCES
Sponsored by Miles Funeral Home.
5 Entries
Sidney enjoyed sharing his family history and many stories with me. What a wonderful life. We also shared the same birthdate! Sending love....
Linda Diamond Weinstein
October 12, 2018
The best playwright in the house. I'll always remember that Super Bowl game. If life is a bowl of cherries, what am I doing with the pits. Sidney, You were a wonderful man.
Donna Brunelle
August 9, 2018
My deepest Condolances. May his soul rest in peace. He is now reunited with his wife, and family.
To those left behind, I wish them strength in this difficult time.
Baruch Dyan Emet.
Ingrid Urich-Sass
August 9, 2018
So sorry for your loss. Sid was a fine man who will be missed by all.
Jesse Ritz
August 8, 2018
Jesse Ritz
August 8, 2018
Showing 1 - 5 of 5 results