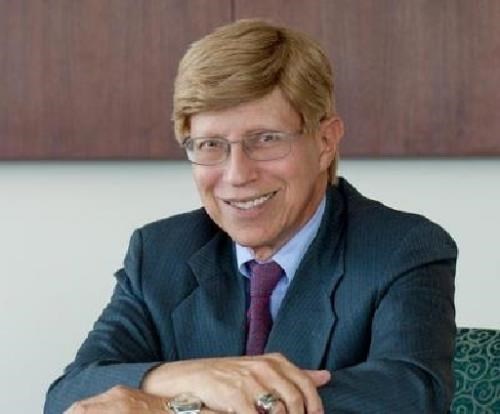 Worcester - Stuart Allen Hammer, 77, of Worcester, passed away on September 13, 2021 after a long battle with illness.

Stuart was born in Passaic, New Jersey, to David and Sarah Hammer on October 21, 1943. After graduating from Cornell University in 1965, Stuart received his Juris Doctor from Fordham University in 1968 and a Master of Laws Degree in Taxation from New York University in 1970. He then served three years as an Attorney-Advisor to the late Honorable John Kern and the late Honorable Theodore Tannenwald, Jr., both judges on the United States Tax Court. He worked most recently as a partner in the law firm of Christopher, Hays, Wojcik, & Mavricos, LLP, for over 10 years. He was a Life Member of the American Begonia Society and past president of the Boston chapter, served on the national board of the Gesneriad Society, was past president of Jewish Family Service of Worcester, served on the board of the Holden Towers Worcester Tennis Club, and was on the founding board of the Abaarso School. He lived and worked in the Worcester area for over 45 years.

Funeral services will be held at 1:00pm, Friday, September 17, 2021, at Miles Funeral Home, 1158 Main Street, Holden, MA. Preceding the funeral service, calling hours will be from 12:00pm to 1:00pm at the funeral home. There will be a memorial reception following the service; details to be announced at the time of funeral, as well as shiva information.

The family welcomes donations to Rachel's Table (http://www.rachelstable.org/) as an expression of sympathy instead of flowers.

The family of Stuart wishes to extend our sincere thanks to Dr. Daniel Roberts at Dana-Farber/Brigham and Women's Cancer Center at Milford Regional, UMass Memorial Medical Center, Deborah Fins for sourcing home and in-patient care, and The Jewish Healthcare Center for their rehabilitative and hospice services. Stuart's Funeral Service may be viewed by clicking the following link: http://client.tribucast.com/tcid/5961716123

Published by Worcester Telegram & Gazette from Sep. 14 to Sep. 16, 2021.
To plant trees in memory, please visit the Sympathy Store.
MEMORIAL EVENTS
Sep
17
Calling hours
12:00p.m. - 1:00p.m.
Miles Funeral Home
1158 Main St, Holden, MA
Sep
17
Funeral service
1:00p.m.
Miles Funeral Home
1158 Main St, Holden, MA
Funeral services provided by:
Miles Funeral Home
MAKE A DONATION
MEMORIES & CONDOLENCES
Sponsored by Miles Funeral Home.
6 Entries
it was my fortune to have known this man, as it was for anyone who shared any part of his life.
ruth cameron
Friend
September 20, 2021
Stu Hammer - My best friend - a fellow Yankee fan - the guy who got me through some tough times when I lost a loved one - my Reins Deli partner - you will be missed
Ernie Malagrida
September 18, 2021
Susan and Stuart's family, We are so sorry to hear this news and express our deepest sympathies to you. With the pandemic and my retiring from the practice of law 5 years ago, we fell out of contact. We had no idea he was ill. As you know Susan, Stuart and I spent a lot of time professionally and some time personally together. He was an outstanding lawyer and very respected in his fields of law throughout Massachusetts. I sent many clients to him for his expertise. He and Dorota also shared a great interest in flowers and she, at one time, used to take care of his greenhouse when he was away. Susan, I also want you to know, he often spoke to me of how happy he was that he found you to be in his life. Our thoughts and prayers are with all of you. Phil and Dorota
Phil and Dorota Feinzeig
Friend
September 16, 2021
My sincere condolences to Stu´s family. My husband Rob and I considered Stu a friend. Stu was a patient of my husband´s and he and I worked together at the Edstrom Agency of State Mutual . He provided us personally with great counsel. He will be ling remembered by his sweet smile. He was a bright, funny, and a humble man. Stu will surely be missed by all who had the pleasure of knowing him.
Madelyn Anusbigian
Friend
September 16, 2021
Stuart was so very kind to me when I needed a helping hand. He was a gentleman and a scholar.
Barbara patashnik
Other
September 15, 2021
So sorry for your loss. I only met Stuart a few times but Jeffery was a wonderful person and like another son to us. I´m sure Stuart had a lot to do with that. May he Rest In Peace.
The Gledhill Family
Other
September 14, 2021
Showing 1 - 6 of 6 results