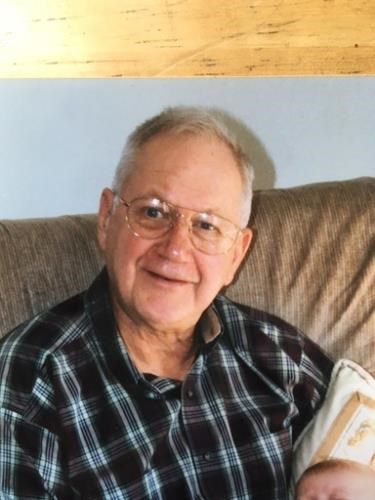 Grafton, MA - W. Leigh Bridges, 80, passed away quietly in Arizona, in his home away from home, on January 30, 2017. He was a lifelong resident of Grafton. He leaves behind his wife of 60 years, Sonja (Anderson) Bridges, his son and daughter in law, Scott and Janet Bridges, of Rowley, MA, and daughter and son in law, Kristen and Adam Sidman, of Grafton, MA. He also leaves his four grandchildren who he adored, Andrew and Blake Bridges, and Kelsey and Shayne Sidman.

Leigh and Sonja started their journey together when they met at Bates College, and later graduated from the University of Massachusetts. Leigh went on to gain his Master's Degree in Marine Biology from Southern Illinois State University. He worked for the majority of his career for the Commonwealth of Massachusetts, in the Department of Marine Fisheries as one of the Assistant Directors.

After retirement, he and his wife enjoyed traveling around the United States, before settling in Arizona as their permanent winter home. This place held special meaning for him as he had an extensive network of friends who shared in his hobbies which included wood carving, silver work, poker, pickle ball and shuffle board, as well as other social activities. Leigh easily made friends wherever he went. Some considered him soft spoken, but he offered his friendship and a hand to anyone that needed it. His passion for the outdoors was seen not just in his career. Leigh was an avid fisherman, a hobby he shared with his children, grandchildren and close friends.

To plant trees in memory, please visit our Sympathy Store.
Published by Worcester Telegram & Gazette from Feb. 3 to Feb. 5, 2017.
MEMORIAL EVENTS
Feb
7
Memorial service
10:00a.m.
St. Andrew's Episcopal Church
53 North Main St., North Grafton, MA
MEMORIES & CONDOLENCES
3 Entries
Dear Sonya,
My sincere condolences to you and your family.
Diane Tanerillo
Diane Tanerillo
February 7, 2017
Leigh was always a pleasure to be around, whether it be in the carving studio or at a decoy auction. Both are passions that we shared. I will miss his warm easy going manner wherever we got together.
Steve Weaver, Sandwich Ma.
February 7, 2017
Dear. Sonja and family
My condolences to you and the entire family. I had the pleasure to work with Leigh for 20 years at DMF. Leigh always had some great stories to tell, and I know he loved his fish.
Sincerely
Brian kelly
Cape cod
Brian Kelly
February 4, 2017
Showing 1 - 3 of 3 results