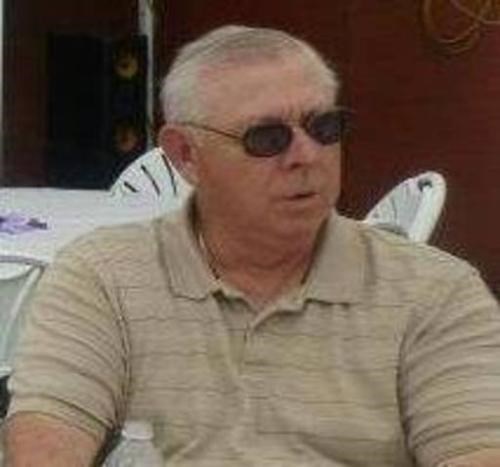 He leaves his wife of 39 years, Anne Carey (Hurley) Burke; a daughter, Kelsey Burke of Paxton and her fiancee, Michael Kusy of West Boylston. Bill is survived by seven siblings: Kathryn Green of Rockland, Richard Burke and his wife, Debbie of Peru, Mary Burke of Marlborough, Theodore Burke and his wife, Patricia, of Walpole, Margaret Burke and her wife, Patricia Connolly of Centerville, Elizabeth LeBlanc and her husband, Nelson of Waltham, and John Burke of Centerville, and many loving nieces and nephews.

Bill was born in Newton the son, of William J. Burke and Mary E. (Clancy) Burke. He was a graduate of Boston State College and Wentworth Institute. He received his Master's degree from Kennedy Western University. Bill was a Navy Veteran of the Vietnam War, serving on the USS Willis A. Lee and USS Shenandoah.

Bill had a love of Irish music, and was a talented guitar and banjo player, and had a beautiful singing voice. With his friend and bandmate, Paul Kelly, Bill played and sang throughout many Irish clubs and restaurants in the Boston area. Bill was a member of the Knights of Columbus, the Ancient Order of Hibernians, the Disabled American Veterans, the Harold Keith American Legion Post, and the Paralyzed Veterans of America.

Bill loved to garden, loved watching all Boston sports teams, enjoyed a walk on the links, and a cold one after that. Bill also loved to cook (and his wife, Carey, was happy to let him!). In his earlier years, Bill was an avid runner competing in road races throughout the state.

Bill was a devout man of great faith, and he regularly read the Bible. During his illness, Bill often sought comfort and wisdom in its words. Bill was a loving and devoted husband and father. His daughter, Kelsey, was the light of his life.

His Funeral will be held Wednesday, December 30 from FAY BROTHERS Funeral Home, 1 West Boylston St. with a Mass at 11:00 am in Our Lady of Good Counsel Church, 111 Worcester St. Burial will follow in Mt. Vernon Cemetery. A visiting hour will be held from 9:30 to 10:30am at the funeral home. In lieu of flowers, memorial donations may be made to the Compassionate care for ALS, PO Box 1052, West Falmouth, 02574.

Cousin Priscilla
Priscilla Blackburn
December 30, 2015
I am so sorry for your loss. Liam shared with me many wonderful stories about Bill. Prayers and hugs
Becky Samara
December 30, 2015
Carey, Kelsey and the extended Burke family. Sorry for the loss of a wonderful raconteur and gracious gentleman. I will truly miss him.
Joyce Valente
January 17, 2016 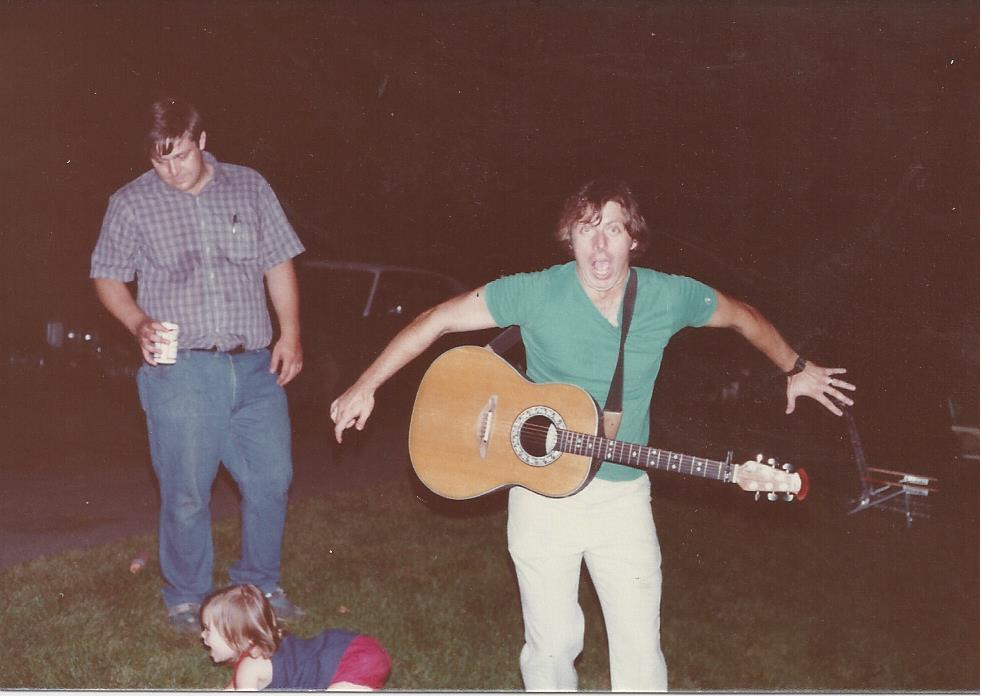 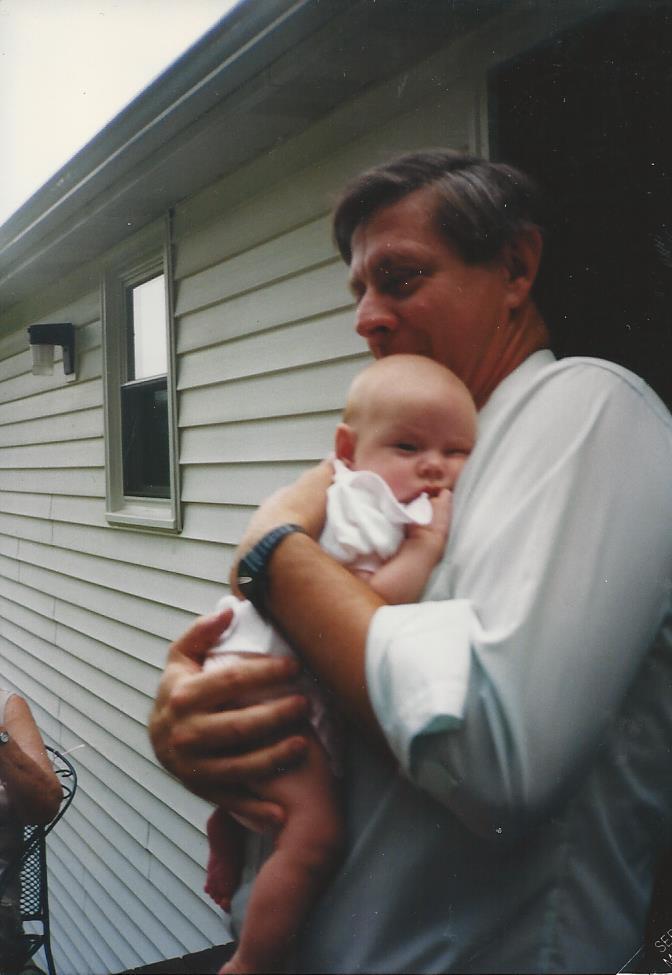 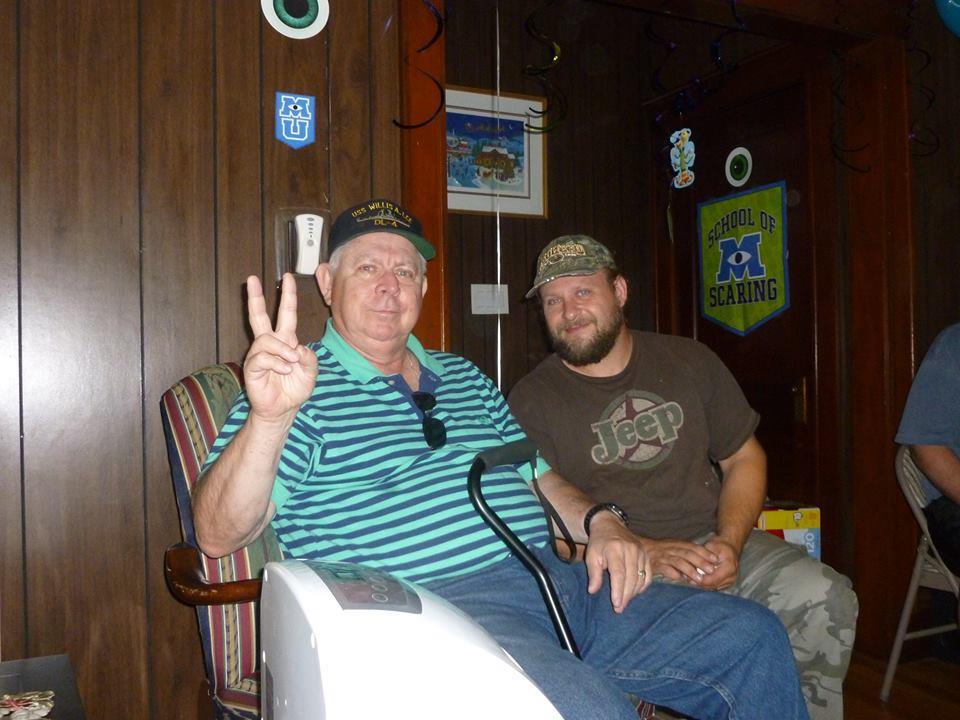 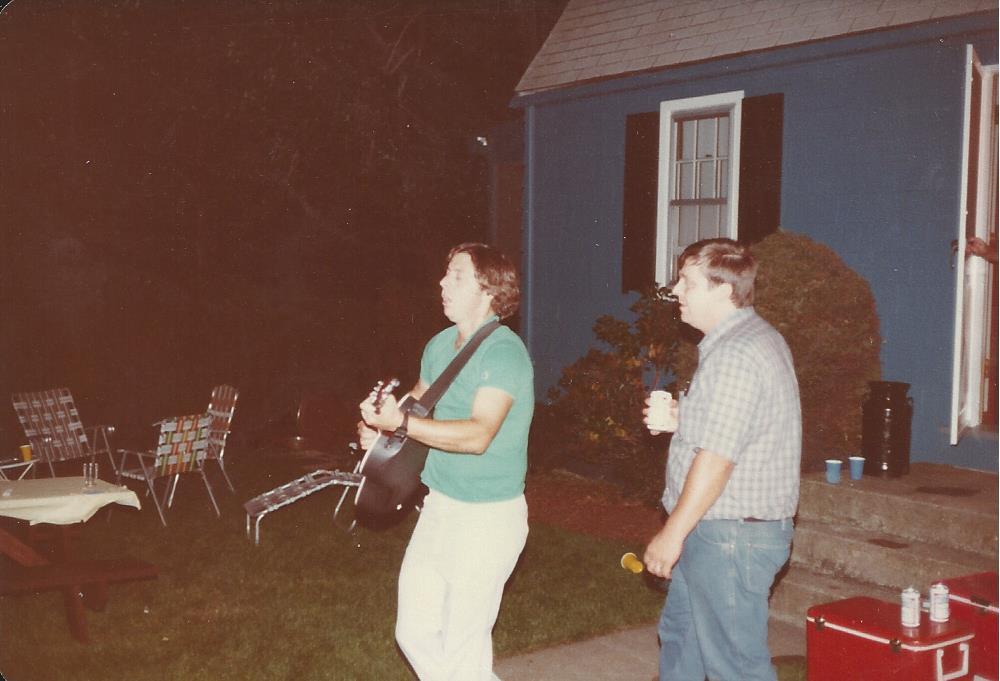 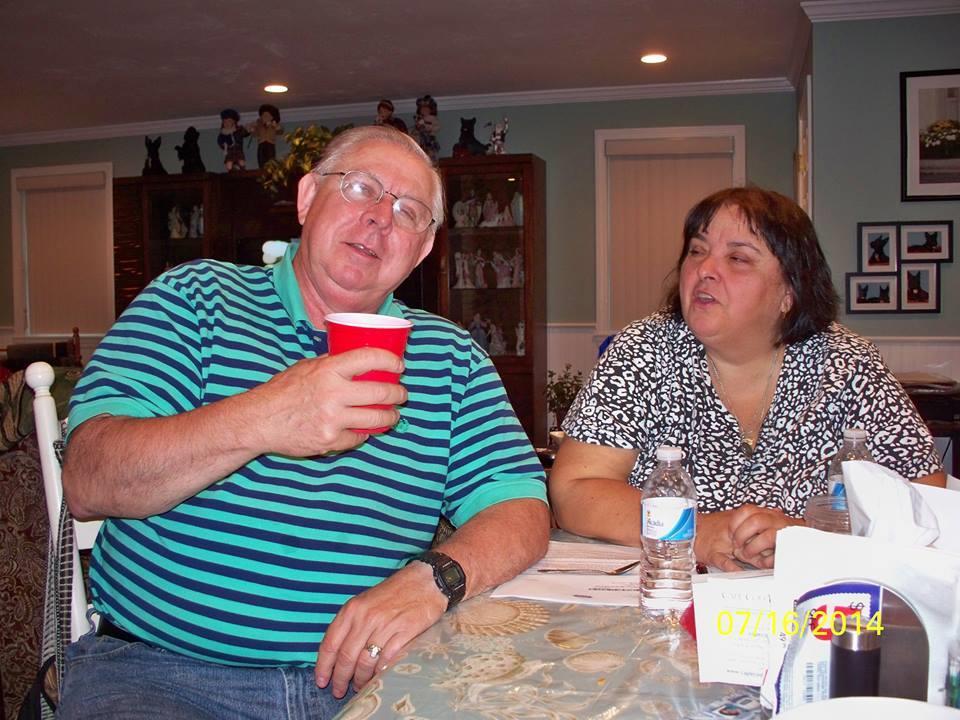 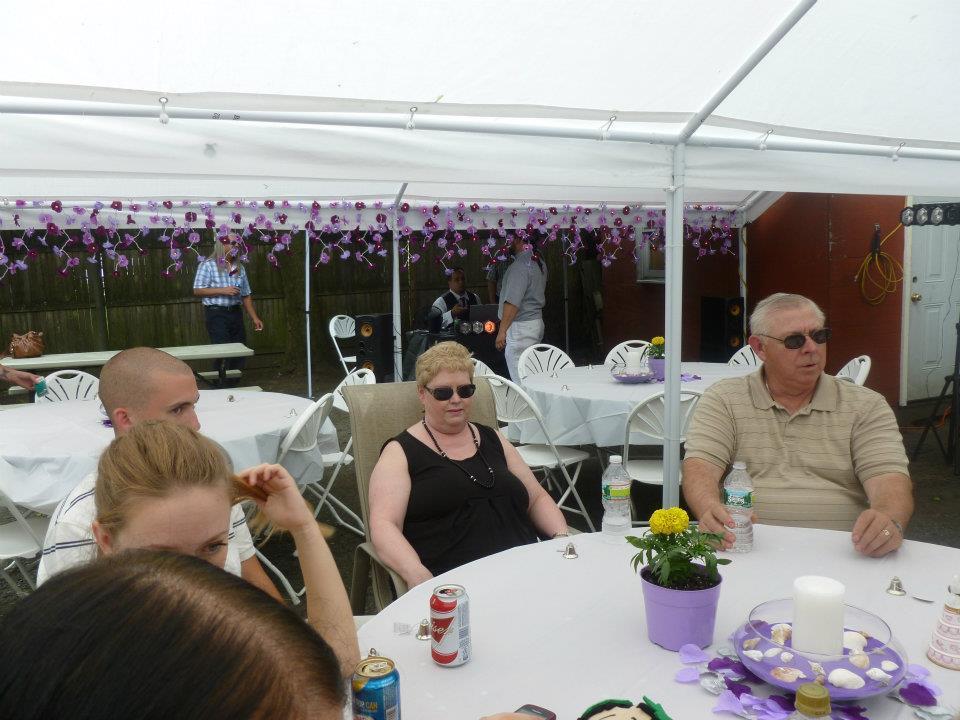 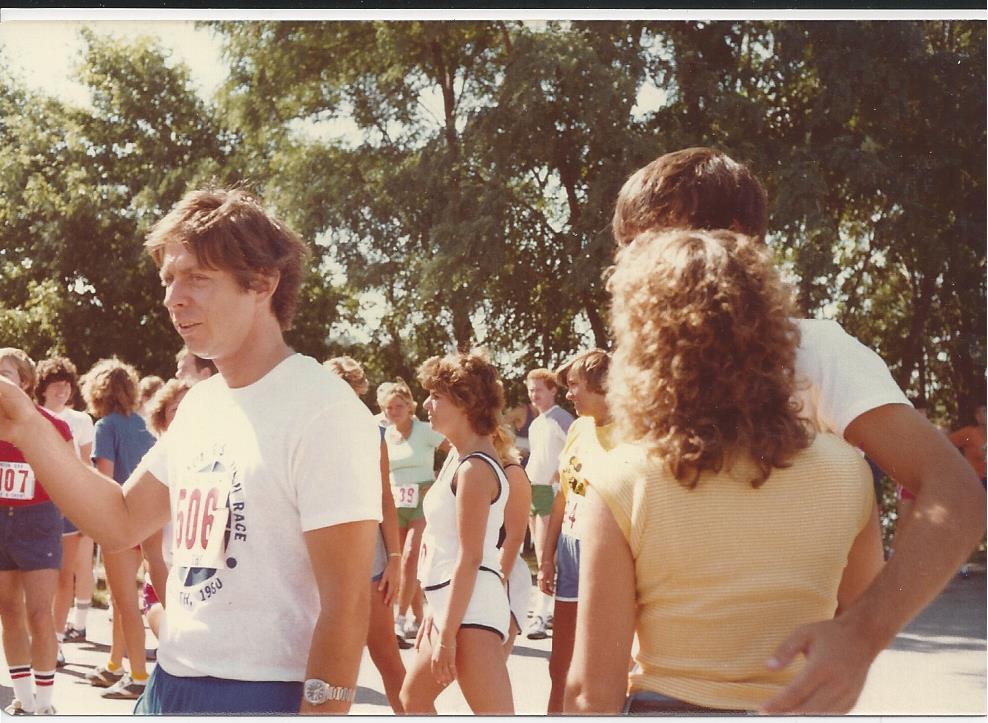 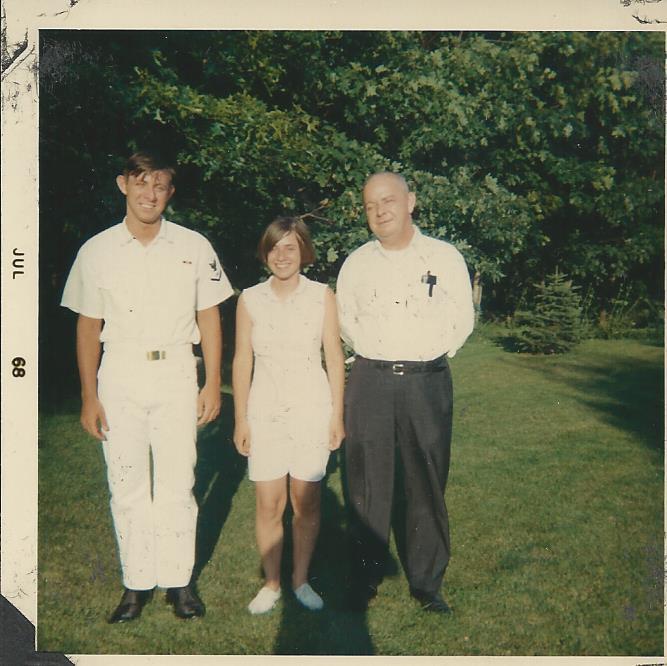 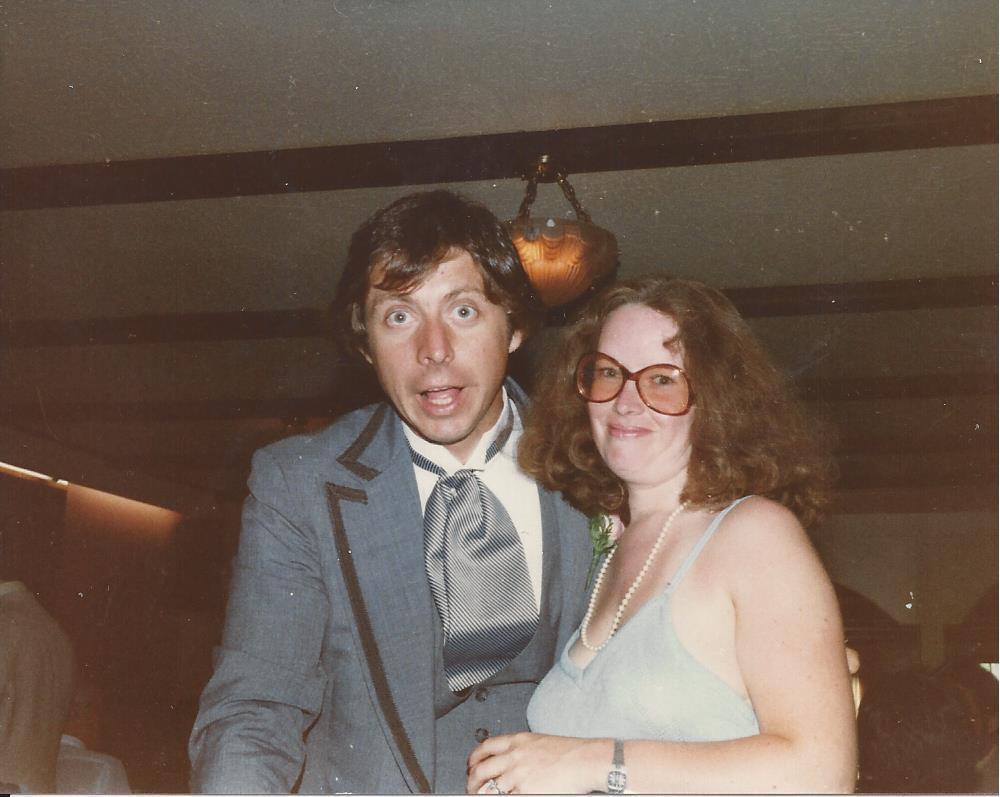 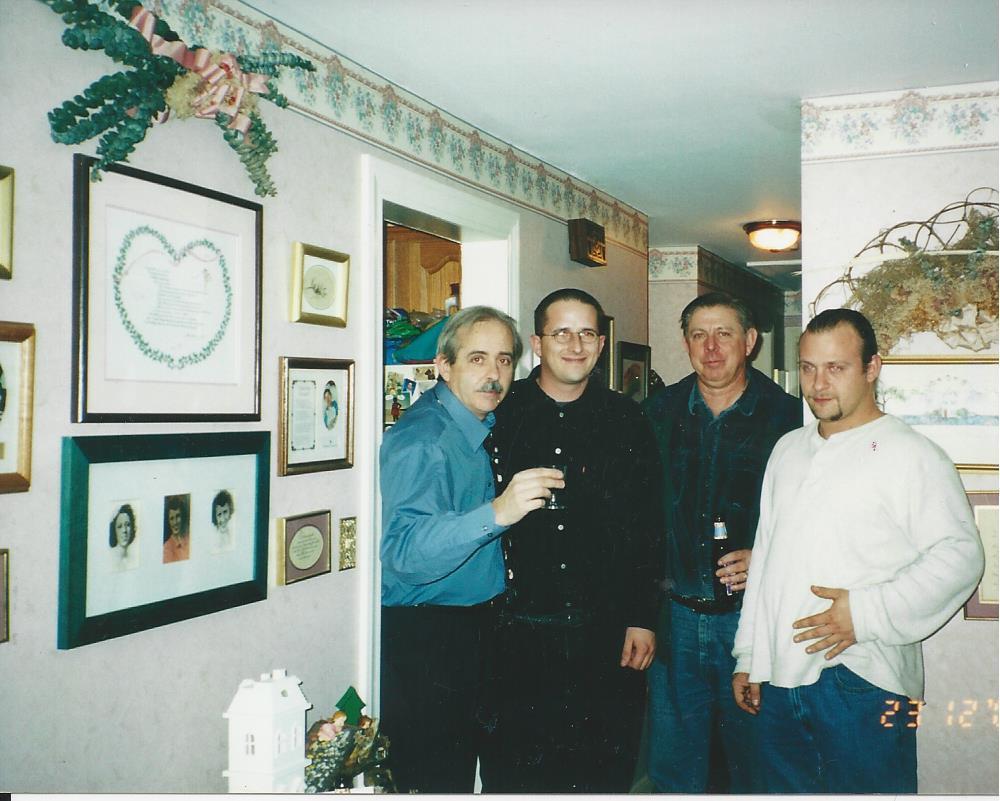 December 29, 2015
Please accept my sincere condolences on your loss. May Bill's family and friends hold on to the many lasting happy memories they have had with him.
Cathy Lazzaro
December 28, 2015
Carey,
My condolences to you and your family with love I say I'm so sorry for your lost!
Julissa Madera
December 28, 2015 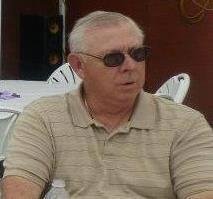 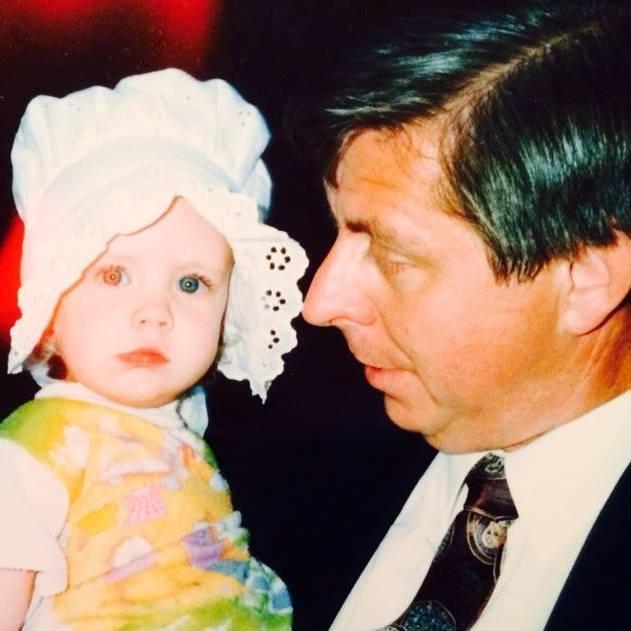 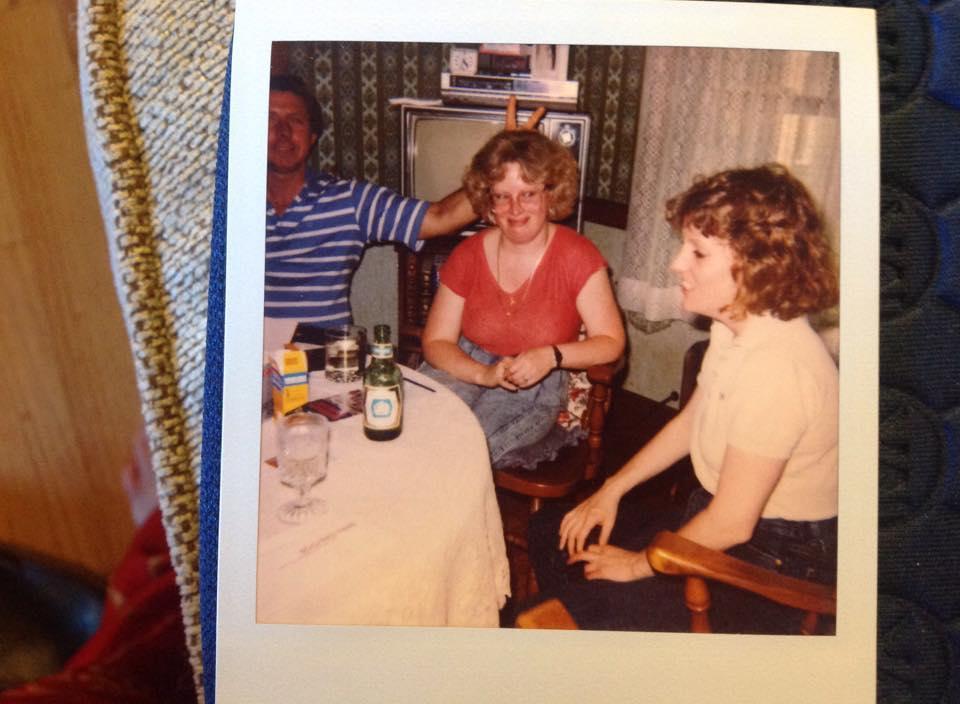 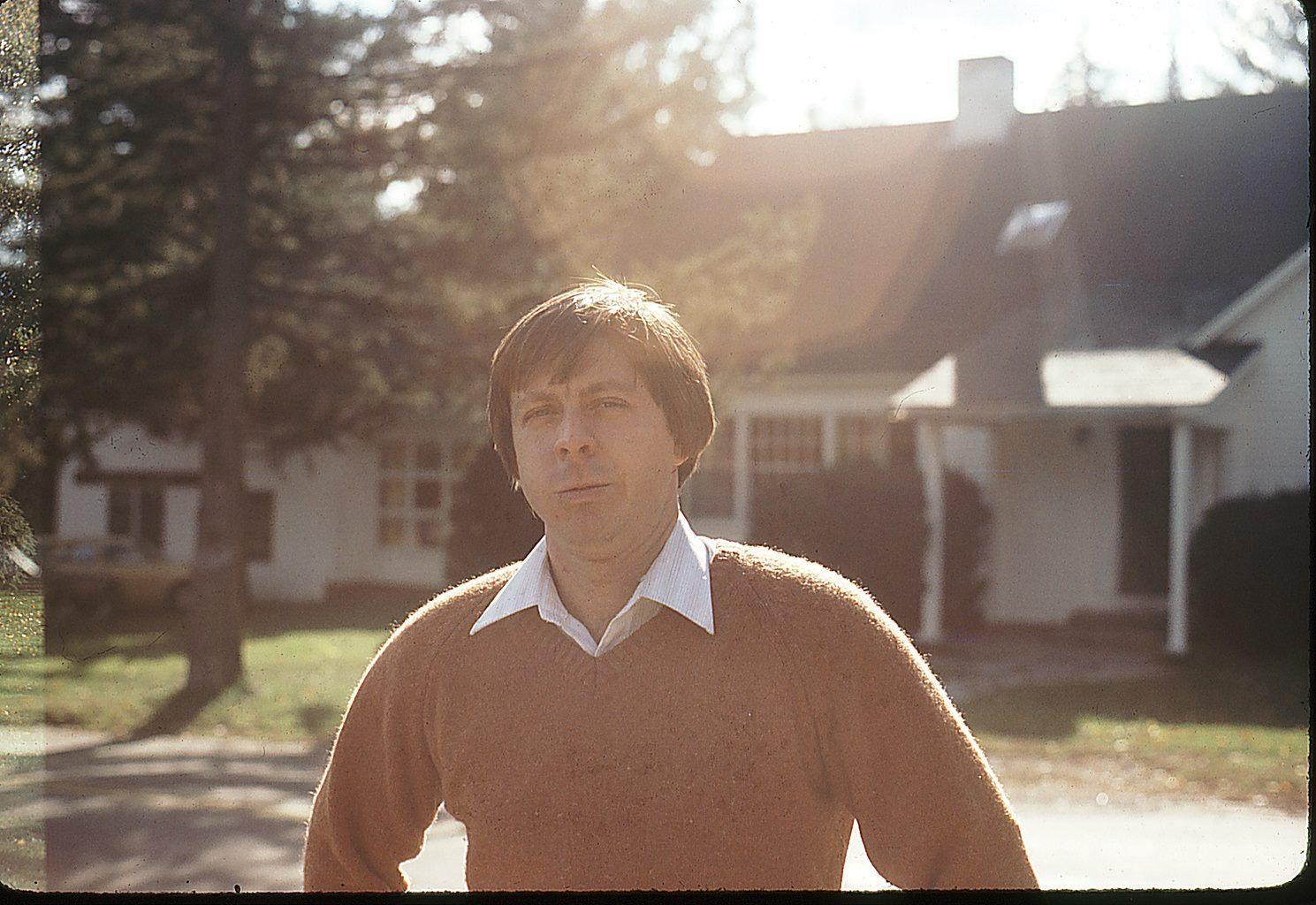 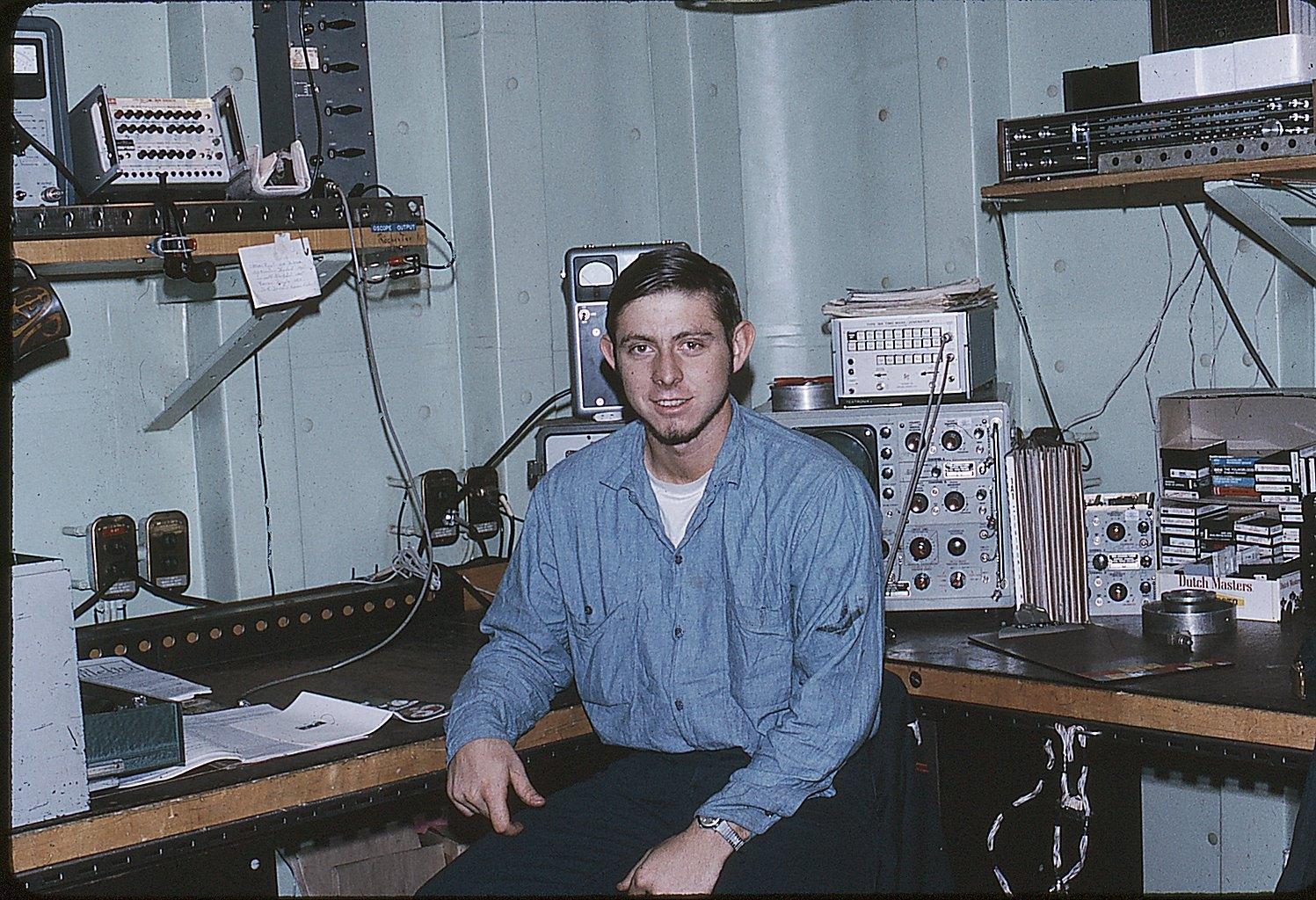 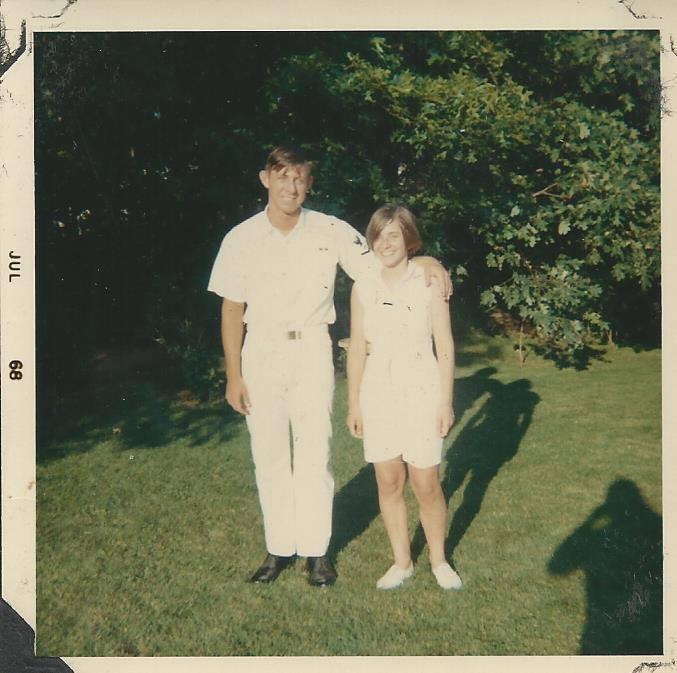 Regina Hurley
December 28, 2015
Bill's strong will moved him to keep his motivation despite many adversities. He attained many successes, from the navy to 2 college degrees, a good career and family life. He learned his music the same way. I have great respect for what he accomplished and sadness he wasn't able to complete all his goals. Deepest sympathy to Kelsey and Carey.

My most sincere condolences on the loss of Bill. The love that you shared was overwhelmingly evident in the ways in which you each cared for each other. I hope you always take comfort in those moments.
Meaghan Hardy-Lavoie
December 27, 2015 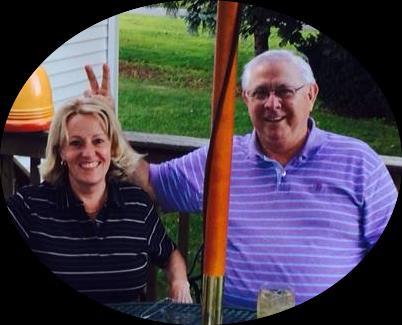 Bill, my dear "brother- out-law," there will never be another Bill. I will forever miss your sense of humor, your easy laugh, your kind heart, your faith, and your love of all things Irish. You were a good man to the core. You will be sorely missed. xox

Love you, and miss you,
Gina
December 27, 2015
Carey,
Please accept my most heartfelt condolences and deepest sympathies on the loss of your husband. My heart goes out to you and your family. May memories of great times live in your heart and help you through this most difficult loss. Thinking of you and praying for peace and strength for you and your family. Many thoughts, Kelly
Kelly Prefontaine
December 27, 2015
Uncle Bill, you were the best uncle a nephew could ask for. We shared many great memories together. I love and miss you very much. Hope heaven is good to you because you certainly deserve it.
Love your nephew, Michael
Michael LeBlanc
December 26, 2015
Bill,

In loving memory of a good friend and special person. You will be greatly missed.
Bill McGourty
Bill McGourty
December 26, 2015
Uncle Bill,

Your spirit and good humor will be greatly missed. I'm grateful that you are at peace.
Love, Cara
Cara McGourty
Cara McGourty
December 26, 2015 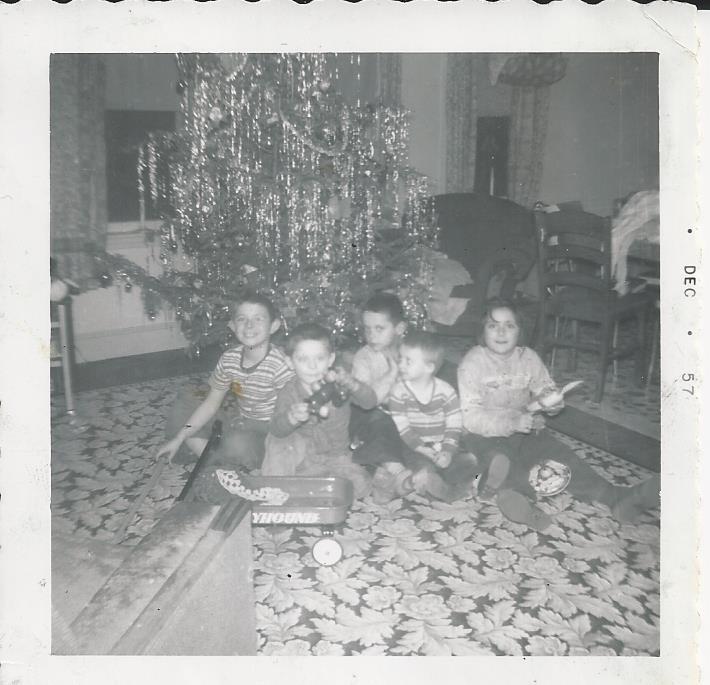 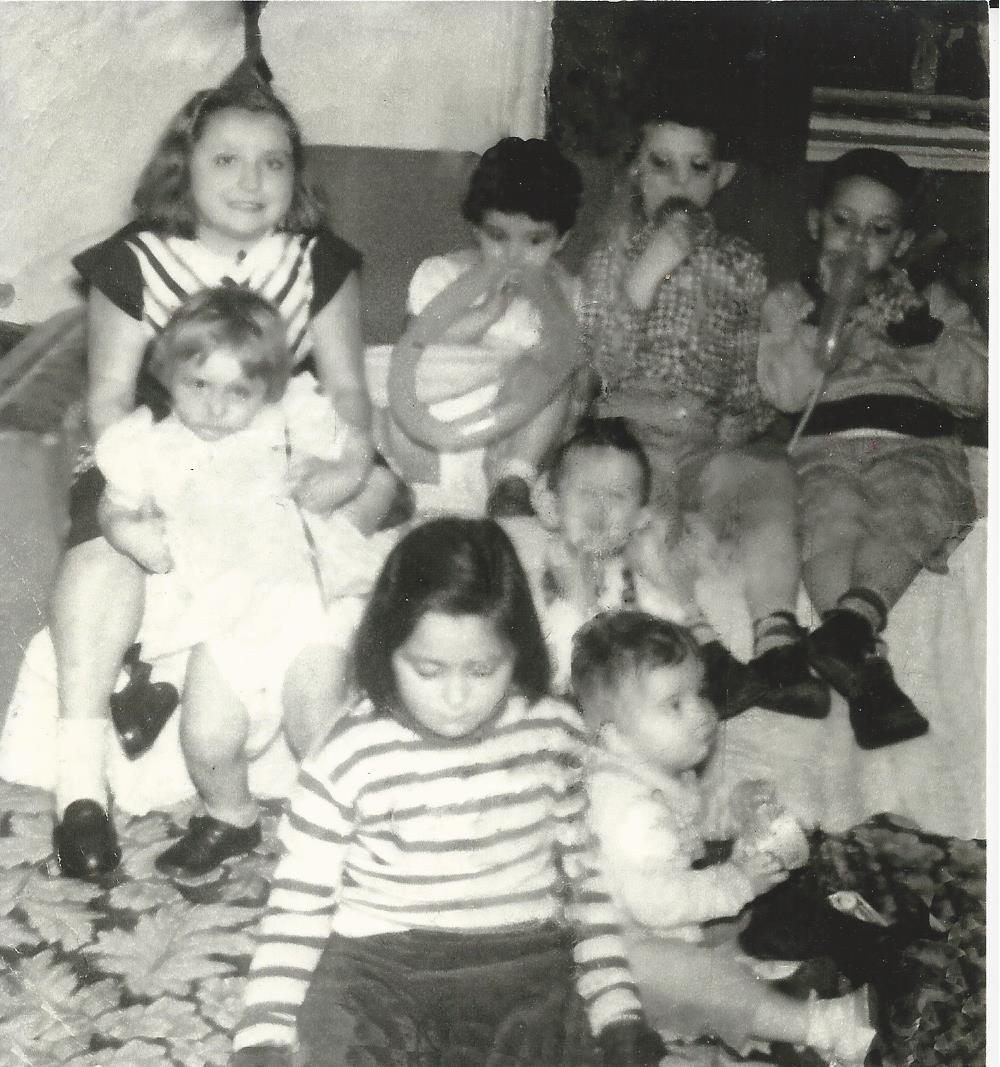 R.I.P Bill, You were a great brother, with a great sense of humor and could make everyone laugh. You had a kind heart to all and were taken to soon. You will greatly missed by everyone. We all love you Bill. You are at peace now and in heaven with mommy and dad.
Elizabeth LeBlanc
December 26, 2015
Rest easy brother friend and my hero...never will you be forgotten. ..love eternally. .your brother and friend John and family
john burke
December 26, 2015
REST EASY DEAR BROTHER,,,YOUR WORK IS DONE HERE..HEAVEN IS YOUR REWARD..WE LOVE YOU...PEGGY AND PAR
PEGGY BURKE
December 26, 2015
We will miss you Bill, you fought hard. Love Mo and Jimmy
December 26, 2015 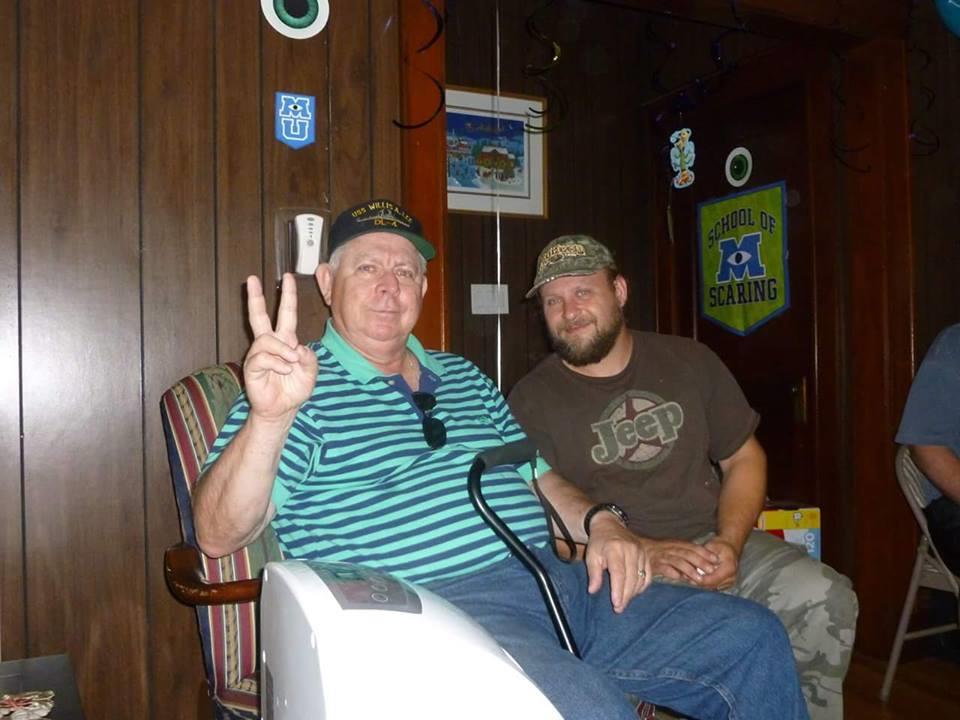 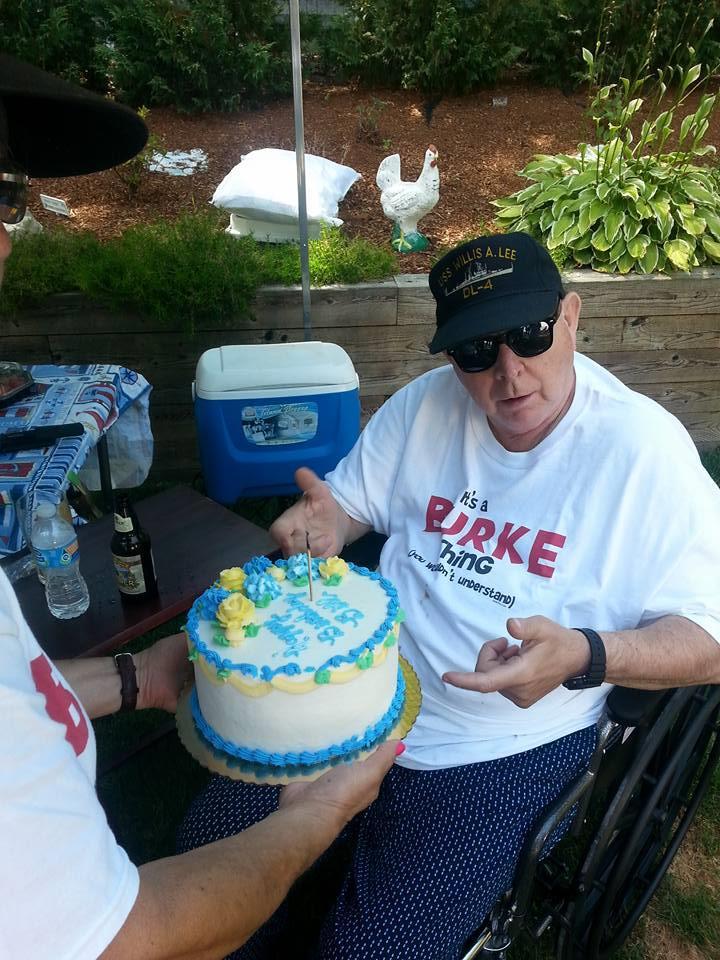 Our family has lost a big part of it.. Uncle Bill you will be missed very much... Love Shauna
shauna leblanc
December 26, 2015
Bill, I will always love you; I miss you.