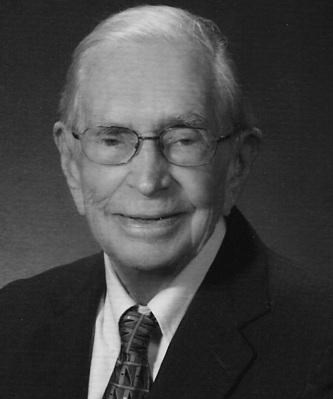 He graduated from Boys High in Atlanta, GA, George Washington University and Harvard Medical School. Dr. Cobb served as resident neurosurgeon at Children's Hospital in Boston, William Henry Howe Fellow in Neurosugery at Vanderbilt University School of Medicine and Assistant Clinical Professor of Neurosugery at Vanderbilt University Hospital. He was active in a number of medical leadership roles. He loved nothing more than teaching and training residents and referred to them as "my boys." He was a member of the Canby Robinson Society at Vanderbilt University. He held memberships in the American Academy of Neurosurgery, American Association of Neurological Surgeons, International Congress of Neurological Surgery, Nashville Surgical Society, Tennessee Neurosurgical Society and the Tennessee State Medical Association.

Since childhood, he loved sailing and participated in and won many regattas. He was one of the founding members of Harbor Island Yacht Club and previously served as Commodore. He was always grateful for his faithful and accomplished crew who helped him achieve many regatta trophies. He had a love for music, especially the Woodmont Christian Church Choir.


Published by The Tennessean on Nov. 24, 2013.
To plant trees in memory, please visit the Sympathy Store.
MEMORIAL EVENTS
To offer your sympathy during this difficult time, you can now have memorial trees planted in a National Forest in memory of your loved one.
MAKE A DONATION
MEMORIES & CONDOLENCES
14 Entries
I was a child patient of Dr. Cobb's in 1987-90 with a malignant brain tumor. I will always remember his way of bringing calm to my storm, like when I shared with him my fear of going back to school with a bald head and a wig. He instilled in me the spirit of an Overcomer, which I still carry to this day. Sometimes he would even sing an old gospel hymn to ease my nerves before an MRI/CAT scan. My family affectionately called him THE GODFATHER because of his presence, and his reference to me as his "little girl". He will always be remembered as a GIANT of a man to me, a LIFESAVER, and a GREAT inspiration.
Montez Poindexter
November 4, 2014
I was privileged to manage Dr. Cobb's neurosurgical group for many years, and learned to love and appreciate his combination of brilliance and grace. He could converse with anyone (even me!) about anything, and give you the feeling that your opinion mattered to him. He is sailing in God's kingdom now and still winning races. Rest in peace, Dr. Cobb.
Shery Stovall
December 12, 2013
Dear Kathy,

Glenn and I are so sorry for your loss. What an accomplished man you husband was - I only wish I had known him. We are keeping you and your family in our prayers.

Mary Kiger
Mary Kiger
November 26, 2013
A great man that understood the nature of sailing competition as honorable, friendships as important and life to be lived at its fullest.
Brad Currie
November 26, 2013
He was a gifted man. I was a patient of his in '58, and the talents he had lead to the talents of today which will lead to the talents of tomorrow. Thank you, Dr. Cobb.
Greg Gibson
November 25, 2013
We are so sad. Cully was a wonderful human being, great doctor and dear friend. We will miss him dearly. We love you...
Peggy Hudson
November 25, 2013
Cathy and Family- I am so sad to hear of Cully's passing- every time the wind stirs I will think of him and his enduring patience while teaching me to sail many years ago- his kindness and love for all things good have helped me throughout life-- I will forever remember him~ Bill Spencer
November 24, 2013
Cathy, we are sad to hear about Cully and at the same time the many happy memories of times spent with both of you bring smiles to our faces.

Love and blessings,
Ron and Priscilla Thweatt
Priscilla and Ron Thweatt
November 24, 2013
Cathy and family,
Cully was such a great friend to my my parents, Jack & Betty. They loved you both so much. My thoughts are with you.
Jackie Caldwell
November 24, 2013
I always enjoyed working with dr. Cobb at Vanderbilt operating room. We did a lot of cases together.
Kenneth Peercy. RN
November 24, 2013
Farewell Cully. Thank you for your enduring patience and for everything that you taught me.
Eric Hudson
November 24, 2013
So sorry for your loss. joe and i are out of town this week, but will contact you when we return. Cully was a wonderful man and will be terribly missed. Love, joe and mary Pepper
November 24, 2013
Cathy & family: We are so sad to read the news of dear Cully's passing. He was such a kind and gentle spirit with a hint of mischief!! He was a legend in the world of sailing and medicine. I will miss his bright smile at Harbor Island. He has taught many of us so many valuable lessons about life and sailing.
We can just see him up there in heaven telling the others about how to best catch the next bit of breeze.

You are in our thoughts and prayers,
Joy & Fred Kimbrell
Fred & Joy Kimbrell
November 24, 2013
Cathy & Family,
Bruce and I are so sorry for your loss and ours, but we know the Vandy win over UT last night made him smile. We will miss him so much but so happy for the many memories made with him.
Love you all,
Bruce & Betty
Bruce & Betty Fisher
November 24, 2013
Showing 1 - 14 of 14 results