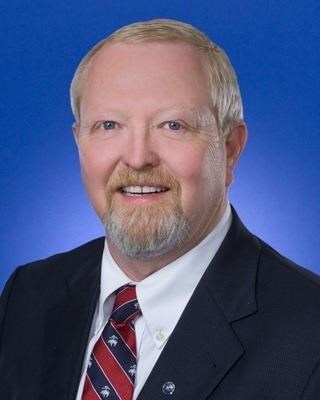 MAYFIELD, John Eggleston, age 65, was born on September 13, 1952, in Norfolk, Virginia, to the late Pearson B. Mayfield Jr. and Amy Eggleston Mayfield. John was a graduate of Baylor School in Chattanooga, Tennessee, Class of 1970. He attended UT Knoxville and Cleveland State Community College. He was a member of the U.S. Army Reserves 335th Engineering Detachment and worked at First American Bank and Cumberland Heights. He owned and operated Mayfield Bookstore for 27 years. He was a Volunteer Chairman of Motor Services for Red Cross; President of Cheatham County Community Foundation for 4 years; created John E. Mayfield Charitable Foundation in 1996; a member of the Tennessee 4-H Foundation Board for 6 years; a member of Girl Scouts of Middle Tennessee Board for 6 years; Charter President of Cheatham County Kiwanis Club; Distinguished Lieutenant Governor of Division 14 Kiwanis Club; Trustee and Treasurer of Kiwanis International Foundation; member of Hall of Fame of Nashville State Community College, with the Library of Nashville State Community College being named as the John E. Mayfield Library; Chairman of Long-Term Recovery Organization for May 2010 Flood; Charter member of Habitat for Humanity Board; Endowed Scholarships for various organizations; member of The White House Champions of Change; Past Commander of American Legion Post 40; Imagination Library Board for Cheatham County and most recently proudly installed as the Kiwanis Children's Fund President for 2017-2018. John is preceded in death by his parents, Pearson B. Mayfield, Jr. and Amy Eggleston Mayfield. He is survived by his brothers: Jim A. Mayfield (Wanda), James Calvin "Rocky" Fletcher, Jr., (Rita), and Terry Fletcher; sister: Tammy Fletcher Shelton; nieces: Ashley Mayfield Robinson (Aaron), Blythe Mayfield, Lauren Shelton, Cody Fletcher, Josh Fletcher, Cori Fletcher (Wesley), and girlfriend, Jennie Smith. A celebration of John's life will be Sunday, October 1, 2017, at 2pm in the Chapel of Cheatham County Funeral Home. Burial will follow in Bethlehem Cemetery in Ashland City, Tennessee. Visitation for family and friends will be Saturday, September 30, 2017, from 2pm to 6pm and on Sunday, October 1st from 12noon until funeral hour of 2pm. In lieu of flowers, John's wishes were for donations to the Cheatham County Community Foundation Discretionary Fund of the Community Foundation of Middle Tennessee or The John E. Mayfield Kiwanis of Cheatham County Scholarship or childrensfund.org/Mayfield or the charity of your choice. Cheatham County Funeral Home 615-792-2552 cheathamcountyfh.com.


Published by Tennessean & Ashland City Times from Sep. 30 to Oct. 4, 2017.
To plant trees in memory, please visit the Sympathy Store.
MEMORIAL EVENTS
Sep
30
Visitation
2:00p.m. - 6:00p.m.
TN
Oct
1
Visitation
12:00p.m.
TN
Oct
1
Celebration of Life
2:00p.m.
Cheatham County Funeral Home
117 Elizabeth St., Ashland City, TN
Oct
1
Burial
Bethlehem Cemetery
Ashland City, TN
Funeral services provided by:
Cheatham County Funeral Home
MAKE A DONATION
Please consider a donation as requested by the family.
MEMORIES & CONDOLENCES
Sponsored by Cheatham County Funeral Home.
10 Entries
Please accept my deepest and heartfelt condolences at this time of your loss. May the God who "binds up the brokenhearted" and "comforts all who mourn" sustain your family during this difficult time. Isaiah 61:1.
September 25, 2018
Can't get John out of my head or heart. He was a major part of Kiwanis Eliminate project which raised 110million dollars to rid the world of maternal neonatal tetanus. John went to Sierra Leone Africa with us and, as always, a small boy clung to him the entire time we were in this one village. Very few will ever be able to fit in his shoes.....very few
Linda Christiano
December 13, 2017
Such a loss to friends and the community. I still have the baseballs cards he gave me about 35 years ago. Such a special person.
Cindi Hall
October 6, 2017
John and I met and got to know each other well through Kiwanis. I loved his humanity and his humility. For better or worse, we shared similar senses of humor! John helped me "expand" my horizons. He took me to breakfast one morning when I was in Ashland City. When I asked the waitress if I could have fresh fruit, John jokingly exclaimed, "We don't have any of that in this town! You're gonna have grits." So among the many things John taught me is an appreciation of grits. I have thought of him often and will keep him and his family in my prayers. His hand prints will remain on all of the individuals and organizations for which he cared so much.
Matthew Morris
October 3, 2017
Far too often, we wait until our FRIENDS and FAMILY "graduate to heaven" to tell them how much we love them and how wonderful they are in this life. Guess I feel this way today, but, Dear John you can hear our thoughts and we MISS YOU ALREADY. So many wonderful things have been shared with me about our friend John. He was a leader, a volunteer, a great business man and a very KIND AND CONSIDERATE person. The greatest aspect of John's life here on earth was his EXAMPLE that he shared humbly with anyone who met him. Thank you, Brother John, you will be missed... but always loved. Beth and I are thankful and grateful to have known you!
Jim Easter
Friend
October 2, 2017
John was a kind, exceptional man. Such a kind soul. You are our loss and heavens gain.
donna j
October 1, 2017
John was a great friend who lead by example. He inspired me to be more generous, caring and thinking of others. He will be missed. May all those whom he loved be richly blessed.
Bill Alsup
October 1, 2017
A great loss for all of Cheatham County and his many, many friends. John's great works and selfless enthusiasm for humanity will live on in our hearts forever. Rest in Peace my friend.
Betty Broz
September 30, 2017
Jim and family...I am so sorry for your loss. John was a very special person and has done so very much for his community. Veronica Fox
Veronica Fox
September 29, 2017
What a tremendous loss for all his friends, for Cheatham County, for Ashland City, and for all the many many charities John has offered his time, talent, and money to help enrich. And what a tremendous gain for the good Lord. I just know John will be in the front row.
John Lindahl
Friend
September 29, 2017
Showing 1 - 10 of 10 results