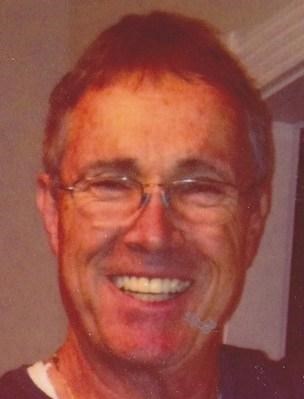 Mark Michael Griffin passed away on October 29, 2014, peacefully at his home in Nashville. Mark fought a courageous battle against cancer with dignity and grace.

Mark is survived by his brothers, Daniel, Gerard, Justin, Patrick, and his sister, Maryanne (O'Neil). Mark was the loving uncle to several nieces and nephews. He loved them all dearly. Mark's wife Julie was the love of his life. He was a dedicated and loving husband.

He was born in Brooklyn, NY, and raised in Fairlawn, NJ, and Cleveland, OH, before relocating to Nashville more than 17 years ago. Mark was an accomplished story teller when friends and family gathered. He could make anyone laugh and feel special when he was "holding court." Mark had a gift for making people know that they are important and loved. He was incredibly generous and kind, often volunteering to help others, even during his illness. He had a passion for life and was grateful for what most would consider mundane and trivial. Mark was a 4th degree member of the Knights Of Columbus and an avid golfer and runner. His presence will be missed by his friends and family.

Mark's family would like to thank the kindness and special care he received from the Sarah Cannon nurses, and the overwhelming generosity of the Nashville Wraps family that allowed him to spend every moment of every day with his wife Julie during his illness.

Visitation will be at West Harpeth Funeral Home, 6962 Charlotte Pike, Nashville, on Sunday, November 2, from 2-5 p.m.

A funeral Mass will be held at Christ the King Catholic Church, 3001 Belmont Blvd., Nashville, on Monday, November 3, at 10 a.m.

In lieu of flowers, the family has requested donations be made to the American Cancer Society Patient Services, 2000 Charlotte Ave., Nashville, TN 37203.


Published by Tennessean on Nov. 1, 2014.
To plant trees in memory, please visit the Sympathy Store.
MEMORIAL EVENTS
To offer your sympathy during this difficult time, you can now have memorial trees planted in a National Forest in memory of your loved one.
Funeral services provided by:
West Harpeth Funeral Home
MAKE A DONATION
Please consider a donation as requested by the family.
MEMORIES & CONDOLENCES
7 Entries
Jules, I am so very sorry about Mark. I was trying to find you. Have had you on my mind for some time and when I looked you up, I found this. My heart is broken for you. Please know I am praying for you. I will always remember you telling the best stories about Mark. What a wonderful legacy he leaves behind. Please know I love you and am praying for you!

Kelly West
Kelly West
March 2, 2015
Dearest Julie,
Mark was one of the good guys, and he sure knew how to pick them! You are in my prayers daily, and I also want you to know that the world was made better for people like him, and that the world continues to amaze us, and I want you to know that Mark's legacy lives on in you, and you do amaze all of us with your kindness and love. I hope I can help in your time of need. I am here for you anytime, any day. Hugs, Donna Ritchie
December 13, 2014
Mark my dear friend, I am richer for knowing you. I am saddened deeply knowing that I won't get to hear another story, or get to talk with you again. You will always remain close and dear to my heart.
Jules, My deepest heartfelt sympathy for your loss. ??
Connie Balthrop
November 15, 2014
Mark always seemed to be a perfect match for my sister-in-law's only sister, Julie. We know you are completely devastated right now. No words can ease your pain, Julie. But you have not been abandoned. Besides the love of your sister, your brothers, your many nieces and nephews, your mother, God has not left you. We pray you will hold tight to Him while you pass through this valley. Our prayers are with you.
Psalm 30:5
The Bakers
November 1, 2014
What a wonderful picture of Mark. He had such a beautiful smile. I am eternally grateful for God's gift of Dan and Robin being there with him and Julie physically, as well as, spiritually. He can now rest comfortably with St. Ilene and Justin. I will never forget Mark's sharp wit and dry sense of humor. He will surely be missed. All my love to the family and my sister.
Laurie Baumholtz
November 1, 2014
My deepest sympathies to Mark's wife and his entire family. I worked with Mark and yes he was indeed a character! Enjoyed many conversations between the two of us. Rest in peace my friend and may God comfort your family and friends during this time of grieving. Brian
Brian Pepo
November 1, 2014
To the Griffin family. I worked at Fedex with him. I would see him often on my route. I'm so sorry for your loss, and yes he will be greatly missed.Yes he was a great story teller and could make anyone laugh. Again sorry for you loss.
netra mcvay
November 1, 2014
Showing 1 - 7 of 7 results