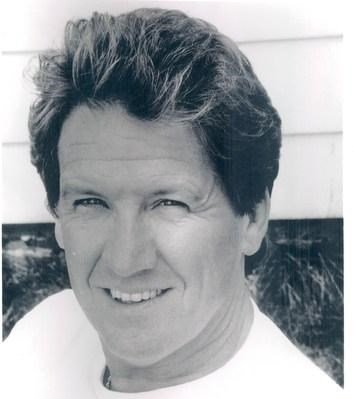 Nelson Augustus Larkin, age 70, passed away peacefully to be with the Lord.

He is preceded in death by his mother, Ruth Hall Larkin and father, Lemuel Augustus Larkin.

Nelson was born in Huntland, TN. He worked at Redstone Arsenal where he met his wife. They moved to Nashville, TN in 1972, where he began a colorful and successful 40 year career in the music industry as a record producer, independent label and studio owner, major label executive, song-publisher and songwriter. While making his mark in the business world, Nelson kept the creative side top priority: "Take care of music and it will take care of you" was his guiding philosophy. It was once said that he was a song & song writer oriented person He was all about the song. Among his many music accolades, he was the first producer, in any genre, to earn four number one singles off the same album, and followed that up with many consecutive number one singles. He worked with a variety of artists including: Toby Keith, Earl Thomas Conley, Billy Joel Royal, Freddy Hart, Johnny Rodriguez, Lynn Anderson, Billy "Crash" Craddock and T. Graham Brown.

Nelson was a faithful member of Johnson's Chapel United Methodist Church, was a board member to EAR Foundation, St. Jude's Children's Hospital, and a supporter of the Pancreatic Cancer Action Network. He was a devoted husband, loving father, doting "Poppy", enjoyed playing golf with his buddies at Temple Hills Golf Club and was an avid Tennessee Volunteer fan. He was happiest when spending time with family and friends.


Published by The Tennessean on Nov. 20, 2013.
To plant trees in memory, please visit the Sympathy Store.
MEMORIAL EVENTS
To offer your sympathy during this difficult time, you can now have memorial trees planted in a National Forest in memory of your loved one.
Funeral services provided by:
Harpeth Hills Memory Gardens, Funeral Home & Cremation Center - Nashville
MAKE A DONATION
MEMORIES & CONDOLENCES
Sponsored by Len Doolin and Sunbird Records.
33 Entries
It’s amazing to think how quick 7 years has gone by.... it also amazes me how many times I think of Nelson and ML. I sure do miss ya ole friend. Len Doolin
Len Doolin
Coworker
November 14, 2020
RIP
M K
January 25, 2016
Mary Louis, I just now saw the Obituary on Nelson and was totally stunned to know he had passed. I want to say that I really wished I would not have lost contact with him over the years. Some of the best times in the Music Industry for me was when Nelson and I worked together. Mary Louis my thoughts and prayers are with you and your family. I am going to miss Nelson. He was my friend!
Glenn (Beau) Barber
April 8, 2014
Hey ML, I just heard about Nelson a couple weeks ago. I'm so sorry I didn't hear sooner. I'm most sorry for your loss and your family's!! I'm also devastated for the loss of a great man and a great friend. Nelson believed in me from the day I met him, and there was something about him that made me feel I could trust him. Which we all know is very rare in Nashville!! We made some great records together, and I'm eternally grateful for that. We also had some good laughs outside of the office too!! Please stay in touch, and if there is anything you ever need don't hesitate to call or email!!


"Nobody grows old merely by living a number of years. We grow old by deserting our ideals.
Years may wrinkle the skin, but to give up enthusiasm wrinkles the soul
Len Doolin
February 28, 2014
I have many fond memories of Nelson and Mary. I am praying for peace and comfort to all those who will miss him in this life. God bless!
Donna Markham Ramsey
November 29, 2013
So Sorry to hear about your loss. Thoughts and prayers to all of the family. May God comfort all of you during this time.
Melinda Calvert
November 23, 2013
So sorry to hear of your loss. My thoughts and prayers are with the family Of Mr. Nelson Larkin. May God comfort you during this time.
Melinda Carter
November 23, 2013
Stacy, I wanted to let you know you and your family will be in my thoughts. Your father will be missed by many. In memories he will be with you for ever.
Jim Maxwell, Russellville,Ky.
November 23, 2013
Stacey - I'm so sorry for your loss. My thoughts & prayers are with you & your family! Love & hugs! A.K.
A.K. Schleusner
November 22, 2013
ML and family,
Nelson was one of a kind...he was good to me and I will never forget him. Take care and know my thoughts and prayers are with you all. As Robin Lee said so well, Nelson was "the Prince of Music Row". Bruce Burch
November 22, 2013
Mary, Ronnie, John,

It has been years since I saw y'all, and I am so sorry to hear about Nelson. I have some great memories of him during our time at Huntland High School. God bless you and hold you in the palm of His hand during this time.
Helen Schultz
November 22, 2013 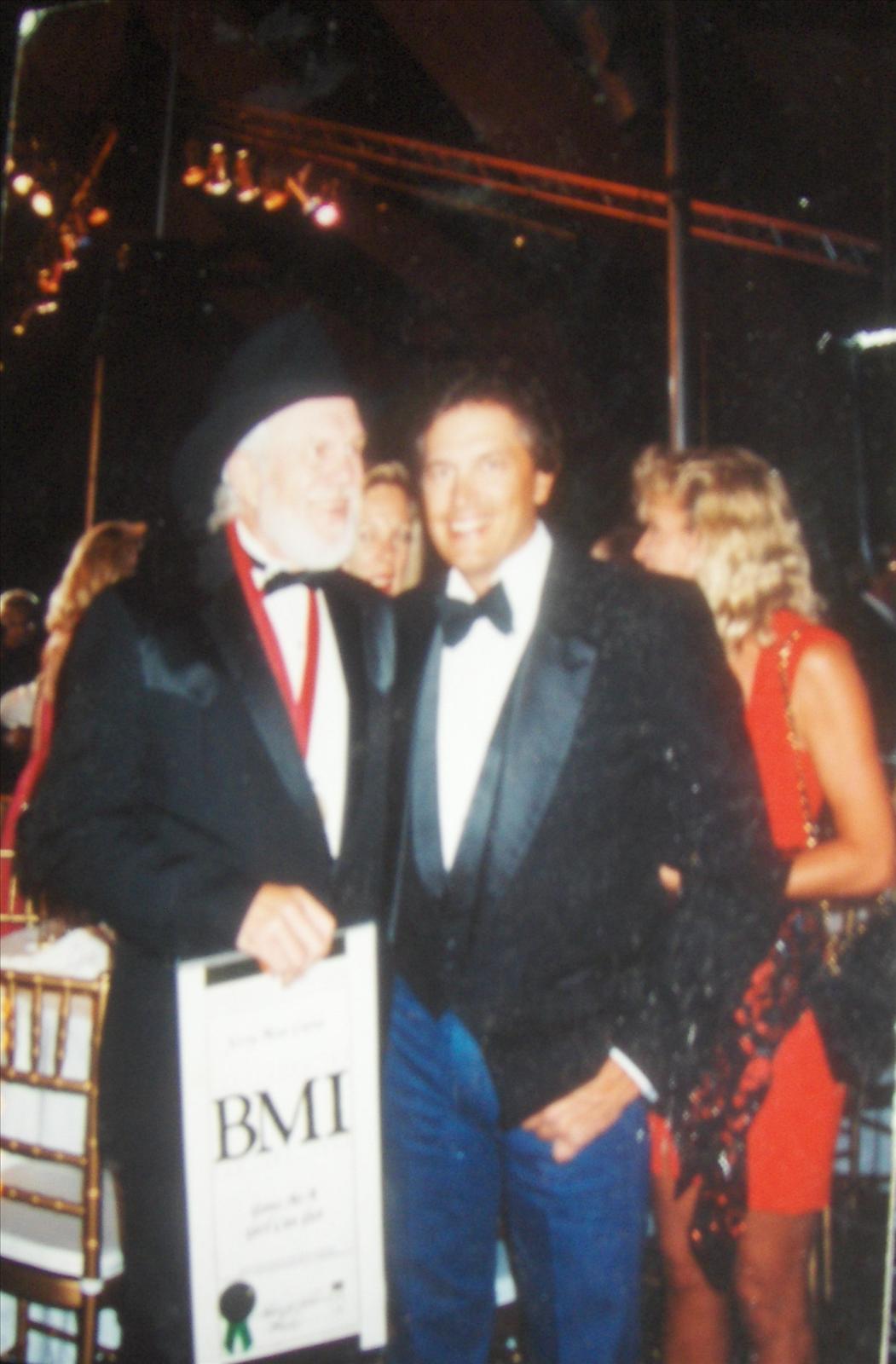 jerry max lane,truly respected and loved Nelson.. i talked to Nelson 4 weeks ago . his hopes were so high in beating this ,AND EXCITED ABOUT HIS NEW PROJECT .what a great man ! our loss and god's beautiful gain .... jeannie max and jerry max lane
JERRY MAX LANE
November 21, 2013
Mary and Family,

It's been many years since I last seen Nelson, he would enter my thoughts almost daily, and with every thought it brought a big smile. Nelson was an inspiration and a real joy to work with. He will be missed by many !

God Bless you and your family

Warren Stevens
November 21, 2013
Mary, I will always think of Nelson with a smile on his face, a twinkle in his eye and a friendly "hello". So sorry for your loss, my dear friend.
Cathy Hoot
November 20, 2013
Nelson had a great smile and laugh...it was always fun playing songs for him
Al Cooley
November 20, 2013
Ml,Tiff and Stacey you have my greatest sympathy. Nellie was my partner for 32 years I will sure miss him
Curly Corwin
November 20, 2013
Nelson was the first to believe in Earl and ultimately me. He was always the most generous and tolerant of all the early influences. We would not have had a career without him. Fred Conley
Fred Conley
November 20, 2013
I loved working with Nelson over the years,always a joy,I'll miss him
Larry Byrom
November 20, 2013
Mary, Bill & I are so sorry and Nelson will be truly missed at Johnsons Chapel.
Much love, Judy & Bill Fisher
November 20, 2013
I loved working with Nelson on that 1st Toby Keith record. I was in the A&R Admin dept at Mercury. He was always such a nice guy. Very talented man. He will be missed! RIP Nelson.
Juanita Copeland
November 20, 2013
So sorry for this loss. Nelson was a good man. He will be missed. David Johnson
David Johnson
November 20, 2013
So sorry to learn of Nelson's passing. I graduated a few years after Nelson at Huntland High School. While he was a student there, he won the national 4-H club speaking contest in Chicago, another great accomplishment.
Larry Russell
November 20, 2013
Mary, I am so sorry to hear of Nelsons passing. God bless you and your family.

You may not remember me but I worked with Nelson at GE. We had some great times together.

Royce Butler
November 20, 2013
Our prayers and thoughts are with you, Mary, and your family. Love and God's blessings.
Bill and Margie Scott
November 20, 2013
Deepest sympathies from a long time colleague. I wish you and your family ...
peace.
Sharon Vaughn
November 20, 2013
Sadness from Corpus Christi. He was a hell of a guy and talent...We had many "Adventures!"
Dr.Bruce Nelson Stratton
November 20, 2013
Mary, Tiff and Stacy, What a gifted, sweet guy!
We all loved him and in the midst of such pain his faith was so evident. He taught us well how to trust.
The smile on his face said it all.
Love you all, Julie
Julie Haley
November 19, 2013 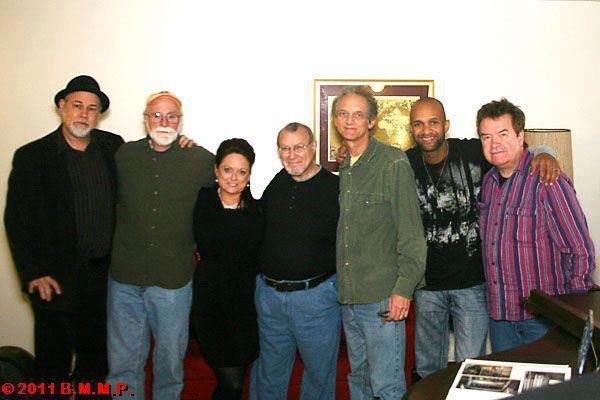 My heart goes out to you. Such a hard loss. <3
Ticia Mccloud
November 19, 2013
M.L., So sorry. Long time no see, but did get to meet with Nelson about 3 weeks ago at his office. So happy that I did. My thoughts & prayers are with you and the family. Randy Howard, Lynchburg, TN.
Randy Howard
November 19, 2013
Mary, I am so sorry to hear this. Nelson was a bright light to many and we will all miss him. What a wonderful, wonderful man. LaRawn
November 19, 2013 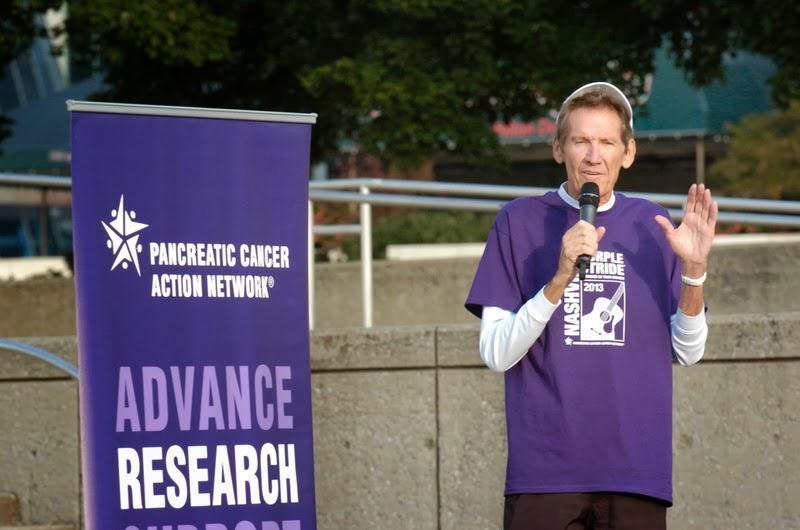 On behalf of the entire Pancreatic Cancer Action Network, please accept my sincerest condolences on the loss of this very special man. He inspired so many of us who listened as he so passionately spoke about his journey with pancreatic cancer and the hope he held to survive the disease.

We will always remember Nelson's warm smile that came from his passionate heart and the love that radiated around his entire being.

Sending love to Mary and the family. . .
Pamela Acosta Marquardt
November 19, 2013
We are friends with your sister, Betty and have kept in touch through her. She loved you very much and I know that was reciprocal. She is a great person and I know a wonderful sister to you and your family. My wife is now fighting pancreatic cancer and we are still on that journey. Our condolences to all your family. Roy and Joyce Brookshire
November 19, 2013
So sorry. what a good fight he fought. Thankyou for all the support to PanCan!!!! I hope he sees Merlin in Heaven!
Eileen Littlefield
November 19, 2013
Showing 1 - 33 of 33 results