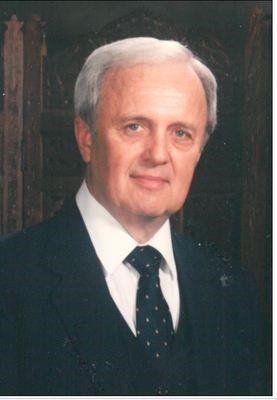 Murfreesboro - Robert Alden Brown, 89, passed away December 12, 2017 in Nashville, TN. Born on August 3, 1928 in Sewanee, TN, he was the son of Neuberne Henry Brown and Myron Swan Brown. He graduated from Vanderbilt University with a Bachelor of Science and Vanderbilt Law School with LLB and JD degrees. Mr. Brown was a member of Beta Theta Phi social fraternity and Phi Delta Phi legal fraternity while at Vanderbilt. He served in the US Navy as a communications officer in a destroyer division and upon returning to Nashville practiced law for several years. Most of his business career was spent in rehabilitating businesses and he was CEO at Allvan Corporation, a truck body and Curtainsider manufacturing business in Lavergne, TN. Mr. Brown was a leader in the business community and a mentor to many over the years. He was a member of the Nashville Bar Association, the Tennessee Bar Association and Rotary International.

A celebration of his life will be held at Brentwood United Methodist Church on Tuesday, December 19 at 5 PM. The family will receive friends an hour and half prior to service at church. Murfreesboro Funeral Home will host a visitation on Wednesday, December 20 at 1 PM with interment afterwards in the Washington-Smith Cemetery. In lieu of flowers, the family requests donations in his name to Alive Hospice (Nashville, TN) and to the Recovery Aide Fund of Brentwood United Methodist Church.


Published by Tennessean on Dec. 15, 2017.
To plant trees in memory, please visit the Sympathy Store.
MEMORIAL EVENTS
Dec
19
Visitation
3:30p.m. - 5:00p.m.
Brentwood United Methodist Church
TN
Dec
19
Celebration of Life
5:00p.m.
Brentwood United Methodist Church
TN
Dec
20
Visitation
1:00p.m.
Murfreesboro Funeral Home & Cremation Services
145 Innsbrooke Blvd, Murfreesboro, TN
Funeral services provided by:
Murfreesboro Funeral Home & Cremation Services
MAKE A DONATION
MEMORIES & CONDOLENCES
Sponsored by Murfreesboro Funeral Home & Cremation Services.
3 Entries
May your hearts soon be filled with wonderful memories of joyful times together as you celebrate a life well lived.
June 16, 2018
I am very sorry to hear of the loss of your loved one. One day many will have the opportunity to live again. May the hope of everlasting life sustain and comfort you during this difficult time. John 17:3
Louise Brown
Neighbor
January 10, 2018
I am sorry for you loss/ May God bring you comfort.
Dan Reed
January 6, 2018
Showing 1 - 3 of 3 results