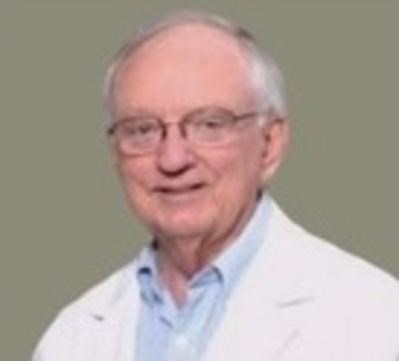 He graduated from George Washington High School in Danville, VA, and attended the University of Virginia for both his undergraduate studies and medical school. Dr. Cotton began his career in Neonatology at Vanderbilt in 1972 as a Clinical and Research Fellow. He then joined the faculty in the Division of Neonatology at Vanderbilt University, attaining the rank of Professor in 1985. He served as the Director for the Division of Neonatology from 1989-2003, during which time he was responsible for training over 40 post-doctoral fellows in Neonatal-Perinatal Medicine. His research contributions have had long-lasting impacts on the care of newborns and he was an exceptional clinician and passionate teacher.

His professional career at Vanderbilt was complemented by a passion for sailboat competition, an avocation he enjoyed with Anne, his wife of 49 years. He was a longstanding member of Harbor Island Yacht Club and previously served as Commodore. He touched many lives and was known for his quick, dry wit, love of people, and boundless curiosity.

A Memorial service will be held on Sunday, January 11th at 3 p.m., at Benton Chapel on the Vanderbilt University campus, with visitation after the service.

In lieu of flowers, donations may be made to the "Vanderbilt University School of Medicine Department of Pediatrics," in memory of Dr. Robert Cotton. The donations will support the Robert B. Cotton, MD Memorial Lectureship, which is being established to honor his legacy of extraordinary service and achievements. Donations may be sent to: Vanderbilt University Gift Processing, PMB 407727, 2301 Vanderbilt Place, Nashville, TN 37240-7727.

Published by Tennessean on Jan. 7, 2015.
To plant trees in memory, please visit the Sympathy Store.
MEMORIAL EVENTS
To offer your sympathy during this difficult time, you can now have memorial trees planted in a National Forest in memory of your loved one.
Funeral services provided by:
Mount Olivet Funeral Home | Nashville Cemetery
MAKE A DONATION
MEMORIES & CONDOLENCES
22 Entries
Dear Mrs Cotton,
I have just learned Dr Cotton's passing and very sad about it.He accepted me as a visiting fellow and had great inspirations on me.Learned alot about neaonatology from him...he will be missed alot...
Faruk Alpay
March 15, 2015
Bob was a great mentor while I was in fellowship. It was always a joy to get to see him subsequently at various neonatology meetings.
Bill Sexson
February 18, 2015
Families served,infants saved ,friends and trainees enabled-we all thank Bob for his many gifts and kindness to all.Jeff Whitsett-Cincinnati,Ohio
jeffrey whitsett
January 30, 2015
Bob was a "giant" in neonatology. He will be missed by all of us who care for newborn infants.
Richard Polin
January 29, 2015
Dear Anne
I just read of Bob's passing. I never knew he was an amazing neonatologist. I just knew he was an amazing host at the Bluenose. Who's going to write that Amber fluid email? Who's going to fill the whole room with warmth on Friday night? Who's going to sail that red boat? Darn it, I will miss him. I'm sorry I didn't know about this sooner. I feel for your loss. And I hate it in those perfect moments when the pieces who made 'em perfect aren't in their places.
Bill Faude
January 26, 2015
I was a nurse in the NICU from 1978-81 and fondly remember Dr. Cotton and his compassion and great sense of humor. He was an outstanding man and teacher. May good memories be with you during this time.
Sally White Davis
January 12, 2015
Dear Anne and family,

Bob was a good friend and great mentor. He was always seeking knowledge and expected the same from everyone, in a kind spirited way that was his own style. He will be missed. Rob and Cindy
January 10, 2015
I had the privilege to work with Dr. Cotton for several years. He was a wonderful man and doctor, and he made me laugh. I so enjoyed the Cotton "fellow" celebrations.

My thoughts and prayers are with all of you. The care of preemies has been greatly enhanced by Dr. Cotton's research and care.
January 9, 2015
Greetings from Kansas City.
Bob was a friend and colleague for many years and I know of no one who better exemplified the term: gentleman and scholar.
He was a joy to be around and through his kindness and thoughtfulness towards all, he earned the respect of so many.
I miss his spirit and his counsel.
William E.Truog MD
January 9, 2015
Dear Anne & Family,

Dr Bob certainly enriched my life. Proud and fortunate to be his friend. Always a laugh from Bob and a smile from Anne every time we met.

My sympathies for your loss. One of the bright lights around Old Hickory has passed and we all are saddened. I feel Bob has helped make my life, and many other lives, richer. I will be thinking of you.
Thomas Allen
January 8, 2015
Dear Mrs. Cotton and Family,
I was very saddened to learn of Dr. Cotton's passing and he had a tremendous impact on my career in pharmacy. He was a true scholar and colleague who encouraged contirbutions by multiple disciplines to improve the healthcare of neonates and their families. Thank you for sharing him with so many and he made all of us better for having known him. May God be so very close to you in this time of loss and please know of my prayers.
With Sympathy, David Gregory
David Gregory
January 7, 2015
The Cotton Family has been an inspiration to me. That will always continue. I think about you much.
Batton Kennon
January 7, 2015
Dear Family,
I am greatly saddened at the news of Bob's passing. We became aquainted through the meetings of the International Perinatal Collegium, of which he was a member of long standing. Bob was a very warm, friendly and outgoing person who, in spite of his great professional accomplishments, was never known to boast. He was truly a giant in our field of neonatology, and will be greatly missed.
Thor WR Hansen
January 7, 2015
Dear Mrs. Cotton,
Dr. Cotton was a great inspiration to me as a fellow. I frequently found myself as his fellow the months he was on service and enjoyed every one of them as he was always eager to teach. I have always tried to take some aspect of who I am as a physician from those that I admired. I am privileged to say that I am part of Bob Cotton's legacy.
I regret I will be out of the state this weekend and will not be able to attend the memorial, but you and your family will be in my prayers.
Scott Guthrie
January 6, 2015
Dear Anne, Elizabeth and Scott

Please accept my heartfelt and deepest sympathy for your loss. For me and many others, Bob was an inspirational leader, an exemplary physician, a superb teacher and a true gentleman. He has left an indelible mark and we will miss him dearly. May you find consolation in cherished memories, the love of family, and the embrace of friends and colleagues. My thoughts and prayers are with you and all my Vanderbilt friends and colleagues during this difficult time.
Annick D. Van den Abbeele, MD
January 6, 2015
Dear Mrs. Cotton.
My sincere condolences to you and your family. Dr. Cotton was a good mentor to me when I was a fellow, and I always appreciated his trust in me as a fellow and giving me the opportunity to learn from the best Neonatal teachers. My prayers and thoughts are with you all.
Michelle Chiu
January 6, 2015
Bob was an inspiration to me in my young career in Pediatrics. He had a wonderful way of teaching using simultaneous kindness and firm didactics. I have enjoyed knowing him all these years. My blessings and comfort are extended to the family who I know will miss him very much. - Jennifer Najjar MD
January 6, 2015
Dear Anne, Bob will be sorely missed by his colleagues at Vanderbilt and around the world. I thank him for taking a chance and hiring me in 1992. I regret I will be out of state on Sunday and pray for peace for you and your family. Bill Walsh
William Walsh
January 6, 2015
Captain, my Captain.