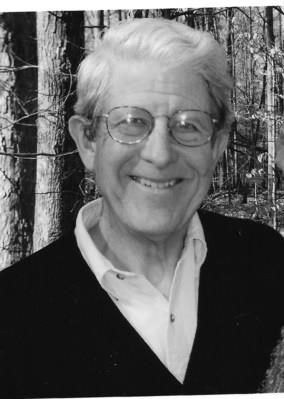 Born on June 5, 1935, in Nashville to Robert and Jane McKelvey Harwell, he is survived by his wife of 57 years, Elizabeth Creighton Harwell; children, Jane (Dan Whittle) of Carrboro, NC, Rob III of Chapel Hill, NC, and Tom (Clark Elam), of Nashville; grandchildren Emery, Dale, Gordon, Caroline, Thomas, and Will Harwell; and by his two brothers, Jonathan Harwell and Coleman Harwell and their families.

Rob graduated from, and was a loyal supporter of, the Peabody Demonstration School, Deerfield Academy, and Vanderbilt University (Class of 1957).

After serving two years in the US Navy, he studied for a year at the Yale Divinity School before rejoining the Deerfield community as an English teacher and admissions officer.

After his father's death in 1966, Rob returned to Nashville to join the management of Neely Harwell and Co. and Phillips and Quarles Hardware.

Always interested in education, Rob served as chairman of the board of Ensworth School and on the Board of Visitors of Vanderbilt Divinity School. He chaired the board of the Mental Health Association, served on the Parthenon Conservancy Board, and was an elder and longtime choir member of Westminster Presbyterian Church.

Rob loved his Nashville associations and was a rich repository of local history, and a quiet supporter of many local organizations.

Rob loved music, storytelling, and the outdoors. He took the Jack Tales and his guitar to entertain children and adults in schools, churches, libraries and parks.

He shared stories with friends in the Coffee House Club, rode with the Hillsboro Hounds, and played guitar with a group called the Outbound Freight.

A celebration of Rob's life will be held at Westminster Presbyterian Church on Saturday, January 9. Visitation will begin at 9:30 AM followed by the service at 11:30.

Rob's family thanks all who have loved and cared for him.

Published by Tennessean from Jan. 6 to Jan. 8, 2016.
To plant trees in memory, please visit the Sympathy Store.
MEMORIAL EVENTS
To offer your sympathy during this difficult time, you can now have memorial trees planted in a National Forest in memory of your loved one.
MAKE A DONATION
MEMORIES & CONDOLENCES
6 Entries
Some higher light has prompted thoughts of Rob, albeit several months late. He was indeed a very special person and I'm grateful to have known him, as I am for our Nashville connection. I send deep sympathy to his family.
Claibome Watkins Dawes
March 12, 2016
Bob delighted so many with his stories! He was a loyal officer and supporter of Volunteer State Tellers, Tennessee's statewide storytelling organization.
Shelley Gotterer
February 24, 2016
My grandfather was one of the bravest man to live
Caroline Harwell
February 10, 2016
Rob's light shone in steady and transforming ways, never pretentious or praise-seeking, and genuinely and continuously generous. Like the music he made and the stories he told, he was and is a gift, a nurturing presence, alive in us. I thank you, and I celebrate you, Rob...........
Bud Upshaw
January 8, 2016
Rob Harwell was a fine, thoughtful, caring man. The beginning words from one of Shakespeare's sonnets are perfect for celebrating his life appropriately: "Who is it that says most which can say more than this rich praise --- that you alone are you?"
Edward Vickery
January 8, 2016
Rob was such a giving friend and made such an impact on the community.
He has left a " hole " in Nashville.
Watt Crockett
January 7, 2016
Showing 1 - 6 of 6 results