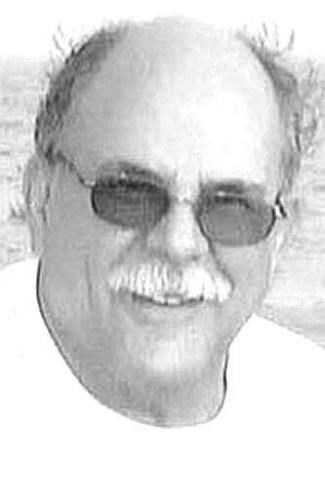 His loving wife Madelyn C. Roote and Jim would have celebrated their 26th wedding anniversary on Oct. 15.

Born on Sept. 27, 1950, in Niagara Falls, New York, Jim was one of three children born to the late Michael J. (Bartosewich) Barto and Lottie (Krispin) Barto.

Raised in Niagara Falls, Jim was a graduate of LaSalle Senior High School (class of '68), and the State University of New York at Fredonia where, in 1972, he attained his Bachelor's Degree in Secondary Education with a concentration in History. Later, he went on to do continuing education studies at Penn State University at its main and Wilkes-Barre campuses.

Prior to his retirement, Jim was employed for 33 years as the transportation manager for Penguin Group USA, Pittston Township, where he was well loved and respected by his peers and direct reports, and in return he appreciated and cared for all — often visiting them after retirement. Jim shared his professional passion for supply chain management with the local Traffic Club acting as President for several years.

As a young man, he worked as a lifeguard, continuing that role with his grandchildren, nieces and nephews throughout his life. Following college Jim served in the Peace Corps, teaching English as a Second Language in the Marshall Islands. He also worked for HUD following the Agnes Flood of 1972; for Warren Products, West Pittston; for the Lehigh Valley Railroad in New York City, Newark, N.J. and Philadelphia; and as a deli worker in Harding, a job he truly enjoyed.

God and country were important to Jim and he always put others before himself. Jim was an active member of Trucksville United Methodist Church, where he served on its Board of Trustees, the Staff Parish Relations Committee and most recently, the Finance Committee. Jim was honored to serve as a confirmation mentor. He was the self-proclaimed church "assistant secretary" and acted as the unofficial "meat manager" for the Back Mountain Food Pantry housed at the church. He prayed daily and asked God to put someone in his path that he could help. Jim pushed many folks experiencing car trouble off the road, ran errands for many, and humbly performed countless good deeds without expecting thanks.

Jim was also well known for his sweet tooth. His mom's pineapple squares were his favorite which only his sister Barbara can match. He shared his mom's love for chocolate and looked forward to his daughter Cathy's visits which were always accompanied by her chocolate chip cookies. He also enjoyed his sister-in-law Alyce's homemade rice pudding. A good piece of frosted cake was always welcome too.

Jim's passion for cars began at an early age when he left the boy scouts to work on racecars with a childhood friend. He greatly enjoyed going to car shows, watching automobile auctions, and knew the make, model, and year of just about every car. He also had a great appreciation of trains throughout his life.

The study and appreciation of history was a focal point in Jim's life. He enjoyed visiting countless historical landmarks and battle grounds often stopping on country roads when he visited his daughter Melissa when she lived in Virginia. In fact, his love for history was so strong that he was known to be the first one to enter a museum and the last one to leave!

Having a great respect for nature, he lived by the motto "take only pictures, leave only footprints." As a college student, he gave tours of Niagara Falls, and in more recent years he enjoyed amateur photography. Jim won the Best of Show at the Luzerne County Fair for one of many beautiful pictures he captured while visiting his brother David in Alaska.

He introduced his wife to stargazing and then enjoyed their special trips to the Potter County and the Pennsylvania Grand Canyon to see the spectacular night skies. During his visits with his grandchildren, Sylvie and Jack, he reveled in all the treasures they collected along the way. His favorite season was winter. He often joked that he attended the "Michael J. Barto School of Snow Removal."

Jim prided himself on knowing the lyrics to countless songs. His taste in music was vast from classical to rock and roll and he especially loved the songs from the '50s and '60s. His all-time favorite song, which he sang often at any time of year, was "Let it Snow!" Some of Jim's other enjoyments were playing games of trivia, cheering on his favorite teams, the Buffalo Bills and the Penn State Nittany Lions, and watching AFL games. He was an avid fan of Mel Brooks' movies often quoting lines — "Put the candle back".

Above all, Jim was a loving, supportive, and devoted son, brother, husband, father, father-in-law, grandfather, uncle, nephew, cousin and friend! He was a humble, strong, supportive, loving, dependable family man. Although his presence will be missed beyond words, the legacy he leaves behind will surely live on in our hearts forever. He was an organ donor - his final act of kindness.

In addition to his parents, Michael and Lottie Barto, Jim was preceded in death by his godparents, Joseph and Stella Skupien; his dear uncle and aunt, Nicholas and Florence Barto; his beloved cousins and best friends, Nicholas Barto and Joseph Krispin; his father-in-law and mother-in-law, Richard "Dick" and Madeline Roote; his brothers-in-law and sisters-in-law, Leonard "Bud" Roote and wife, Sally; Jerrold Roote, John E. Roote; Chester Kuzma; and Michele Roote; his beloved aunts and uncles and cousins; and his beloved dogs, Cuddles and Rudy.

Interment will follow in Saint Hedwig's Cemetery, Larksville, where Jim will be laid to rest with his parents.

For additional information or to send the Barto family an online message of condolence, you may visit the funeral home's website, www.wroblewskifuneralhome.com, or Facebook page.

Published by The Abington Journal from Sep. 21 to Sep. 22, 2021.
To plant trees in memory, please visit the Sympathy Store.
MEMORIAL EVENTS
Sep
22
Visitation
4:00p.m. - 7:00p.m.
Joseph L Wroblewski Funeral Home
1442 Wyoming Ave, Forty Fort, PA
Sep
23
Visitation
9:30a.m. - 10:45a.m.
Trucksville United Methodist Church
17 W. Church Road, Trucksville, PA
Sep
23
Celebration of Life
11:00a.m.
Trucksville United Methodist Church
17 West Church Road, Trucksville, PA
Funeral services provided by:
Joseph L Wroblewski Funeral Home
MAKE A DONATION
MEMORIES & CONDOLENCES
8 Entries
Gone too soon. Prayers to family and friends.
Liz Barber
September 22, 2021
My condolences to all who were part of Jim's world. He's the most personable and professional person I ever worked with .. I worked with him for over 25 years at Penguin. He's also one of the best human beings I've ever known! I, and the planet, will truly miss him .. RIP Jim.
David P Bigelow
Work
September 21, 2021
Very sorry to hear of Jim´s passing. My deepest condolences to his family. I worked with him at Penguin, he was such a good person. RIP Jim.
Elke Smith
Work
September 21, 2021
Our thoughts and prayers go out to Jim's family. I worked with him at Uncle Al's. He was always a great guy.
Barb & Jerry Christopher
Work
September 21, 2021
I am very sorry to hear of Jim's passing. My deepest condolences to his wife Madeline and family. I remember the time my windshield wipers were frozen and Jim fixed them for my trip back from Pittston to NJ. May he rest in peace.
Lisa Pascarello
Work
September 21, 2021
So Sorry To Hear Of Jim´s Passing I Used To Work With Him At Penguin Group He Was A Great Guy
Carolyn Mishkel
September 21, 2021
Words can not express how sorry I am to hear that Jim is no longer with us. I offer my deepest condolences to you Madeline and the rest of the family. I pray Jesus give you strength to get through this time.
Keri McDermott
September 21, 2021
So sorry to hear the passing of Jim I knew Jim for a long time I had work with Jim at penguin group such a great guy prayers are with you and your family
Louise Starzec
Work
September 20, 2021
Showing 1 - 8 of 8 results