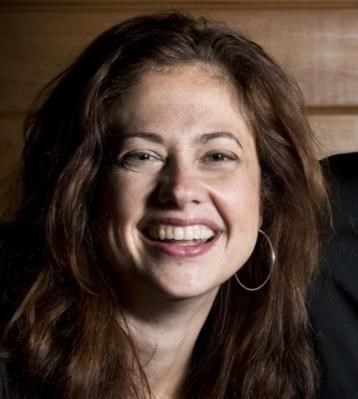 RAYNE - Funeral services will be held at St. Joseph Catholic Church, Friday, March 28, 2014 at 11:00 am Mass of Christian Burial for Suzanne Therese Bercier, 39, who died Monday, March 24, 2014 at her parents residence in Roberts Cove, LA peacefully with her family.

Interment will be in the St. Leo IV Cemetery in Roberts Cove, LA.

Suzanne was the office manager and Expanded DailyDental Assistant for Bercier Family Dentistry in Rayne, LA.Suzanne was a member of St. Leo IV Catholic Church and its Right to Life Coordinator, and was a delegate of the Republican of Louisiana State Central Committee and volunteer at the Women's Center of Lafayette, LA.

The family would like to thank the caregivers of Heart of Hospice.

The family would like donation to be made in Suzanne Therese Bercier name to, Carmelite Monastery and the Desormeaux Foundation and Women's Center of Lafayette, LA.

Friends may view the obituary and guestbook online at www.gossenfuneralhome.net.


To plant trees in memory, please visit our Sympathy Store.
Published by The Advertiser on Mar. 26, 2014.
MEMORIAL EVENTS
No memorial events are currently scheduled.
To offer your sympathy during this difficult time, you can now have memorial trees planted in a National Forest in memory of your loved one.
Funeral services provided by:
Gossen Funeral Home Inc
MEMORIES & CONDOLENCES
15 Entries
Dear Bercier family, we are praying for you, for every consolation, and the Peace which surpasses all understanding. Suzanne was such a bright light in my life, I am so grateful for the time I had with her. Your whole family has been an incredible blessing to us, and we treasure the wonderful memories we have from our time together! Rest in Peace, my beautiful friend.
Michelle Foxhoven Sherman
April 4, 2014
Suzanne had the most beautiful spirit and smile. She will truly be missed. Our thoughts and prayers are with the entire Bercier family.
Alane and Bennett Deshotels
March 29, 2014
I'd been praying for her healing for a while and was deeply saddened to hear of her passing. But she's in a better place now.
March 29, 2014
My prayers are with you. Suzanne will always be a precious angel! Love always-Maria
Maria Kracher
March 28, 2014
Butch, Pat, and family, We are so very sorry for your loss. We know that this precious angel is still with us and now helping us from heaven. We will continue to remember you in our prayers.
Greg & Melinda Howze
March 27, 2014
Butch and Patricia. Please accept my heartfelt condolences. I never had the pleasure of meeting Suzanne, but knowing you'll I know she was a very caring and giving person. May God bless & care for her and her family she's leaving behind.
Michael Perrodin
March 26, 2014
I remember holding you in my arms aand rocking you to sleep when I babysat. Now you will have to that for me from heaven. I love you. Ros Hanks
March 26, 2014
As the days and weeks pass, and as you return to life's routine, may you continue to feel comforted by the love and support of family and friends.
March 26, 2014
I was blessed to have Suzanne in a couple of classes at Notre Dame Seminary's Master in Theology program. She was as beautiful soul as I have ever met. Requiescat In Pace. Prayers here for all her family members.
Paul Bernacchio
March 26, 2014
Dear Catherine and Bercier Family,
Please know how saddened we are for your tremendous loss. Suzanne was a beautiful girl with a beautiful spirit. I know how deep your faith is in the good Lord. She now is in His loving arms at complete peace. May your many years of your fond, loving memories sustain you and bring peace to your hearts. Her beautiful spirit will live on through each of you. You all will continue to be in our thoughts and prayers. God bless you, Love, Patti and Clay Judice
Patti Judice
March 26, 2014
Eternal Rest grant unto her and may perpetual light shine upon her. My heart is heavy & deeply saddened - the world has lost a bright light but heaven has gained a saint. Suzanne exuded purity, joy & good will toward all who encountered her. Knowing her through the M.A.program @ NDS was an honor and privilege. What a beautiful soul! My prayers & deepest sympathy to Suzanne's entire family. May God's mercy & comfort flood your hearts & minds, Susie MacKenzie
Susie Mackenzie
March 26, 2014
My thoughts and prayers are with you and your family. May God's gentle hand comfort you in your time of need.
Lisa Boihem
March 25, 2014
Suzanne, you were my closest kid cousin and greatest family childhood memory. I miss you. The legacy that you left in your wake is truely inspiring. Thank you for that gift. I love you.
Amanda Talbot
March 25, 2014
Suzanne, I remember your infectious joy when we first met as teenagers at a Magdalen summer program, and then again later at TMC. You have been in my thoughts and prayers these past years, and the grief of losing you so soon is tempered by the comfort of knowing you are reunited in friendship with Aimee. My prayers are with your family at this time.
Annie Nadler
March 25, 2014
Suzanne - one of the sweetest souls I have ever known. You were such a blessing to your family and friends. You showed such courage for one so young and beautiful. I know you are in a more peaceful place. May God bless your earthly family and give them peace.
Ann Moore
March 25, 2014
Showing 1 - 15 of 15 results